Later this summer, a trading platform called Zoop will debut as a place where fans can interact with celebrities and sports figures using unique avatars. Zoop is founded by Tim Stokely and RJ Phillips, both formerly of the wildly successful (if pornography-heavy) social media site OnlyFans. It’s inspired by the old-fashioned way baseball cards are traded and bought, but brought into the blockchain age. Recently Observer executive editor James Ledbetter interviewed Phillips; this transcript has been edited for length and clarity.

Observer: Zoop is interesting because it occupies this kind of Web 2.0, Web 3.0 space where fans can interact. Start by telling me how you got the idea?

Phillips: We wanted to bring 3D avatars to life and then ensure that they had massive utility and ensure that users weren’t circumvented from getting involved based on their technical knowhow. It’s meant to be super-low barrier to entry. But the idea is in the future that anyone that’s got a following or anyone that believes they’ve got a following is able to come to Zoop, upload their ID, have their base avatar created, and then let us get on with the themes. We then will drop these cool different additions of their avatar in different styles. And it’s then for the market to decide what price they want pay for them. They can go and do what they want with them: should it be they want to just collect them to receive rewards or collect them to join communities, or they could collect them and trade them directly for other avatars in our in-app game.

As I understand it, what you just described is down the road a little bit. At the outset you’re a little more focused on celebrities and sports figures.

We’re going to launch what we’ve called the rising stars, people with up to 5-7 million followers. There’s a hundred in each set in the rising star category. And then each week there’ll be new people added. The first people that we dropped in the first week will then have their second editions released the week afterwards. From day one, people will be able to collect these avatars to join communities. And some of those are sponsored brands.

Who do you think the target user is? Who’s going to come to Zoop and why?

That’s a really good question. We debate that a lot internally because we actually don’t know.  The one thing we can talk about from our past lives are where celebrities send their fans to go. We see clearly that this relationship between celebrity and fans is strong. What we also understand from the celebrities we speak to is independent NFT projects with no utility leave fans with a bad taste in their mouth, especially if they’re issued at the top of the market. We’ve seen that happen time and time again. These fans have been left holding something that they can’t do anything with. So what the celebrities like about what we’re doing, and they could be TikTokers from Japan, or they could be college baseball players, they like that Zoop provides some utility behind what we’re issuing.

What is the utility, exactly?

It’s the joining of those communities. You’re automatically put into a community of the celebrity that you’ve purchased when you have that avatar. It could be, for example, fans who support musical artists, but not the music label or the association above them. We can provide the direct-to-consumer relationship that they don’t have today.

What’s your business model? How will Zoop make money?

We charge small fees on people selling avatars into our secondary market. Then we also charge the brands for creating communities around what we’re doing as well.

These are NFTs, they’re blockchain based. I just wanted to be clear about that.

That’s a great question. I’m glad you asked. The word NFT does not appear on our website or in our marketing. Because that cuts off the users that we’re targeting, right? We’re 3D collectibles, we’re powered by the technology of NFTs. (Fans) don’t need to know that word to be able to interact with what we’re building. 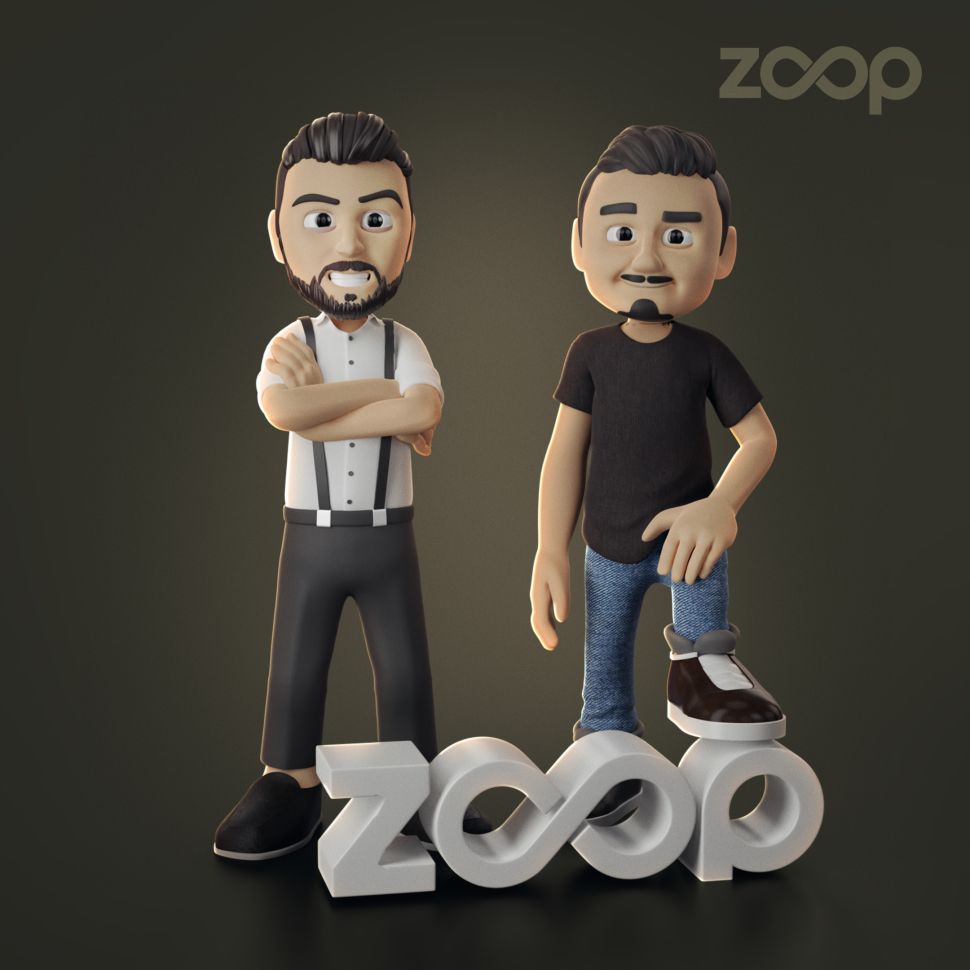