A park on New York’s Upper East Side has become embroiled in a social media battle between local dog owners. The issue concerns French bulldog meetups held in the small dog run in Carl Schurz Park, located on the East River by 86th Street.

Each week, 15 to 20 French bulldogs and their owners meet up in the dog park, an event organized by the Instagram account Frenchies of UES.

“It’s honestly amazing, and everyone always has a great time. The meetings are organized by a Frenchie owner, who takes the time to do all this herself,” wrote NBC reporter Kalhan Rosenblatt, a regular visitor of the meetups, in a Twitter thread.

guys, would you like to hear about the drama going on in the upper east side french bulldog community?

However, not every local dog owner is as thrilled with the weekly get togethers.

An Instagram account called Stop the Meetups, created by an Upper East Side resident who owns a different dog breed, claims the meetup organizer excludes and look down upon non-French bulldog breeds.

“I’ve never seen this person be rude or dismissive of a different breed! This is such a wild amount of energy to devote to people who just want to meet up once a week!” wrote Rosenblatt in a thread about the contretemps.

There are also dog meetups for countless other breeds in the city, like pugs, chihuahuas, Great Danes, and so on. French bulldogs, however, are one of the more exclusive dog breeds, and can cost $4,000 to $6,000.

“Frenchies are a very expensive breed which makes them more susceptible to being stolen. The small run is right on the esplanade and at an elevated level where someone could easily reach in and take a dog out without people inside realizing,” wrote Stop the Meetups in one of their posts.

The Instagram account also also takes issue with the large number of dogs attending the meet-up, which they claim crowd the park and are over the size limit requirements for the small dog run.

According to Stop the Meetups, the meetup organizer “is rude and looks down on other breeds of dogs that are in there. Some have said that she ‘holds court and acts very holier than thou.'”

Stop the Meetups claims to have made the account after failing to make contact with Frenchies of UES, in a bid to get their attention.

The user alleged similar behavior from another organizer for one of the Carl Schurz meetups, who runs an Instagram account called Frenchies of Chelsea. “Many people reported that they got weird looks from the host when they entered without a Frenchie,” reads the post.

Amidst the dog drama, Frenchies of UES posted an update on its own Instagram. “We should be celebrating the little moments of joy such as these meetups rather than adding another point of contention between people and the community,” reads the post.

Stop the Meetups posted a final response, emphasizing that numerous dog owners on the Upper East Size have been forced to avoid the park due to French bulldog meetups. “Due to a person with a large following on Twitter deciding to post a thread, I’ve received many hateful and hurtful messages over the past day,” reads the post. They announced they will be deleting the account in the near future and will privately meet with Frenchies of Upper East Side to discuss a solution.

“I can appreciate both sides of the issue,” wrote the Frenchies of Chelsea owner via Instagram messages. “Ultimately, I hope the residents of the Upper East Side will resolve this respectfully.” 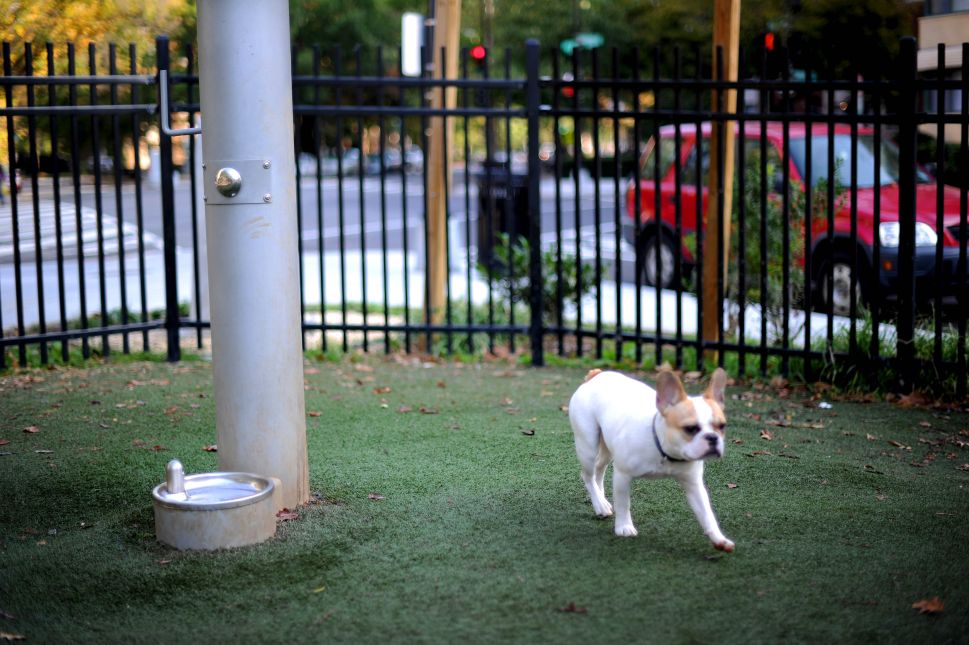