Observer’s Slambook is a series that is ongoing over at our Arts Newsletter, that I write weekly, where I ask various artists, writers, and culture heads a series of randomized questions. These questions are silly, and akin to something you’d do at summer camp, but what I’ve found over the course of this series is it’s an excellent way to see different sides to creatives we already love. This text comes directly from the newsletter and is not changed in any way.

I met Aurora Mattia when she was in her MFA at Hunter in 2019, since then I’ve watched her grow as a writer and an artist. Her debut novel The Fifth Wound was published in March by Nightboat Books, but you may have seen her face before due to her collaborative relationship with photographer Elle Pérez. Their portraits of her have been seen at the 2019 Whitney Biennial, the Carnegie Museum, and Aperture Magazine; their portraits have appeared alongside her writing in the Renaissance Society and the RISD Museum. She tweets @silicone_angel, where you can follow her writing or subscribe to her OnlyFans. Here’s what she had to say for Observer’s Slambook!

Do you prioritize biological family or chosen family?

My mom showed me Townes van Zandt, my older sibling showed me Clarice Lispector, and my exes have taught me everything I know about love as an infinitesimal exertion, not a story already told but an attention to every passing instant—as intense and total as the devotion of a nun to her daily offices. But riskier because, unlike the case of St. Thomas, a wound doesn’t guarantee a revelation.

Are you an active Redditer?

My pussy is on reddit. I’m not really. But I have searched fruitlessly for information about former contestants of my favorite dating show, Elimidate, which predates Tinder and Twitter, and to which the likes of Love is Blind will never compare. It’s all about the wonders of silicone and no Y2K history will be complete without it.

Do you regret anything that came with success?

I regret how avoidant I’ve become. I used to be more—what other people called gullible, but what I would call full of wonder.

Can you make your own clothes?

As a child I walked around draped in blankets, inside of which I would conceal my limp wrists. I’ve sewn my own wounds. But I’ve never made a garment.

Have you ever had a parasocial obsession?

The trick with a parasocial obsession is not to make it that person’s problem. Adoration is not the precondition of intimacy, and may be its opposite.

Subscribe to Observer’s Arts Newsletter to get a first look at Observer’s Slambook series. 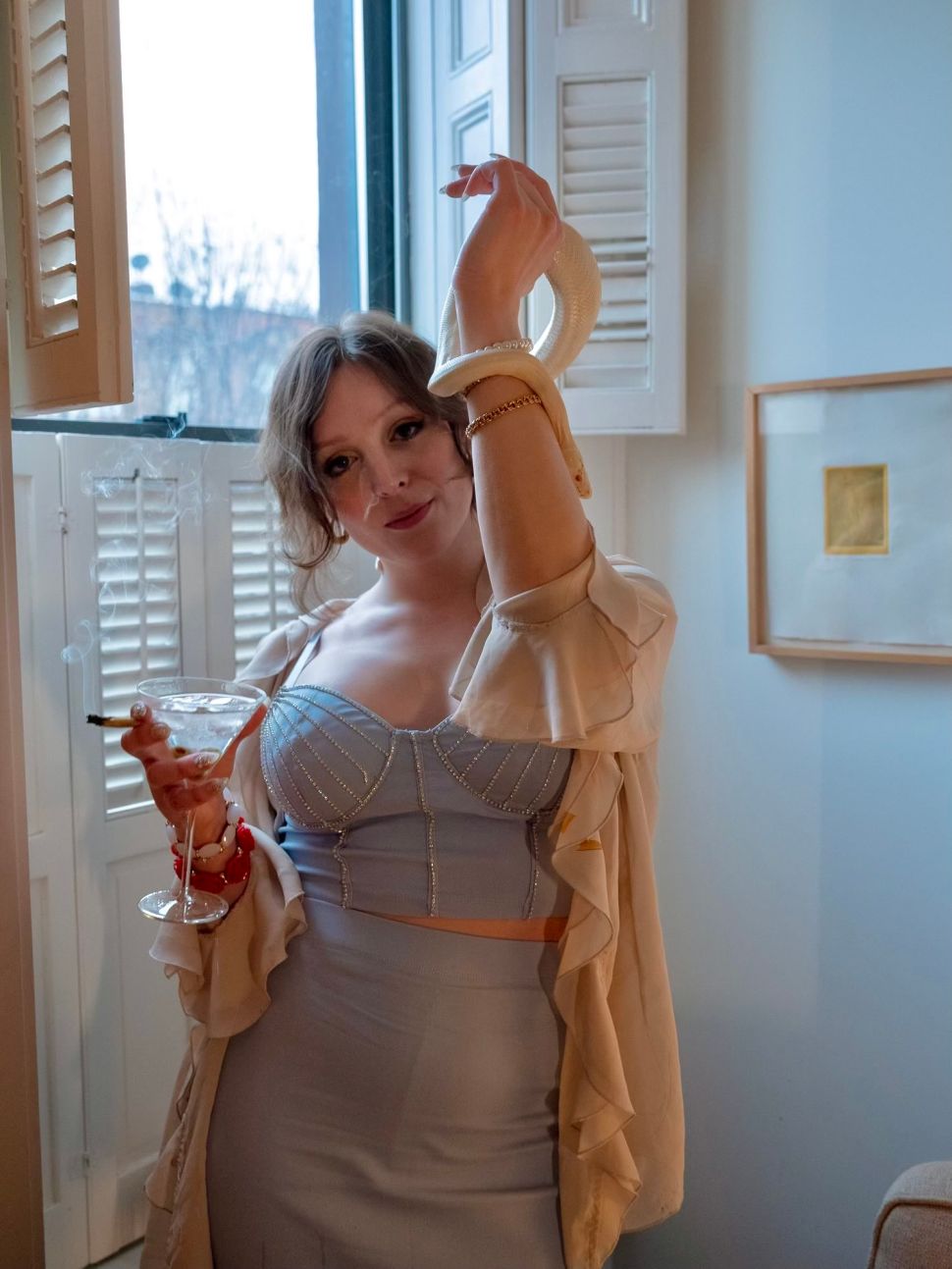