French satellite operator EutelSat today (July 26) announced the acquisition of OneWeb, its U.K.-based competitor, in an all-stock deal that will value OneWeb at $3.4 billion, three times its worth last time the company changed hands two years ago.

EutelSat is already an investor in OneWeb. Under the merger agreement, Eutelsat will issue 230 million new shares and exchange them for all remaining OneWeb shares except a stake owned by the British government. After the merger, existing shareholders of OneWeb and Eutelsat will each own 50 percent of the combined firm.

Satellite internet is an alternative to fiber optic and cable internet; it’s especially useful in remote areas that have limited access to the latter two. The idea is to provide global high-speed internet service through a constellation of hundreds, in some cases thousands, of satellites in low Earth orbit. The sector is led by SpaceX’s Starlink, which has deployed nearly 3,000 internet-beaming satellites in space. Amazon has a competing project, called Kuiper, that has yet to materialize.

OneWeb initiated its satellite internet project in 2019, around the same time SpaceX began launching Starlink satellites. But the company has hit a series of financial and operational obstacles in the past two years, resulting in its progress lagging far behind that of SpaceX.

OneWeb resumed regular launch in late 2020, using Russia’s Soyuz rockets. However, that partnership fell apart in March this year after Russia invaded Ukraine. Russia’s space agency refused to launch OneWeb satellites because of the company’s tie with the U.K. government, which supported Ukraine. Because OneWeb doesn’t make its own rockets, it eventually signed a deal with SpaceX to launch its satellites using SpaceX’s Falcon 9 rockets.

So far, OneWeb has deployed 428 satellites in low Earth orbit, about two thirds of its intended constellation size. After the acquisition, the 428 OneWeb satellites in orbit will be combined with Eutelsat’s 36 geostationary satellites to provide broadband service.

EutelSat said the merged operation is expected to generate €1.2 billion ($1.22 billion) in revenue in its first year. “Eutelsat’s strong cash flow generation providing visibility and funding to support continued expansion into the LEO (low Earth orbit) market through OneWeb’s next generation of satellites,” the company said in a press release.

However, investors seemed unconvinced. Eutelsat’s stock, listed on the Paris Stock Exchange, sunk more than 17 percent on July 25 after talks of the merger were reported. Its shares tumbled another 18 percent today after the deal became official. 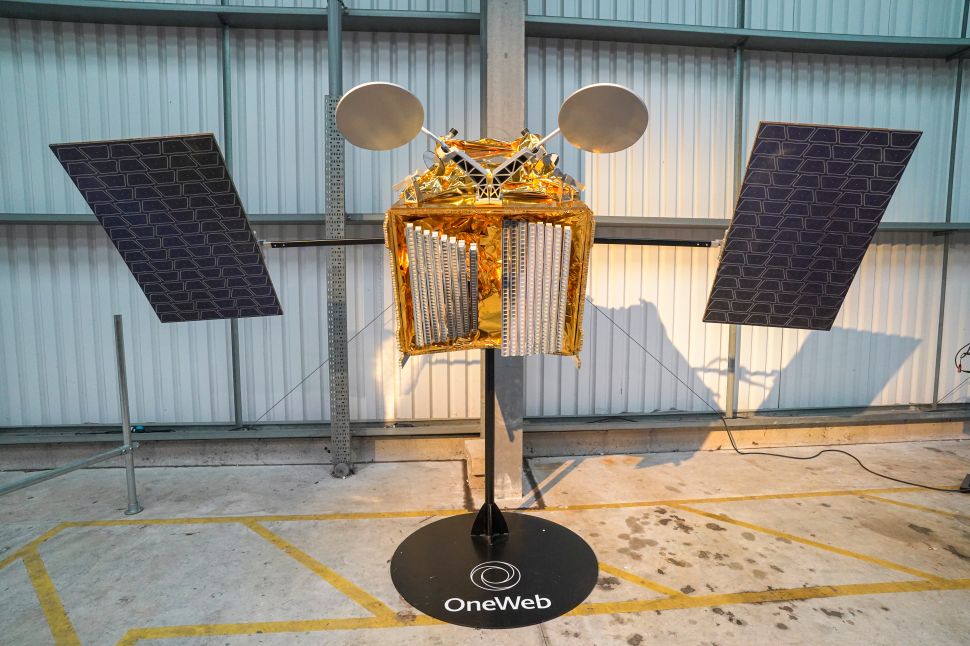