Jane Austen has this much in common with Shakespeare: both are favorites of filmmakers looking for stories to retell. Some onscreen Austen adaptations are more faithful to the original text, while others, like Clueless or this year’s Fire Island, use the author’s work as a backbone for a contemporary narrative. So the early furor over Netflix’s new version of Persuasion, based on Austen’s final novel, is oddly placed. If an artistic work contains resonate, universal themes, why not tell and retell it in different ways for different audiences?

Persuasion, helmed by British theater director Carrie Cracknell and written by Ron Bass and Alice Winslow, retains the English period setting of the 1817 novel, but incorporates more modern elements, including Millennial/Gen Z speak like “If you’re a five in London, you’re a 10 in Bath.” Most notably, Anne Elliot, the film’s protagonist, who is played winningly Dakota Johnson, speaks directly to the camera in the style of Fleabag or Enola Holmes. If it’s jarring at first—just as it was in those aforementioned works—the conceit becomes more compelling as the film goes on. It’s as if Anne is chatting with a close friend, sharing her inner thoughts without a need for voiceover narration. It also allows Cracknell the ability to juxtapose what Anne is saying with the visual reality of her circumstances.

Austen’s plot is largely intact: Eight years after Anne was persuaded to give up the penniless love of her life, Frederick Wentworth (Cosmo Jarvis), the dashing Navy man returns. Anne comes from a snobbish, wealthy family, but its patriarch, Sir Walter Elliot (Richard E Grant) has spent them into bankruptcy. They’re forced to move out of the family estate, which becomes inhabited by Wentworth’s own sister. Anne and Wentworth attempt to become friends as Anne is courted by her cousin William Elliot (a dashing Henry Golding) and Wentworth seems taken with her sister in law. It’s a story about forgiveness and second chances, with the film evoking some of the same melancholy reflection as the novel.

There’s an adage that says there are only so many stories that can be told, but there are endless ways in which to tell them. It’s compelling to watch filmmakers and writers experiment with form, even if it’s not completely successful. There are going to be viewers who hate this adaptation and feel it does injustice to Austen. But Persuasion’s themes are as contemporary now as they were in the 19th century — who hasn’t regretted letting someone in their life go? — and if modern-day language allows a younger audience access to a classic story, why deny them that opportunity?

Cracknell’s take on Persuasion has a lot of merit. Its cast, which also includes Nikki Amuka-Bird as Lady Russell and breakout Mia McKenna-Bruce as Anne’s selfish sister Mary, is strong. It’s also diverse, Bridgerton-style, but diversity efforts are not likely why the filmmakers offered an actor like Golding a role. It’s his absolute charm and dashing persona that makes him right for William Elliot, period accuracy be damned. The film is also beautifully shot, with the real locations, including England’s Dorset coast, amplifying the emotional beats in the story. And it is an emotional story—Persuasion is a wistful novel, full of longing and regret; those feelings are onscreen here, even if they’re delivered in a more modern style. When Anne quips that she and Wentworth are now “worse than exes, we’re friends” it feels sincere because we know what that means. Austen may not have written it, but the underlying emotion is similar enough that it works in this version of the story.

Do we need to see the same stuffy period adaptation over and over again just so scholars and an older generation can feel satisfied that we’re appropriately paying tribute to Austen’s work? Who decides whether a new iteration of something is appropriate or not, especially when the author is long dead? Stories should be for everyone and we all have varied ways of accessing the themes and emotions within them. This Persuasion, as odd—and apparently insulting—as it may feel to some critics and viewers, is just a different door to enter the same house. And if even one younger audience member goes on to read Persuasion because of it or someone feels less alone in their regret, the filmmakers are vindicated in their choices. 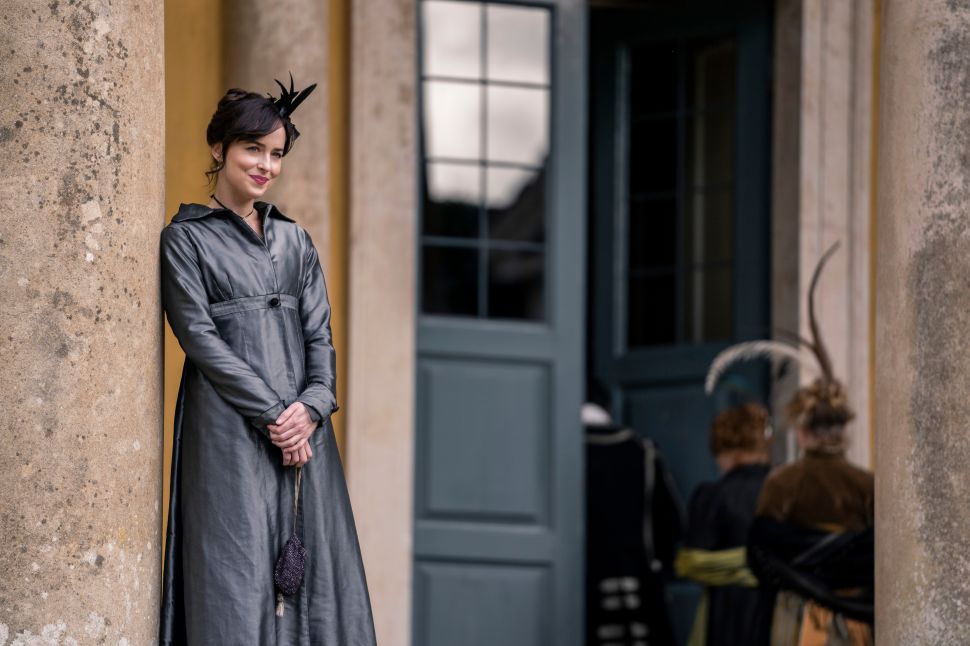