Workers at Planned Parenthood in Massachusetts voted to unionize less than two weeks after the Supreme Court’s decision to overturn Roe v. Wade dramatically reshaped the landscape for abortion access in America.

The workers voted to join the Service Employees International Union (SEIU), they announced today (July 6). About 150 workers at four clinics across the state were eligible to vote, though not all participated in the election. Ninety two employees voted in favor of joining 1199 SEIU United Healthcare Workers East, which represents workers in states including Massachusetts, New York, Maryland, and Florida, while one voted against.

“It’s rare that we in this field get good news right now,” said Cara Callahan, who works with patients at Planned Parenthood’s clinic in Springfield on tasks such as scheduling and booking appointments, providing referrals, and connecting patients to abortion funds for financial assistance. “It’s just a constant barrage of negative and bad things happening, so it feels that this victory is even more important.”

The workers’ win comes as other Planned Parenthood employees at clinics throughout the Midwest are voting to unionize with the SEIU as well. Their efforts are part of a larger wave of organizing that’s brought divisions between mission-driven organizations and their leaders to the fore.

Why Planned Parenthood workers are voting to unionize

Massachusetts Planned Parenthood clinics started to see more patients shortly after Texas passed a law banning abortion after six weeks in the fall, according to Callahan. At the time the clinics were already dealing with staff shortages that began during the pandemic. “If we were going to be able to care for this influx of patients that had already started, we felt we needed to take steps to make sure the things we needed as workers were being addressed,” she said.

Abortion is currently legal in Massachusetts and throughout the northeast, though some lawmakers in nearby states such as Pennsylvania and Virginia are seeking to restrict access to it.

“Now that Roe v. Wade has been overturned, we’ll see possibly more patients in Massachusetts,” said Marlishia Aho, a regional communications manager for 1199 SEIU. “It’s important we give workers the tools they need to do their jobs, and allow them to not burn out.”

Planned Parenthood workers voting to unionize in the Midwest have expressed similar concerns about managing an influx of patients due to new abortion restrictions. “We really can’t even safely maintain clinics now with our staffing, much less once the need gets higher,” April Clark, a registered nurse and senior training specialist in Iowa, told the Guardian on June 18.

About 400 workers at Planned Parenthood clinics in Minnesota, Iowa, Nebraska, North Dakota and South Dakota are currently voting to unionize with SEIU Healthcare Minnesota and Iowa. Of these states, Minnesota is the only one where abortion is protected by the constitution. The procedure is already banned with no exceptions for pregnancies from rape or incest in South Dakota, while a near-total abortion ban is also expected to take effect in North Dakota on July 28.

Organizing at a mission-driven organizations

Though Planned Parenthood workers who support unionization say Roe’s fall makes the need for a union more pertinent than ever, management may see things differently. In an email sent to staff on June 1, Jennifer Childs-Roshak, the CEO of PPLM, encouraged the Massachusetts workers to vote no on joining a union.

With Roe v. Wade about to be overturned, Childs-Roshak wrote, “we need to be flexible to meet the needs of our patients.” The presence of a union, she continued, “will, by definition, change that approach.” The PPLM president cited the “critical mission” of Planned Parenthood and painted the union as a threat to the mission.

Tensions between mission-driven organizations and their workers are starting to show in other organizing drives. In a June 13 story in The Intercept, reporter Ryan Grim described how workers at progressive organizations are so busy fighting their management that they are distracted from their larger calling.

Loretta Ross, an activist and co-founder of reproductive justice organization Sister Song, criticized workers at the Guttmacher Institute, a research organization that supports reproductive rights, and other progressive organizations for engaging in “callout culture” that detracts from larger issues at hand. “It’s a symptom of poor threat assessment,” Ross said of Guttmacher workers who are organizing. “They can’t identify the main threat.”

Callahan recognized such concerns, but challenged the idea that organizing Planned Parenthood workers could take away from the larger issues the organization now faces. “Right now there’s a little bit of a backlash on unionizing, as if it deters from the actual mission, or the actual care that’s being given.” But for the organization to thrive, “it is the workers on the ground level that need the most support, ” she said. “We know what abortion care looks like, and we know what we need to succeed.” 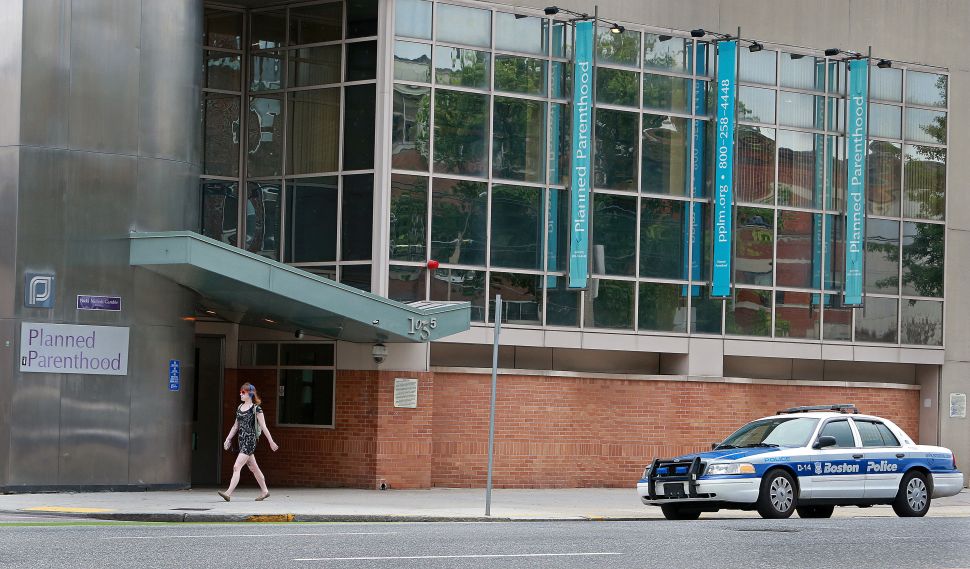