The true terrifying curse on Broadway currently isn’t Shakespearean but Funny Girl. Recent expressions of said curse involve the eventual replacement of Beanie Feldstein with Lea Michele for the titular role of Fanny Brice, the famous Jewish comedian and songstress of the early 1900s. Barbra Streisand is a household name for a reason — very few people are as talented, emotional, witty, and obnoxiously charming. And Streisand is the reason Funny Girl — first as 1964 Broadway musical, then as a 1968 Oscar winning film — remains beloved in the public imagination for a protagonist that lacked tact and grace, overflowed with ambition and talent, and was ultimately lovable (one might compare the character to Lea Michele’s character from the TV show Glee, Rachel Berry). Even more importantly, she had pipes.

The role should not and cannot be reprised by someone any less than perfect for it, which had been understood, at least by fans. Less so by the production team of the 2022 Funny Girl revival at the August Wilson Theater. The explainers out there will have you thinking it was purely fan reaction to Beanie’s performance that led to her being ousted, yet if anyone remembers the actual criticism in response to opening night was mostly negative. Two of our critics, David Cote and Rex Reed, had fundamentally opposed positions on Beanie’s performance. It was soon discovered Rex Reed might have been the only one in New York City seemingly who would critically admit to enjoying it.

The impact of  the critical reaction on the ticket buying audience, and thus the whole production, cannot be ignored. Beanie was playing the lead in a production all about a lovable yet annoying protagonist’s attempt at finding the love of her life and making her dreams come true. Everything depends on the audience rooting for Fanny, and if no one is rooting for Beanie’s Fanny that’s a problem. Seats were at 65% capacity with Beanie in the lead, which even in a COVID-era production is a worrying sight.

Now after the critical reaction, I think the average theater goer or somewhat interested culture-head just accepted that this run of Funny Girl probably wouldn’t be the one they’d see. The announcement of Beanie being replaced with Lea Michele had an explosive reaction. It didn’t help that the gossip surrounding this parting of ways made it easy to believe that it wasn’t necessarily an equal decision. With recent news surfacing of the two actresses sharing the same agent, one might argue that at least now people are talking about Funny Girl again.

Now who is Lea Michele? For those who didn’t grow up in my generation and weren’t sucked into Gleemania, Glee was a show created by Ryan Murphy (also responsible for American Horror Story) that followed a group of outcasts (a very 2000s definition of such, since several ‘outcasts’ were also football players and cheerleaders) joining Glee Club and finding community through singing. Lea Michele was already known at the time to the theater world, having been in the original run of the hit Broadway musical Spring Awakening, but Glee was Michele’s first introduction to the wider world of popular culture as Rachel Berry.

Rachel Berry’s character isn’t that dissimilar to a contemporary Fanny Brice, one might even argue they had a photo of Barba as the role in the writing room when thinking about who Rachel Berry would be. This can be even further affirmed by the numerous references to Barbra by Rachel’s character, to her role specifically in Funny Girl, and by the various Glee moments of Michele performing Barbra’s songs. Like Rachel Berry, Lea Michele did have a similar feeling of connection to Barbra as many aspiring actresses, but especially Jewish actresses.

Which makes sense, Streisand created a stage and it is up to the new generation arguably to fill it. Of course, one might argue there is a curse because since Streisand is still walking maybe no one can ever truly live up to her. Of course, one might argue that the production is cursed and that it’s doomed for bad reviews and empty seats; however, despite being a controversial move it ultimately did benefit the production to replace Beanie with Lea.

It is very possible Glee groomed whole audiences to understand Lea as Barbra’s eventual successor. It didn’t help that it was also overall encouraged, due to Glee’s influence in getting young people back into musical theater, by her performance of “Don’t Rain on My Parade” from Funny Girl at the 64th Annual Tony Awards. Of course, she killed the performance because the reason she was even cast as Rachel Berry is because it’s undeniable that Lea has pipes. All that being said, this doesn’t mean that Lea has not had her fair share of controversy. In the summer of 2020, she was called out by several cast members for inappropriate behavior and antics on the set of Glee, including specific allegations regarding racist behavior towards fellow castmates. She did make a statement apologizing for her treatment and that she was reflecting, this eventually culminated in her losing a HelloFresh sponsorship deal. Clearly, however people still want to cast her but she also did apologize and admitted to her actions. At the same time, one might argue that if people are still upset over past treatment that maybe she shouldn’t be cast either. One of the coworkers who came forward about Michele’s treatment in 2020, actress Samantha Ware, has already made a tweet regarding the casting, which is understandable considering Michele apparently threatened to poop in one of her wigs. Only time can tell truly if Michele has taken into consideration the feedback from her past coworkers and hopefully in her time as Fanny Brice she treats everyone with the respect they deserve.

All this being said, with Michele being the new cast, tickets are now at $2,500 a pop. It is undeniable that people want to see Lea Michele in this role because they’ve wanted to see her in this role their whole lives, and given the fact she apparently took ten years of auditioning to land the role, one must take their hat off for that. Despite how clear the argued nepotism that might have gone into the casting of Fanny Brice initially was, one still must feel for Beanie Feldstein as she too probably had dreams of stepping into Barbra’s shoes clearly. No one can blame anyone for that, it’s a dream many people share. No one can blame her for trying, and it isn’t fair how cruel the internet has been to her and even if she may not have as clear a musical talent (however, no allegations of mistreatment of co-workers has ever been brought against Beanie) as someone like Lea Michele, ultimately the fault of this was on those who casted. To blame Beanie is to ignore how she was put there in the first place, when she is a perfectly good actress and is very funny on What We Do in the Shadows. Sometimes people are miscast and it sucks; however, it was still an amazing opportunity that just didn’t work out. I wish her all the luck and I also wish Lea Michele’s castmates all the luck. 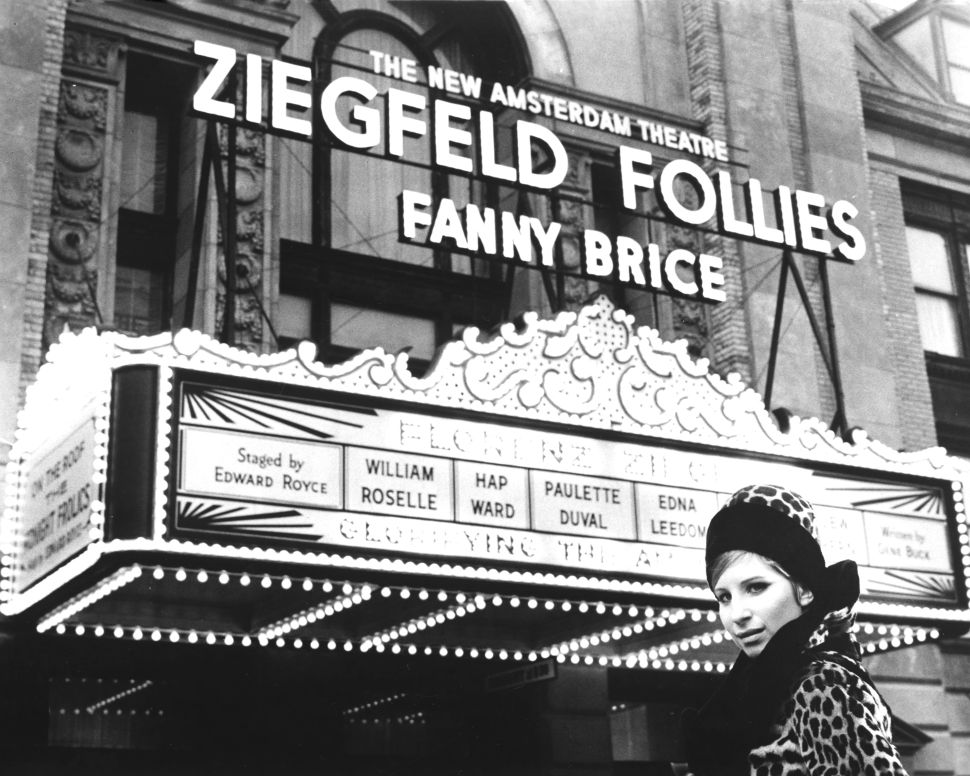