A compact, affordable electric car powered in part by solar energy is about to hit the assembly line, marking the maturity of a clean energy approach previously thought to be infeasible for automobiles. A final design of the vehicle, called the Sion, made by German EV startup Sono Motors, was unveiled today (July 25) at a company event in Munich. Production and delivery are expected to start in the second half of next year in Europe, with the U.S. and other international markets to follow.

The idea of powering a passenger car with solar isn’t new. But unsuccessful attempts, including a prototype built by the General Motors in the 1950s, had earlier engineers convinced that solar isn’t a suitable energy source for everyday driving needs, due to limitations in energy storage, conversion and (obviously) weather.

Sono proposes to solve this challenge with a hybrid approach. On one hand, to maximize energy output, the Sion is wrapped entirely in solar panels (except for windows). The car’s exterior is covered with more than 450 “solar half-cells” that, in normal weather, can provide up to 70 miles of driving range per week, according to a press release.

On the other hand, for longer driving needs, the car is equipped with a 54 kWh lithium iron phosphate battery, which provides up to 190 miles of driving range on a single charge.

Together, the Sion’s driving range is comparable to a standard-range Tesla Model 3.

The Sion’s main selling point is that its solar power alone is enough to meet most daily driving needs. Based on average weather in Munich, where Sono is headquartered, solar cells on a Sion can provide 21 miles of driving range, enough for most commuters in Europe, who on average drive less than 12 miles a day, according to the European Commission.

In the U.S., commuters drive longer distances, an average of 30 miles a day. So the Sion’s initial appeal might be limited. Still, the company sees the U.S. as a market with “great growth potential,” said Jona Christians, Sono’s cofounder and co-CEO. “Demand for EVs in the U.S. has skyrocketed in recent years. Further international expansion is our clear long-term goal.”

Sono went public on Nasdaq in November at a valuation of close to $1 billion; its current market capitalization is $240 million. The company said it has more than 19,000 reservations for the Sion in Europe, which represent €415 million ($424 million) in potential revenue. The car is priced at €25,126 ($25.695), putting it among the least expensive EVs in the European market. In the U.S., it will be comparable to a Chevy Bolt.

Sono said it aims to begin testing the Sion in the U.S. in the coming months, with possible spec tweaks before it reaches the U.S. market. 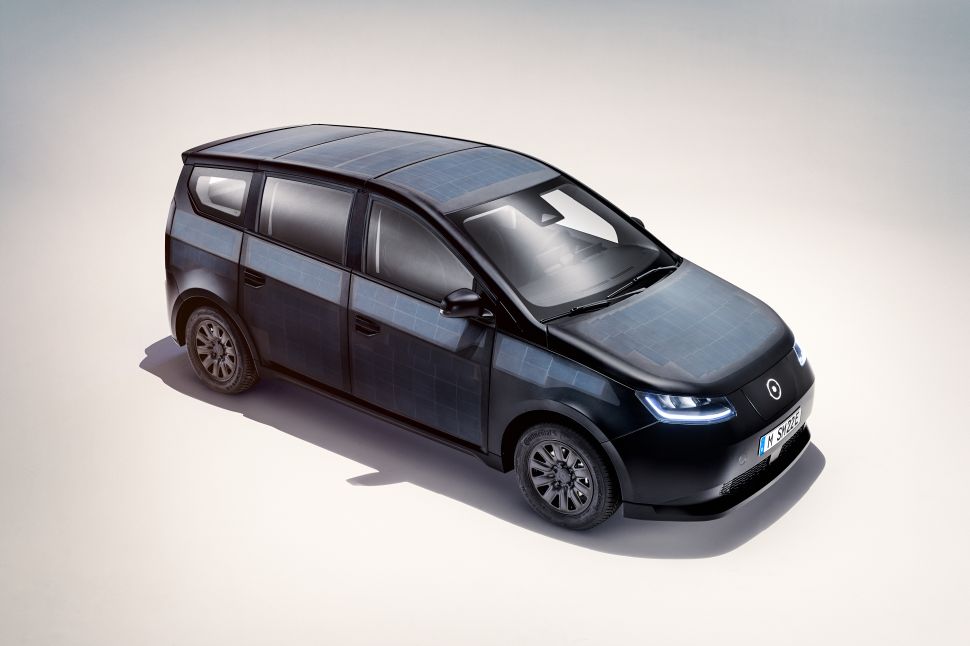