SpaceX, the private space company owned by Elon Musk, is looking to test launch a fully assembled Starship, a nearly 30-story-tall rocket, to Earth’s orbit as soon as this month. The launch site will ether be the company’s development site in Boca Chica, Texas or NASA’s Kennedy Space Center in Florida. It will be the largest spacecraft ever launched, and authorities at both locations are worried about the possibility of a test failure—something not unfamiliar to SpaceX—that could cause catastrophic damages to surrounding facilities and natural habitats.

The rocket is a prototype called Ship 24, which consists of a 240-foot-tall booster and a 165-foot-tall Starship upper stage. It is now standing on a launch pad at SpaceX’s Starbase facility in Boca Chica, ready for final tests before blasting off into space, SpaceX tweeted on July 6. SpaceX is also building a launch tower at the Kennedy Space Center near Launch Complex 39A, the pad used by NASA to regularly fly astronauts to the International Space Station, as a backup option.

SpaceX has yet to obtain a launch license from the Federal Aviation Association (FAA) to fly from either site. It will also need a permit from NASA if it wants to launch from Florida.

SpaceX has tested 12 prototypes of Starship’s upper stage in Boca Chica since late 2019. Eight of them ended up in explosions, either on the launch pad or in the sky. The most serious incident, which happened in March of 2021 during the descent of the 12th Starship prototype test, spewed debris as far as five miles away from the launch site. It took SpaceX three months to clean up. There were no reports of injuries or property damages.

Concerns about damage to the environment, and more

Ship 24 is more than twice the size of previously tested prototypes and ten times more powerful, leading those working near the launch site to worry what would happen if it blows up.

“We are very concerned,” said Stephanie Bilodeau, a conservation biologist who studies protected migratory bird species in the Boca Chica area. “Given how the natural habitat and wildlife in Boca Chica were affected by previous tests, this is going to exponentially bigger. I would imagine it could just destroy everything out there.”

The habitat surrounding SpaceX’s facility is part of a National Wildlife Refuge property, where some migratory birds come for nesting each spring. Bilodeau said there has been a noticeable decline in nesting activities since SpaceX began regularly testing Starship prototypes in 2020.

“An explosion on or above the launch site would be catastrophic, unequivocally to the surrounding wildlife refuge and possibly to the nearby communities,” said Jim Chapman, a board member of Save RGV, a local environmental nonprofit. Save RGV, along with two other local groups, have filed a lawsuit against the Texas General Land Office and Cameron County over frequent road closures during SpaceX operations.

Residents in Boca Chica and nearby Brownsville, Texas have long complained about SpaceX’s presence. But county and city officials welcome the company as a boost to the local economy. SpaceX employs more than 1,600 people at its Starbase facility. The company is expected to contribute $885 million in gross economic output for Cameron County this year, Brownsville Mayor Trey Mendez said at an event in April.

“Even a successful launch will cause extensive damage to surrounding wildlife refuge lands and wetlands” due to the heat and exhaust generated by the rocket, Chapman added. “It will essentially make the area inhabitable for migratory birds.”

NASA has expressed similar concerns over existing facilities at the Kennedy Space Center. In June, the space agency’s operations chief, Kathy Lueders,  said an explosion of Starship could “be devastating” to Launch Complex 39A, the only site available to send astronauts to the International Space Station. NASA said it won’t grant launch permission until it fully assesses the safety threats.

In June, the FAA concluded a lengthy environmental review for SpaceX’s proposed orbital launch from Boca Chica. The agency required SpaceX to take more than 75 actions to mitigate environmental impacts before issuing a launch license. The actions include keeping roads open on holidays, notifying surrounding communities in advance about noise from launches, and adjusting lighting at the launch complex to minimize impact on wildlife and the nearby beach.

SpaceX didn’t respond to an inquiry about the progress of these actions.

Ship 24 was transported to the pad at Starbase in preparation for the first orbital flight test of Starship pic.twitter.com/xm5H8wBmUx 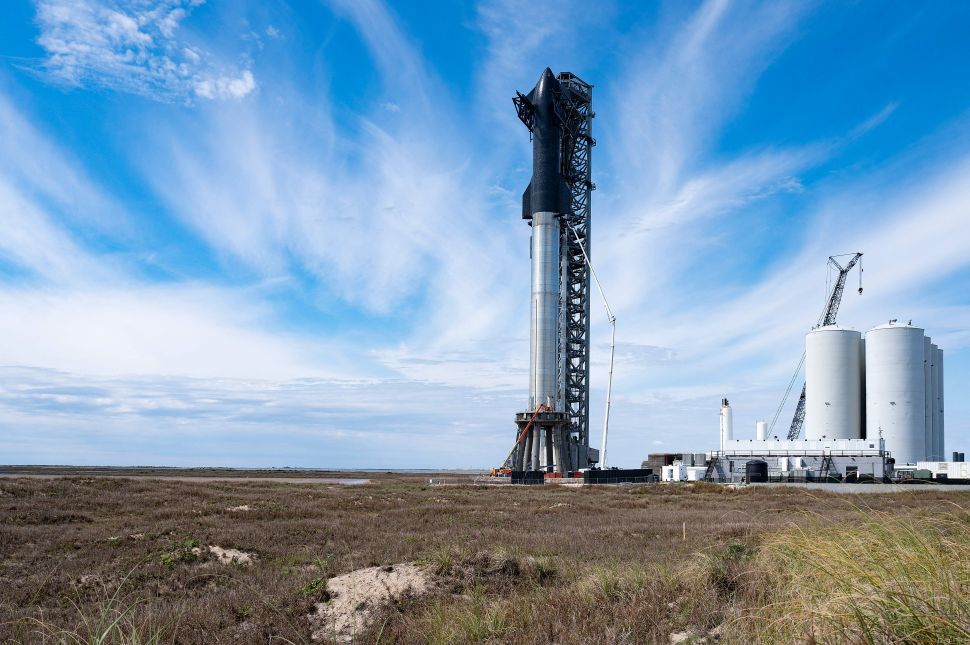