Tesla has lost its status as the world’s largest electric vehicle maker to BYD, a Chinese automaker backed by Warren Buffett’s Berkshire Hathaway, a result of to Covid lockdowns, parts shortages and increased competition. In the first six months of 2022, BYD sold nearly 100,000 more electric vehicles globally than Tesla, according to delivery numbers released by the two companies over the weekend.

Tesla said July 2 it delivered 254,695 vehicles in the quarter ended June 30, up 27 percent from last year but slightly missing analysts’ estimate of 256,520 units, indicating that the impact of a production halt at its Shanghai factory in April and May was greater than analysts had expected.

Over the six-month period ended June, Tesla delivered 564,000 vehicles globally. It will need to increase sales 46 percent in the second half of this year to meet its full-year target.

Meanwhile, BYD (an abbreviation of “Build Your Dreams”), one of China’s largest homegrown automakers, has seen stellar growth in its EV division this year. The Shenzhen-based company sold 641,000 electric vehicles in the first half of 2022, representing a 300 percent year-over-year jump.

Founded in 2003, BYD is known for making affordable, compact passenger cars for the Chinese market. The company introduced its first plug-in hybrid car in 2013 and has rapidly expanded its EV lineup since then. Last year, BYD sold about 730,000 vehicles, 80 percent of which were electric vehicles.

About half of BYD’s EV sales in the first half of 2022 were plug-in hybrid vehicles, which qualify as renewable energy vehicles under China’s environmental rules. The rest are fully battery-powered vehicles. When excluding hybrid cars, Tesla is still the world’s largest EV maker by sales volume. But its dominance is diminishing.

A recent study by Bloomberg Intelligence estimates BYD’s sales of pure electric vehicles will exceed 1 million in 2024, making it the world’s third largest electric carmaker after Volkswagen and Tesla.

Bloomberg analysts say Tesla’s thin lineup of just two locally built models—Model 3 and Model Y—may put it at a disadvantage in China, where local rivals such as BYD, Geely and Nio are rapidly rolling out new models at more competitive prices than Tesla.

Tesla’s Shanghai Gigafactory was closed for nearly a month in April because of a local Covid lockdown order. BYD’s electric vehicle factories are spread out in China’s Guangdong, Anhui and Shanxi provinces. These regions didn’t experience major Covid outbreaks in the first half of 2022.

Analysts are closely watching how Tesla makes up for the lost production capacity and navigates an imminent economic slowdown in the remaining months of the year.

“The elephant in the room for Tesla (and the broader market) is with dark economic storm clouds on the horizon and Musk himself thinking recession risk is imminent, what does this mean for Tesla’s demand story going forward?” Wedbush analyst Dan Ives wrote in a new note to clients July 5. “In a nutshell, while June delivery numbers were ugly and nothing to write home about, the Street will be focused on the trajectory for the second half.” 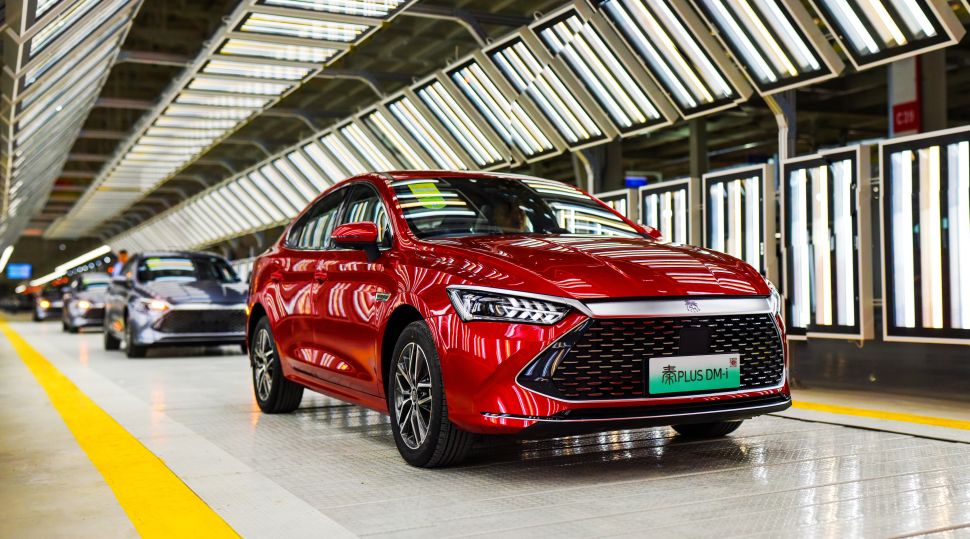