In November 2019, Tesla unveiled an electric pickup truck called Cybertruck to much excitement and buyer enthusiasm. Nearly three years have passed, and the vehicle is still not in production. Interested buyers will have to wait at least another year, according to Tesla CEO Elon Musk. For those who haven’t put in a reservation yet, the wait time is at least three years.

Tesla has postponed production for the Cybertruck multiple times due to design changes and setup of manufacturing equipment at its new factory in Austin, Texas, where the truck will be assembled. Under the company’s latest timetable, production and delivery will begin sometime in the middle of 2023, Musk said during a conference call with analysts on July 20 following Tesla’s quarterly earnings release.

“Our team continues to focus on Cybertruck production readiness and some future platform design,” Musk said, adding, “I think it might actually be our best product ever.”

Some interested buyers are losing patience and considering other Tesla models or even other car brands.

“[The] wait for Cybertruck is too long. With gas prices the way they are, I had to put in an order now for an EV. Joining the model 3 club,” a Tesla owner tweeted in March.

“Tesla [had] better come on with my Cybertruck,” another Twitter user posted in April. “The electric Chevy Silverado is looking like a nice alternative if I have to wait too long.”

Tesla has a mountain of pre-orders to fulfill

Early impressions of the Cybertruck’s appearance were polarizing. While some surveys show most Americans think the truck is ugly, interest in owning one is apparently overwhelming.

Musk said Tesla received more than 250,000 Cybertruck reservations within a week of unveiling the vehicle. Within the first six months, more than 650,000 people put in pre-order deposits of a refundable $100, Tesla analysts estimated.

Tesla hasn’t released reservation figures for the Cybertruck in the past two years. A third-party crowdsourced tally estimates Tesla has more than 1.5 million reservations for the electric pickup.

Pre-orders have piled so high that Tesla recently had to stop taking Cybertruck reservations in Europe and Asia, where delivery is expected to come after the U.S. The company is still taking orders in North America.

“We have more orders of the first Cybertrucks than we could possibly fullfil for three years after the start of production,” Musk said in May at the FT Future of the Car 2022 conference.

At the Cybertruck’s reveal in 2019, Tesla priced it at $39,990, comparable to gasoline pickup trucks with similar performance specs. It’s unclear whether that will still be the price tag when delivery starts. Tesla has raised the prices of its popular cars, including Model 3 and Model Y, multiple times in recent years. The price hikes “are frankly at embarrassing levels,” Musk said during yesterday’s earnings call, citing inflation and rising costs of production as main reasons.

“I am hopeful—this is not a promise or anything—but I am hopeful that at some point, we can reduce the prices a little bit,” he added. 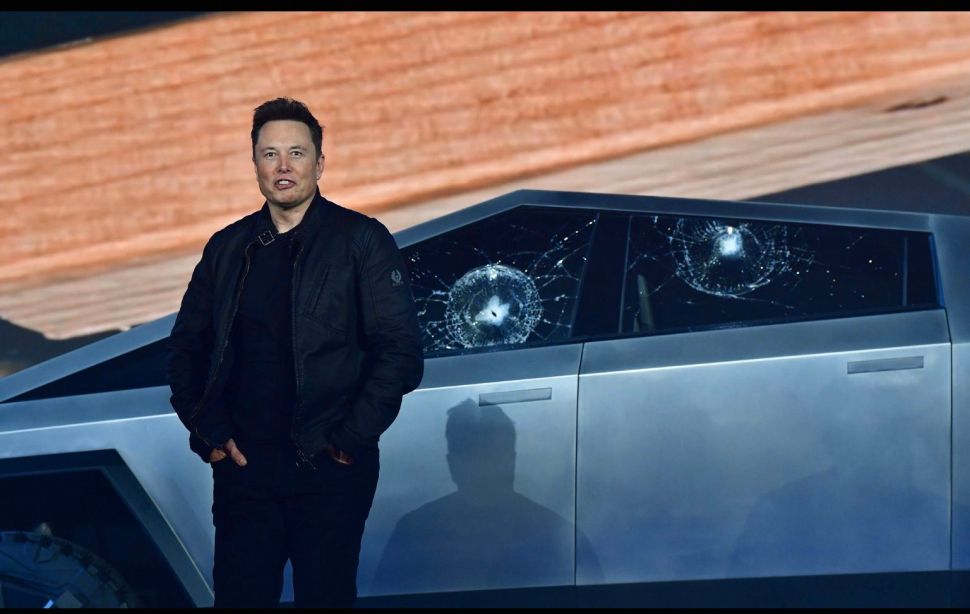