An apartment building located on so-called Billionaires’ Row is threatening to evict local businesses on 57th Street unless they get rid of outdoor dining and signage.

The Osborne, a building at 205 West 57th Street, has seven commercial tenants which include restaurants and stores. The outdoor seating of two restaurants—P.J. Carney’s and Carnegie Diner & Cafe—and promotional signs are turning the building into an eyesore, according to the Osborne Tenants Corporation, which owns the building.

New York’s Open Restaurants program allowed for outdoor dining during the pandemic and helped many restaurants stay afloat when Covid restrictions limited indoor dining. The program was made permanent this February, and the outdoor seating post-Covid has led to conflicts across the city. Residents in the West Village claim outdoor dining has led to an increase in noise disturbance and rats, while the Bushwick Community Board denounced sanitary issues and loss of parking stemming from the program.

Osborne residents are tired of the noise and visual clutter from the restaurants.

“This has gone on long enough,” said Steven Sladkus, a lawyer for the Osborne Tenants Corporation. “It’s really become a three-ring circus. It’s not fair.”

Lawyers representing 57th and 7th Associates, which manages the leases for the seven retail businesses, declined to comment.

Carnegie Diner removed seating on 57th Street in order to make room for a sidewalk renovation, but owner Stathis Antonakopoulos said removing tables on 7th Avenue would put the restaurant at risk.

“40 percent of my sales are outdoors,” he said. “If we lose the sidewalk, this is the nail in the coffin for us to go out of business.”

Commercial owners fear they will be put out of business

The Osborne owners also take issue with illuminated signs placed behind Carnegie Diner’s windows, which Antonakopolous said has been there long before the pandemic or Open Streets program.

“I’m afraid of what the outcome is going to be. It took me six years to build up my clientele,” said an employee at a retail business leasing from the Osborne, who didn’t want to be named for fear of repercussion from building management. He was asked to take down a custom-made neon sign from the shop window, in addition to removing a light placed in front of his store. “I’m a nobody fighting against the management,” he said. “It’s a lose-lose.”

The apartment co-op claims that allowances made during the pandemic have gone on for long enough. “This is a gorgeous landmark building and we want it to stay that way,” said Sladkus. “Everyone’s making it seem like the Osborne is this terrible ogre, but all it wants to do is go back to the way it was pre-pandemic.”

But business owners fear that going back to the way things were will ruin their livelihoods. “I have 55 employees, 55 families that live from this restaurant,” said Antonakopoulos, who added that losing outdoor seating would force him to let go of nearly half his employees. “I’d like the Osborne Tenants Corporation to come down and choose which 20 people to fire.” 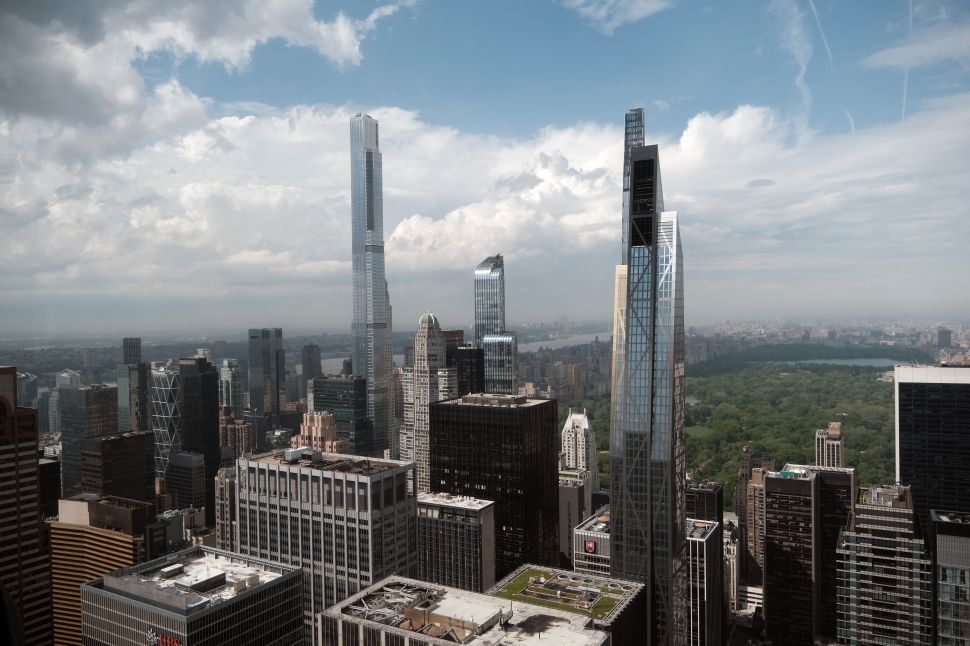