Ralph Fiennes and Jessica Chastain try to cover up a tragic accident in ‘The Forgiven.’Nick Wall / Roadside Attracts and Vertical Entertainment
By Rex Reed • 07/05/22 12:14pm

Richly designed and exotically executed, The Forgiven is an unusual film that holds interest even on the rare occasions when it challenges credibility.  Set in the desert wastes of the Sahara, it chronicles the life-altering challenges in the lives of a disparate group of partygoers who arrive for a weekend of heavy drinking, drugs and sex in Morocco.  Although it often mirrors Bernardo Bertolucci’s The Sheltering Sky, a much better film based on a novel by the great Paul Bowles, also set in Morocco, The Forgiven is a more contemporary, yet equally vivid and atmospheric look at louche interlopers in a toxic environment who stay too long at the fair.

When the film opens, David and Jo Henninger (Ralph Fiennes and Jessica Chastain), a London couple, are arriving in Tangier, ready for adventure as they set off on an arduous journey to a remote section of the Atlas Mountains.  He’s a renowned British surgeon who has lost interest in his profession, become disillusioned and cynical, and turned into an alcoholic snob; she’s a bored has-been American novelist who hasn’t written anything in years.  Their destination is the  lavish villa of  Jo’s rich and degenerate old school friend Richard (Matt Smith) and his debauched lover.  On the way, driving too fast during a distracting disagreement, they hit and kill a Muslim boy on the road and cover up the details, passing it off to the police as an accident. David writes the victim off as “a nobody, from a village far away, and nobody knows who he is,” therefore unworthy of concern or further investigation.  The local boys who were friends of the victim don’t agree and begin their own violent forms of retribution—knocking David off a horse with rocks.  Then the dead boy’s father arrives to demand that David return with him to his village to attend the burial.  Naturally, David objects, but it’s the local custom.  To refuse would cause a lot of trouble.  So he heads into the middle of nowhere, befriended only by an interpreter whose dream is to escape North Africa and live in a cold climate like Sweden.   Writer-director John Michael McDonough examines the differences between two cultural abysses—the privileged and indulgent world littered with disdain and garbage by westerners, and the primitive customs of people without hope.  The guests at Richard’s party, including a British aristocrat, a French lady journalist, and a handsome expatriate American financier who takes Jo to bed while David is in the desert.  The diversities in a digital age are harsh: The worldly, sarcastic westerners snort cocaine and wolf down champagne, while the modern-day Muslims invest in Twitter accounts and cell phones, and the youngsters dream of someday working for a luxury hotel in Dubai.  The contrasts offer a variety of situations ripe with cinematic possibilities, and the acting is uniformly superb.

Haunted by guilt, David gradually grows to take responsibility for the tragedy he’s incurred, and his awakening to something like a conscience is where the movie starts to fumble.  His eventual humility is out of character and less than convincing, and the moral resolutions adopted by all of the other characters represent an acceptance of fate that leads to a brick wall in time for a blunt and jolting finale.  The Forgiven is not a journey every viewer will want to make, but it’s a rewarding experience  to watch Ralph Fiennes play the emotional subtexts of such a complicated role with such power and nuance. 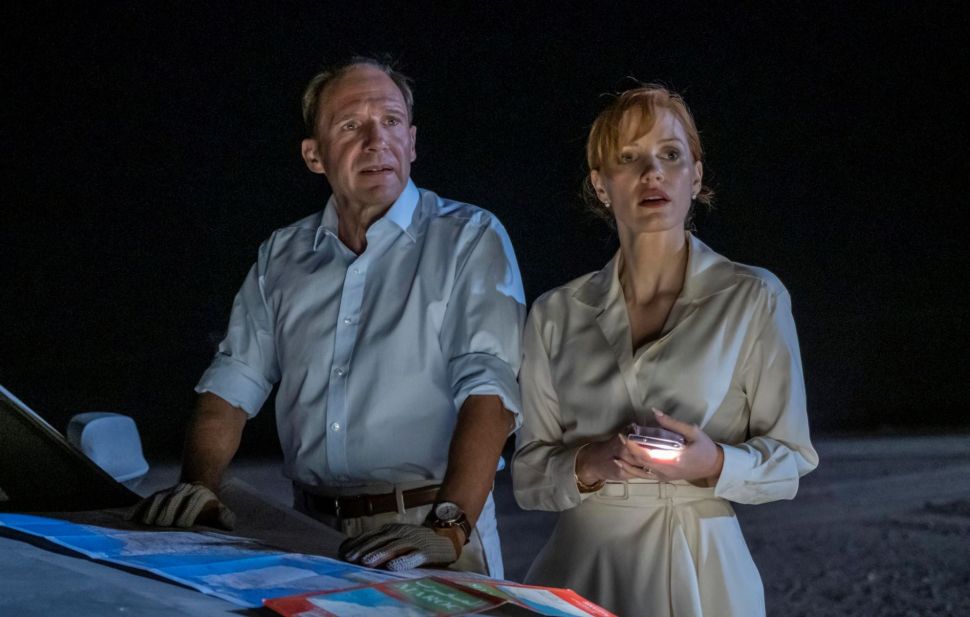