At one point in The Gray Man, the latest action thriller to drop on Netflix, Chris Evans growls, “Make him dead!” That line, with its immaculate grammar and lyrical poetry, hints at what viewers can expect from the film, directed by Anthony and Joe Russo, best known for shepherding several Marvel movies, including two about Evans’ Captain America.

Part Bourne saga, part Red Notice (another entry in the Netflix action queue), this quippy, fight-driven visual onslaught is based on a series of novels by Mark Greaney, although this incarnation only draws from parts of 2009’s The Gray Man. An intensely buff Ryan Gosling plays Sierra Six, a CIA black ops assassin who was released from prison after agreeing to be a government asset “indefinitely.” His former handler, Donald Fitzroy (Billy Bob Thornton), has been pushed out by Denny Carmichael (a smug and oddly cast Regé-Jean Page), who wants to decimate the program for his own gains. After Six stumbles on Carmichael’s secrets during an op gone bad, he becomes a target for everyone who can get their hands on an automatic weapon. Leading the charge is Lloyd Hansen (Evans), who has a porn ‘stache and likes to yell one-liners at people.

These plot points are limited, however, and they’re also not really necessary to enjoy the movie. It’s not surprising to learn that Christopher McQuarrie was originally tapped to direct the film, which has hints of Mission Impossible in its spy-on-the-run vibe and explosive set pieces. The best scenes are the stylized action sequences, like a fight between Six and a target on a fireworks barge with explosions going off around them.

Later, though, as the narrative moves through requisite European capital cities, some of that action becomes unnecessarily annihilative. As Six is chased through Prague by groups of well-armed assassins, the entire city is nearly demolished (seriously, can someone check on Prague?). The fight moves to a local hospital where the city’s injured inhabitants are just trying to get help. Dozens of police officers are shot and killed during the mayhem. And all of this is . . . sanctioned by the CIA? Sure.

Gosling does his best Jason Bourne impression and that brooding sensibility works for the movie. He’s believably at the top of his game, taking down everyone who gets in his way. And it is genuinely pleasurable to watch that kind of skill, especially in Gosling’s hands. Evans, despite being given the film’s worst lines (at one point his character quotes the film Babe), is equally compelling as a psychopathic villain.

The female characters are dealt a less favorable hand. Ana de Armas is Six’s ally Dani Miranda, a CIA operative who seems to be aiding him to ensure that her own career doesn’t go sideways, while Jessica Henwick, as a CIA employee named Suzanne Brewer, barely gets anything to do until the film’s final moments. De Armas, who wowed audiences with her short-but-sweet appearance in No Time To Die, does kick ass in some of the fight scenes, but she seems to be there as Six’s helper, rather than a capable spy. Also shoehorned into the plot is Six’s relationship with Fitzroy’s niece Claire (Julia Butters), who is kidnapped by Hansen early on in the film. It’s sort of like Logan, but with far less emotional grounding and no mutant powers.

By the time the finale arrives, you’re ready for it. It’s a fun sequence and, like the rest of the movie, it’s fully entertaining and loud, but the climatic confrontation between Six and Hansen is tonally off when juxtaposed with everything has come before. Netflix is clearly setting The Gray Man up as a franchise—Greaney has written eight sequels to the original novel—and there’s a sense that the filmmakers weren’t quite sure how to give this a satisfying ending while also leaving the door open for more.

Before arriving on Netflix on July 22, The Gray Man will play in select theaters. While this may be yet another potentially disposable action movie, it’s still worth seeing on the big screen at full volume if you can. The action is big and the stars give it their all, even if the dialogue leaves something to be desired. 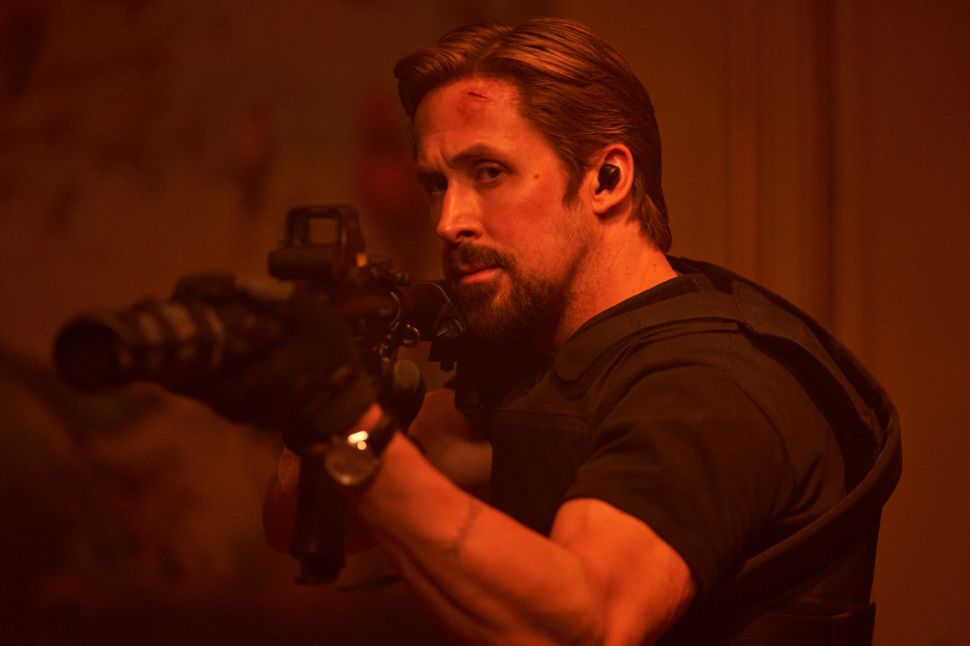