On the early morning of February 24, Oleksiy Kukoba and his girlfriend, Oksana Kalytiuk, woke up in their apartment in Kyiv to the sound of air raid sirens, explosions and the rattle of gunfire. Russia had invaded Ukraine’s capital city.

Kukoba, a 35-year-old journalist working for “Україна” (“Ukraine”), one of Ukraine’s largest TV stations, immediately decided to join the army, while Kalytiuk, a journalist and screenwriter, started packing to leave for Poland, where she has relatives. As they parted, the couple got engaged over text messages.

“We had lived together for four years, but never thought about formalizing our relationship. The war pushed us to marriage in a certain way,” Kalytiuk, 39, said in a translated email interview.

Kukoba and Kalytiuk became husband and wife during a virtual wedding over Zoom in April witnessed by friends and family. The bride wore a simple, white dress given to her by a Polish woman who hosted her stay. The groom called in from the front, clad in his military uniform, in the company of several fellow soldiers, one of whom officiated the marriage. The couple couldn’t exchange kisses and rings until weeks later during a brief reunion in Kyiv. Oberig, a local fine jewelry store, sent them a pair of wedding bands for free as part of a campaign to support Ukraine soldiers.

“We received the parcel and exchanged rings right away at the post office,” Kalytiuk, who changed her name to Oksana Kukoba after the wedding, said. “No wedding traditions matter at this time. All that matters is an unwavering desire to love, win, support and help.”

The newlyweds were one of more than 4,000 couples in Kyiv who tied the knot during the war and hundreds who received gift rings from Oberig, which means “talisman” in Ukrainian. (Ukraine’s wartime martial laws include a provision allowing Ukrainians to apply and marry on the same day. Before, a one-month wait was the norm.)

“It’s Oberig’s tiny contribution to the reunion of two hearts, and, perhaps, to the approach of our victory,” said Tetiana Kondratyuk, who founded Oberig in 2009, in an email.

The toll of war on Ukraine’s small businesses

Oberig is one of thousands of small businesses in Ukraine upended by the war. Before Russia’s invasion, Oberig had 35 employees split between its store in Kyiv and a factory in Kharkiv in northeastern Ukraine. These two cities were hit hard during the early weeks of the Russian attack, forcing both of Oberig’s operations to close. Within days after Feb. 24, half of Kondratyuk’s team fled to other parts of Ukraine or neighboring countries. So did many of its local customers in Kyiv, who made up 70 percent of Oberig’s business before the war, Kondratyuk said.

In late February, Kondratyuk moved Oberig’s head office to the west of Ukraine, a relatively safe region at the time. Realizing it was impossible to reopen the Kyiv boutique anytime soon, Kondratyuk and her remaining team immediately began building an online shop and planning social media campaigns in hopes to attract customers outside of the war zone.

One of the campaigns is donating wedding rings to military couples. The idea struck Kondratyuk when she saw news about soldiers getting married on the front line. “The idea of helping the soldiers inspired us, and I realized that we absolutely have to make it happen,” she said.

When not working, Kondratyuk and her coworkers dedicated their time helping refugees and sometimes assisting with making bulletproof vests for the Ukraine army. For most of March, they spent nights taking cover in basements.

Kondratyuk admitted it’s hard to think about business, or anything, while watching the country she grew up in being destroyed by invaders. But she is eager to get her business back up and running, not just for the sake of her own survival, but that of her country.

“It’s vital that we continue paying taxes in order to support the Ukrainian economy to the extent that we could,” Kondratyuk said. “The more businesses that are able to return to work, the easier it will be for our country to recover after its inevitable victory.”

The World Bank predicts Ukraine’s economy will shrink by up to 45 percent this year as a result of the conflict with Russia. In the first month of the war, 30 percent of businesses in Ukraine completely closed while 45 percent operated at severely reduced levels of output, according to an April survey by Ukraine’s Chamber of Commerce and Industry.

Many of Kondratyuk’s peer business owners in Kyiv have closed shop because either their supply chain has been cut off or demand has disappeared as a result of the war, she said. “Some had to come to terms with the fact that raw materials simply became too expensive. Things are very difficult for everyone.”

Some small business owners are seeking donations on crowdfunding sites to help them stay in business or start over. Anna Starodubtseva, who has closed her kids swimwear shop in Kharkiv and fled to Canada with her family, launched a campaign on GoFundMe in June to raise funds for setting up a production facility in Victoria, Canada.

Hanna Avdisheva’s three restaurants in Kyiv were severely damaged by shelling and drone attacks. Her friend is raising money for her on GoFundMe. “Every day, I come to the restaurant and look at the empty tables and the destruction. It feels like a dream that there was a time when these tables were full of life,” Avdisheva, who is still in Kyiv, wrote in a post under the campaign on March 29.

When the Oberig store and factory closed in Kyiv, its team was able to bring all the inventory and raw materials along when they fled, which were enough to support six months of online business. Kondratyuk also managed to keep most of her employees on payroll thanks to a buffer fund she’d saved in advance, a lesson she learned from the pandemic, she said.

The war has caused more than five million Ukrainian citizens (more than 10 percent of Ukraine’s population) to flee to other countries, according to the United Nations. Those who have chosen to stay are supporting local businesses and trying to retain a sense of normalcy.

In Kharkiv, despite the ruins left by heavy shelling and fighting, some cafes and restaurants began to reopen as of June, and people start their day drinking coffee, Kondratyuk said. “Everyone is eager to buy Ukrainian-made clothes, go to local cafes and bars, buy local food, visit their hairdressers, etc. In times like these, it is important to stick to these daily rituals.”

Kondratyuk returned to Kyiv in April after Russian troops withdrew from the capital city and redirected forces east and south. The Oberig store is partially reopened. Its online shop has been receiving small orders on a daily basis, enough to keep the company in business, Kondratyuk said.

After reuniting with her new husband in May, Oksana Kukoba has returned to Poland, where she is working on a drama series about Ukrainian women who were forced to leave the country during the war.

“After the war, we dream of waking up together in the morning in our apartment, making breakfast, drinking coffee, and going for a walk with our dog,” she said. “Our dreams are extremely simple, but they are priceless. We want to get our everyday life back.” 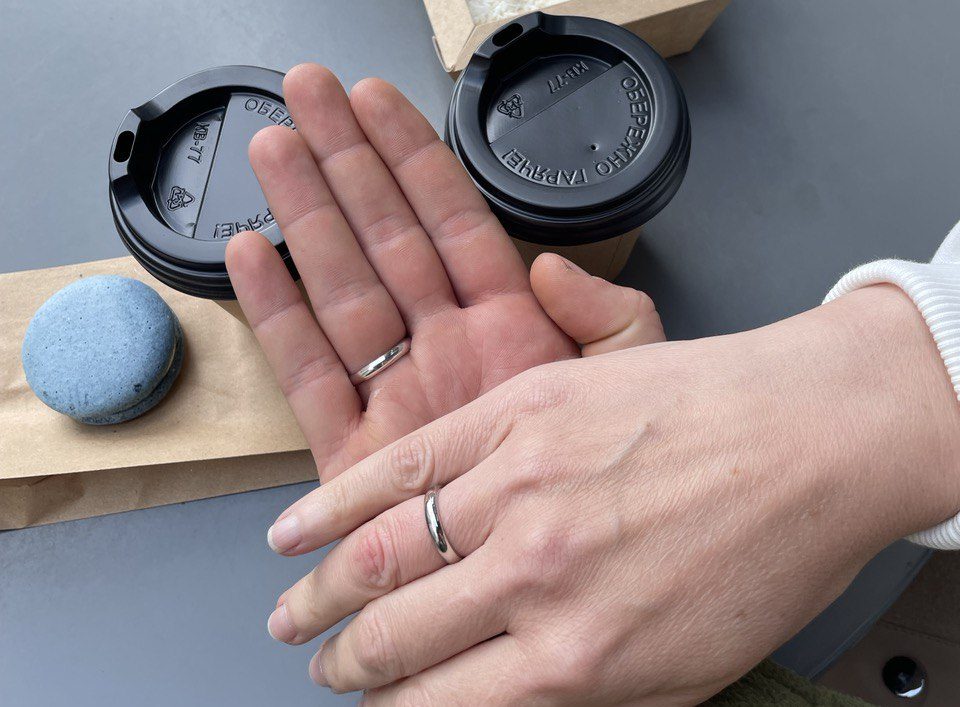