Vengeance—the feature film writing and directing debut from The Office writer, producer, and actor B.J. Novak (who also stars)—is a fish-out-of- comedy about a shallow New York journalist hopelessly adrift among the social mores of West Texas. It’s also a commentary on how the often-hurtful manner in which podcasts and coastal media think pieces cluelessly attempt to distill the essence of the nation’s vast interior while capitalizing on its tragedies.

Though based on the first five minutes, it’s a horror movie.

In the opening scene, Novak’s serial hookup artist Ben Manalowitz—a New Yorker staff writer—trades quips, insights and conquests at a party with his friend John, played by real-life Novak buddy John Mayer. These nattering nabobs are so loathsome, so oozing with smarm and an oleaginous lack of self-awareness, that you don’t know whether to smack them through the screen or run screaming for the exit.

That Novak is in on the joke, internally rolling his eyes at the pair alongside us, doesn’t make this cringe fest any more palatable. And this is the central problem: this tale of a blue-check Lothario clumsily investigating the Texas death of a one-time hookup—all as a means of advancing his podcasting career—falls victim to the exact forces it is trying to send up.

The Lone Star locals he encounters—among them Boyd Holbrook as the deceased’s conspiracy-obsessed brother and Ashton Kutcher as a shamanic recording studio owner—expound like cowboy poets. They are clearly having a blast chewing on Novak’s often intricate dialogue about the nature of love, but they come off like an L Train rider’s idea of a Texan. While Vengeance accurately, and often amusingly, blasts the condescension of media towards non-urban outsiders, in doing so it far too often stoops to condescend.

But en route to Ben’s inevitable redemption, the film does occasionally transcend its own worst instincts; this is especially true when Vengeance allows its secondary characters to rise above Ben’s callous categorizing. The great Broadway actor J. Smith-Cameron takes the throwaway part of a grieving mother and layers it with cunning, while actor-musician Zach Villa has a surprisingly touching scene as a drug dealer who is the initial prime suspect. As Ben’s podcast editor, Issa Rae injects some pep into the proceedings as she guides Ben through his increasingly perilous assignment.

Frankly, any of these characters would have made a more compelling central figure than the man-child Ben, who despite Novak’s wide-eyed brittleness, fails to connect emotionally with the audience. Like so much outdated media and bad first novels, the world inside Vengeance exists almost entirely as a way for our morally-repugnant-but-deep-down-still-sensitive protagonist to experience the same amount of emotional growth that he would after a few sessions with a tough-love therapist.

While Vengeance doesn’t always rise to the level of its ambitions, it is admirable to see Novak spit acid towards the privilege systems that make careers like his possible. (This is especially true during a week when the diversity and ethics at Ben’s workplace has been the topic du jour for the chattering class.) But by repeating the same reductive and representational mistakes of the media it so pointedly criticizes, Novak’s film unwittingly becomes yet another part of the problem. 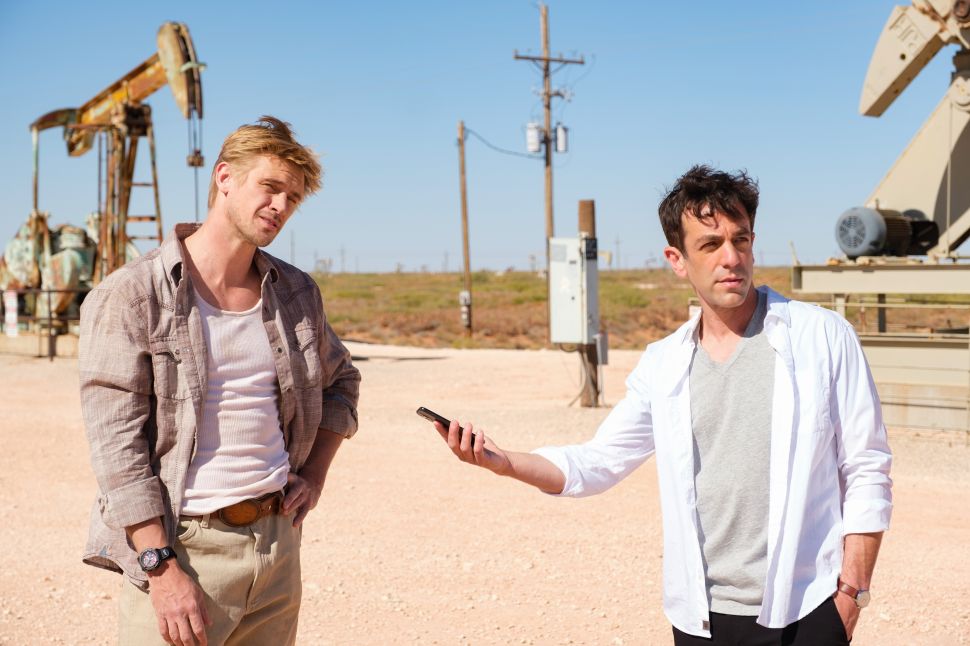