More than two years after the pandemic relegated many white-collar workers to a home office, the benefits of remote work are clear. Research suggests employees who work from home are more productive, save time and money thanks to reduced commute times, and enjoy increased flexibility for personal commitments such as family.

While the data isn’t all rosy—employees tend to log more hours working from home than they did in an office, and some report feeling lonely or isolated—surveys indicate most workers want to be able to work from home at least some of the time.

But business leaders’ divergent views on remote work don’t reflect this reality. While some CEOs embraced a work-from-anywhere or hybrid work policy long ago, others remain gung-ho about getting employees back into the office. Their policies often aren’t tied to research or business performance, but rather leadership’s “interpreted culture of the organization,” says Bob Simpson, who advises clients on messaging and change management at Mercer, a consulting firm.

The power of corporate culture is particularly evident in finance, where some leaders are taking a hard-line approach to in-person work while others extol the flexibility hybrid options offer.

Employers on Wall Street have a reputation for hard-driving, aggressive work culture and have traditionally valued long hours in the office in exchange for generous compensation packages. Goldman Sachs and JPMorgan Chase finally started asking analysts to take some time off on the weekends in 2014 and 2016, respectively, amid concerns that 100-hour workweeks were taking a toll on their well-being and mental health. In 2019 Goldman began instructing its summer interns to leave the office before midnight each day.

Even as Goldman and JPMorgan earned record profits while many of their employees worked from home in 2021, their leaders have nevertheless remained bullish on the benefits of in-person work.

Goldman, whose CEO once called work-from-home an “aberration,” started asking employees to come back into the office five days a week in March. While Richard Gnodde, the CEO of Goldman Sachs International, acknowledged in May that flexibility will be “part of the future,” he added, “we’re a work-in-the-office place and I think that’s where people will spend a lot of their time.” JPMorgan CEO Jamie Dimon has said working from home isn’t good for people who want to “hustle,” and dismissed concerns about going to the office last year: “people don’t like commuting, but so what?”

In contrast to his U.S. peers, Ralph Hamers, the Dutch CEO of Swiss bank UBS, has advocated for hybrid work throughout the pandemic. As early as July of last year, Hamers predicted that working from home was “here to stay,” and said being home some of the time was working well for most of the bank’s investment bankers as well as its clients.

Hamers has spoken about bringing UBS into the digital age by developing technology to offer remote advice for wealth management clients so the bank can reach them anywhere in the world. He’s also touted such tools for helping UBS adapt to the pandemic. In an August 2021 op-ed for Time Magazine, Hamers wrote working from home was possible due to the “historic investment we’ve made in technology as well as years of developing remote leadership skills.”

Given Hamer’s interest in digital solutions, it’s perhaps no surprise the bank announced in March it would give eligible U.S. employees the opportunity to work 100 percent remotely, citing a survey that found 86 percent of the company’s workers want to maintain a remote or hybrid working arrangement. “Hybrid working has positively reshaped the future of our workplace,” said Tom Naratil, president of UBS Americas, in a statement announcing the change. He added the bank believes a hybrid framework would allow UBS to attract a more diverse pool of applicants and increase employee retention.

Messages regarding remote work reflect “the work culture leaders think they have,” but can miss the mark on what employees actually want, says Simpson. At Goldman, for example, some employees complained when the company began tracking ID swipes to monitor the return-to-office policy.

“In a lot of cases from finance organizations, the messaging has been around, ‘we are better together, so we’re going to be returning,’” he says. “The problem is that employees are saying, ‘what do you mean, we just survived two years of remote work?’ What is the impetus for getting back in the office full time?”

In industries that value creative problem solving and face time, it makes sense firms would want to go back to some level of in-person work. Simpson says some banks have tried to put an emphasis on a culture of apprenticeship and mentorship when talking about the importance of in-person work, a message that may be more effective. In a May letter to employees Jefferies executives tried this approach, urging employees to come back into the office at least some of the time for the sake of younger workers seeking mentorship. “Many of our mid-level and junior colleagues are justifiably feeling abandoned,” CEO Rich Handler and president Brian Friedman said. “They need to be in your physical presence and be exposed directly to your experience, perspective and humanity.”

Research indicates most workers want a hybrid arrangement like the one UBS is offering, with the ability to work from both an office and from home. A November McKinsey survey of employees across North America, Europe, and Australia found three-quarters of respondents prefer this option, and younger employees aged 18 to 34 are 59 percent more likely to leave their job than older ones if hybrid work isn’t available.

This is already starting to happen, Simpson noted. Fintech firms, for example, have said they see an opportunity to poach burnt-out Wall Street workers with the lure of more flexible arrangements. Public sector workers in New York City and Virginia are quitting after being ordered back into the office full-time.

Perhaps sensing this resistance, JPMorgan and Morgan Stanley have recently loosened attitudes on remote work, with Dimon acknowledging in April that “working from home will become more permanent in American business,” and the latter bank allowing employees to work from home 90 days a year.

Raj Choudhury, a professor at Harvard Business School who researches remote work, says he believes a shift to more flexible working options will ultimately be driven by recruitment and retainment, even in attractive industries like Wall Street. “The market dynamics will force others to catch up,” he says. “If you are a large bank and you are forcing employees to go five days a week, some of your best employees will be poached.” 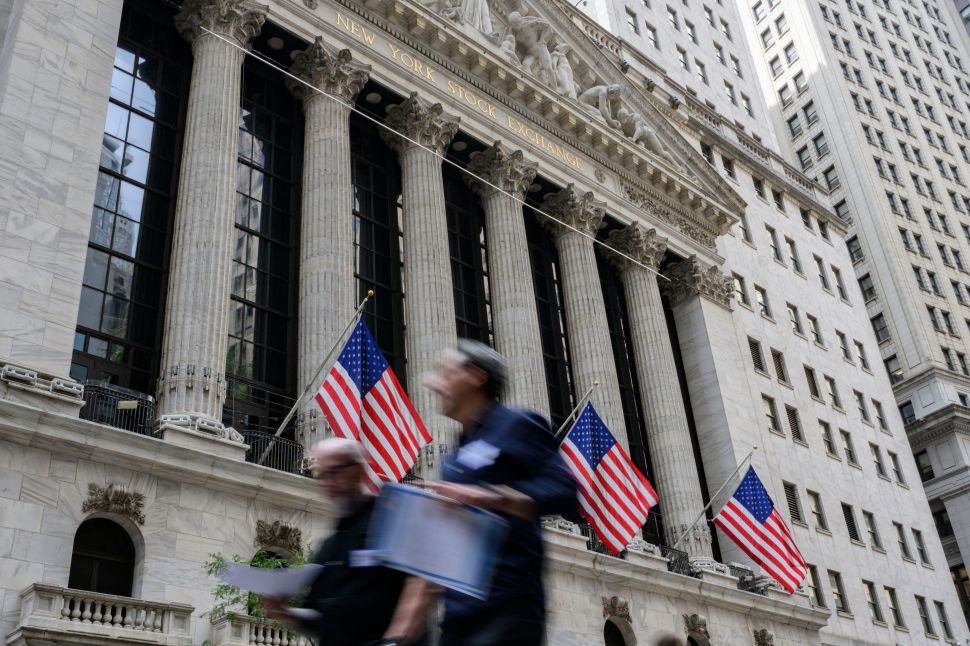