Few weeks have had as varied a streaming slate as this one. There are animated movies, new comedy shows, a true crime drama, and even a reality dating show — and no, it’s not The Bachelorette. These titles will make you laugh, they’ll make you cry, they’ll maybe even make you mad, but that’s all a part of the fun. So get scrolling and get streaming, because there’s plenty to watch this week.

From the people behind recent favorites like Crazy Ex-Girlfriend and On My Block comes a new comedy series about seizing life after death. Boo, Bitch stars Lana Condor as Erika, a high school senior who’s about to graduate but has next to nothing to show for it, socially speaking. When she gets hit by a truck and wakes up the next morning a ghost (albeit a very corporeal one), Erika decides to take this major life change in stride. Parties, boys, and beefs with the popular girl ensue. Boo, Bitch premieres Friday, July 8th.

If you’re looking for a whimsical animated movie that isn’t bogged down by brand names and IP, then The Sea Beast is a must-watch. Chris Williams, director of hits like Big Hero Six and Moana, brings his talents to a story that follows an adventurous seafarer and monster hunter who gets a big shock when he gets washed away from his crew with a stowaway orphan girl. The young girl befriends the very creature he set sail to slay, calling into question his swashbuckling ways. The Sea Beast premieres Friday, June 8th.

In case you missed it, the beloved Bob’s Burgers series got its big break on the silver screen earlier this year. When the burger joint-owning Belchers have a sink hole erupt directly in front of their store, all hope for a successful summer of snack-selling and loan-repaying seems lost. But when a body (gasp!) is discovered, a mystery that only the Belchers can solve unravels. The movie is great for diehard fans and newbies alike, with more than enough wit and color to power the film. The Bob’s Burgers Movie will be available starting on Tuesday, July 12th, and it will stream on both Hulu and HBO Max.

In a world where corporations seem to dictate every aspect of our lives, from what we post to what we eat to what we contaminate the planet with, Dark Waters presents the rare story of resistance. The 2019 film — based on real events — stars Mark Ruffalo as environmental attorney Robert Bilott, who took on massive chemical manufacturing company DuPont after connecting a large number of local deaths to their unregulated pollution. Director Todd Haynes makes this legal thriller into the ultimate indictment of American capitalism and how little compassion it allows, aided by stellar performances from Ruffalo, Anne Hathaway, and Bill Camp. Dark Waters was made available to stream earlier this month.

Car chases. Exquisite color palettes. A dude playing a flaming electric guitar. Mad Max: Fury Road has all of this and more. George Miller’s updated Mad Max sees that the power of this postapocalyptic world belongs in the hands of the women who are used and abused by it. Tom Hardy stars as Max, but Charlize Theron steals the show as Furiosa, a mysterious war rig driver who saves a group of women that would otherwise be doomed to a constant cycle of childbearing. Not only is it a superbly executed action spectacle, but the film’s feminist messaging is especially poignant now. Mad Max: Fury Road will be available starting Saturday, July 9th.

As a cultured young woman who prides herself on having good taste, I have long resisted the urge to recommend a reality show to you, upstanding reader. That ends today, because Season 2 of FBOY Island is here. The first season made me laugh harder than any other show — scripted or otherwise — and I’ve been anxiously awaiting the follow-up ever since. In this wonderfully stupid series, three women compete for the affections of twenty-six men, of whom half are self-proclaimed “Nice Guys” while the rest are proud “FBoys.” Will our eligible bachelorettes find love? Will they convert a few jerks? Will someone scam the $100,000 prize? Only time (and host Nikki Glaser) will tell. Season 2 of FBOY Island premieres Thursday, July 14th.

There are, objectively, too many crime shows out there. From true crime docs and adaptations to the many Law and Order clones, it can be hard for new series in the genre to distinguish themselves. Black Bird does not seem to have this problem. Taron Egerton plays Jimmy Keene, a convicted drug dealer who’s given the opportunity to be sprung from prison if he gets information out of a suspected serial killer (Paul Walter Hauser, in a role very different from his I, Tonya claim to fame). The six-episode series also showcases the late Ray Liotta’s final television performance as Egerton’s trying father. Black Bird premieres Friday, July 8th. 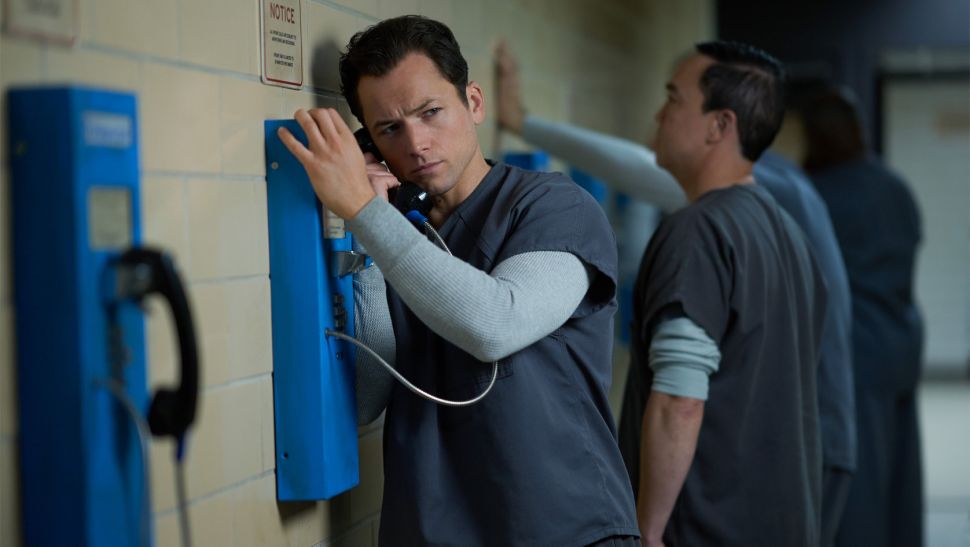