Adapting a beloved novel for the screen is a tricky endeavor, particularly one that has captivated readers so thoroughly as Where the Crawdads Sing. Written by Delia Owens and released in 2018, the novel has become one of the best-selling books of all time and continues to be devoured by those in search of a compelling story. And it is a genuinely compelling story—making Where the Crawdads Sing ripe for a film adaptation. That screen version comes thanks to Reese Witherspoon, who championed the novel early on and produced the film with her company Hello Sunshine. The result, directed by Olivia Newman, is one of the most faithful literary adaptations to be released in recent years.

Kya, played as a child by Jojo Regina and as an adult by Daisy Edgar-Jones, is also known as the “Marsh Girl.” Abandoned first by her mother and siblings and then by her alcoholic, abusive father, Kya is forced to raise herself in the wild depths of the North Carolina marsh. Her life is one of pure survival until she encounters local boy Tate Walker (Luke David Blumm and then Taylor John Smith), who teaches her to read. After she falls for Tate, Kya is again left behind when he goes off to college and she quickly becomes drawn in by Chase Andrews (Harris Dickinson), who may or may not actually care about Kya. When Chase’s body is found in the marsh, Kya is the first accused and she is put on trial for murder—an ongoing event that frames both the book and the film.

As evidence mounts both for and against Kya during the trial, she recalls her upbringing and her relationships with Tate and Chase. Her kind-hearted lawyer Tom, played by David Strathairn, sympathizes with her plight, encouraging the jury to look beyond her notoriety as the Marsh Girl. Although Edgar-Jones, best known for Normal People and Fresh, is perhaps prettier—and definitely better coiffed—than the Kya who materializes in the novel, the narrative and its structure remain mostly true to the book. Many of the emotionally captivating details, like how Tate leaves bird feathers for Kya to find, are recreated with care.

Newman, along with cinematographer Polly Morgan, also conjure the overall feeling of the novel. Sunshine shimmers through the trees and across the marsh. Kya and Tate’s courtship is captured with a soft focus and gleam of sunlight that evoke Kya’s own sense of wonder. It’s easy to care about Kya because the camera does too. Her story is tragic, but there are moments of love and palpable kindness, aided by Edgar-Jones’ clear empathy for the protagonist.

Those who aren’t familiar with the book will have no issue immersing themselves into the world of the marsh; the experience of those who’ve read the novel will vary depending on how well the film matches their  preconceptions. But as a whole, Where the Crawdads Sing aptly captures what Owens wrote. While there’s value in delivering an adaptation that serves a massive group of readers who want to see a beloved novel play out onscreen, this one also doesn’t take any risks or make the tale its own. The ending of the book is, essentially, the ending of the novel and screenwriter Lucy Alibar doesn’t make any deviations to arrive there, for better or worse.

There is a palpable mood created by Where the Crawdads Sing, punctuated with Taylor Swift’s closing credits number “Carolina,” which perfectly captures the bittersweet conclusion. It’s a movie that resonates, particularly for those who felt drawn in by Owens’ novel, although certainly there will be viewers who find it trite or melodramatic. But this is a strong, satisfying adaptation that welcomes the audience into the marsh alongside Kya. 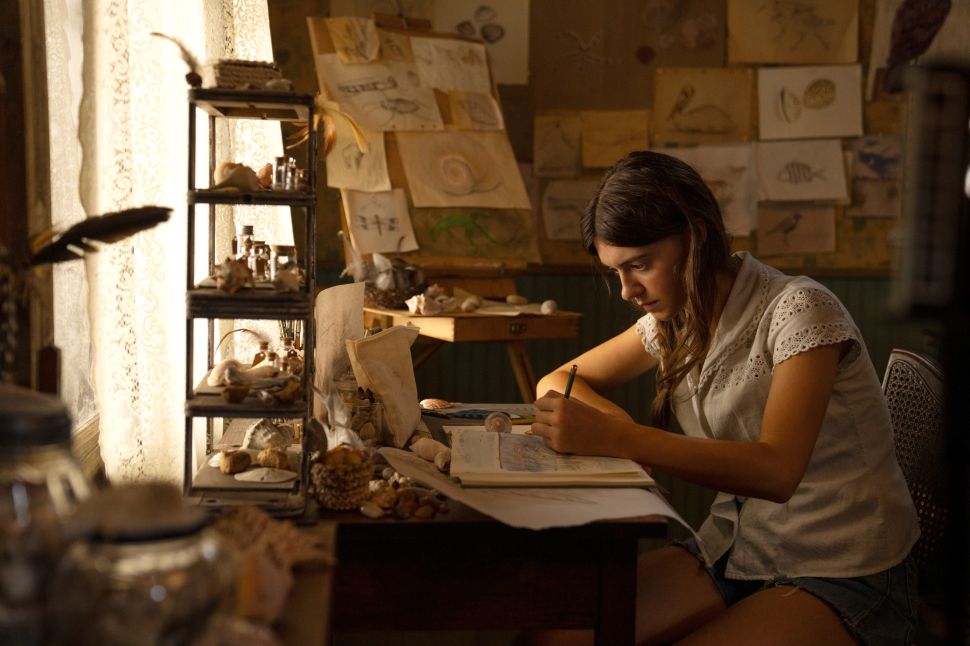