As an overrated, best-selling first novel by Delia Owens, the successful book Where the Crawdads Sing is so popular and mediocre that it lands in the bewildering tradition of Love Story and The Bridges of Madison County. As a movie, it’s a corny, old-fashioned melodrama cut from the same pattern as one of those backwoods Southern Gothic soap operas by Erskine Caldwell (remember Claudelle Inglish, y’all?). Set in North Carolina but filmed in Louisiana, making it to the screen was as inevitable as Spanish moss on a live oak tree.

In case you’ve managed to avoid this publishing phenomenon and know nothing about it besides its record-breaking position on the New York Times best seller list, Where the Crawdads Sing is the long-winded saga of an orphan girl named Kya, deserted by her sweet, long-suffering mother and brutal, alcoholic father, followed by her four siblings, and left to raise herself in a primitive swamp full of alligators and venomous snakes, with no education, no money, and no connection to the outside world including a radio, newspaper, or television set. It’s a miracle that Kya didn’t leave home, too, but that’s just one of the many empty spaces Lucy Alibar, who adapted the novel, fails to fill. But Kya stays, against all odds, surviving one disastrous hurdle after another by communing with every bug, bird and butterfly in Barclay Cove, North Carolina.

After years of deprivation, punishment, and enough humiliation to make Elsie Dinsmore look like Gloria Vanderbilt, the lonely, isolated girl who doesn’t own a single pair of shoes, grows into a lovely, doe-eyed woman (played by charming British actress Daisy Edgar-Jones) who loves and collects feathers, shells and the two handsomest men south of the Mason-Dixon Line. Tate, a blond, blue-eyed, boy (Taylor John Smith) who is too patrician, intelligent and soft-spoken to be believable as the son of a shrimp trawler, befriends her in childhood and grows up to be her lover, teaching her how to read and write and providing her with a list of publishers (huh?) in the hope that she will turn her accomplished nature drawings into a book. When he goes off to college, she believes he’ll come back and be her staunch, loyal and true-blue sweetheart forever. When she doesn’t hear from him for years, it breaks her heart and Kya takes up with Chase (Harris Dickinson), a handsome heel more interested in his own self-preservation and social-climbing marriage to a girl with connections (and shoes) from the right side of town, breaking Kya’s heart again.

When Chase’s body turns up dead in the marsh, there isn’t a trace of evidence to link her to his death, but it’s Kya who stands trial for murder. The vicious townsfolk who never give this disenfranchised girl a single break resemble dress extras in flour sacks who didn’t make it into the courtroom scenes in To Kill a Mockingbird. David Strathairn, the only actor in the film I knew from other work, takes pity on poor Kya during the long, slow-moving trial as the Atticus Finch-style defense attorney who vows to save her from conviction. Tate returns and begs forgiveness. Kya becomes a published author. There are huge gaps in the narrative that leave you scratching your head.

The movie begins with the murder trial and Kya’s endless misfortunes are catalogued from beginning to end in time frames that bounce from one year to the next in a Faulknerian stream of consciousness that hops and bounces around in a confusion of style over structure. You don’t know who the real murderer is until it’s time for the end credits to roll, but if you haven’t figured it out already, you just aren’t paying attention.

The box-office success of Where the Crawdads Sing will depend on how many of the book’s readers care about seeing the movie. A renewed interest in author Delia Owens’ highly publicized personal involvement in a real-life murder mystery that continues to arouse curiosity might generate business. But the fact remains that what emerges on the screen lacks the pace, suspense and humor it needs to keep a general audience alert and riveted. For what it is, I must admit it’s well served by an attractive, well-rounded and admirably dedicated cast. They soar despite the unsteady direction of Olivia Newman, making her debut as a feature film director without much coherence, but with enough sugar to spin cotton candy. 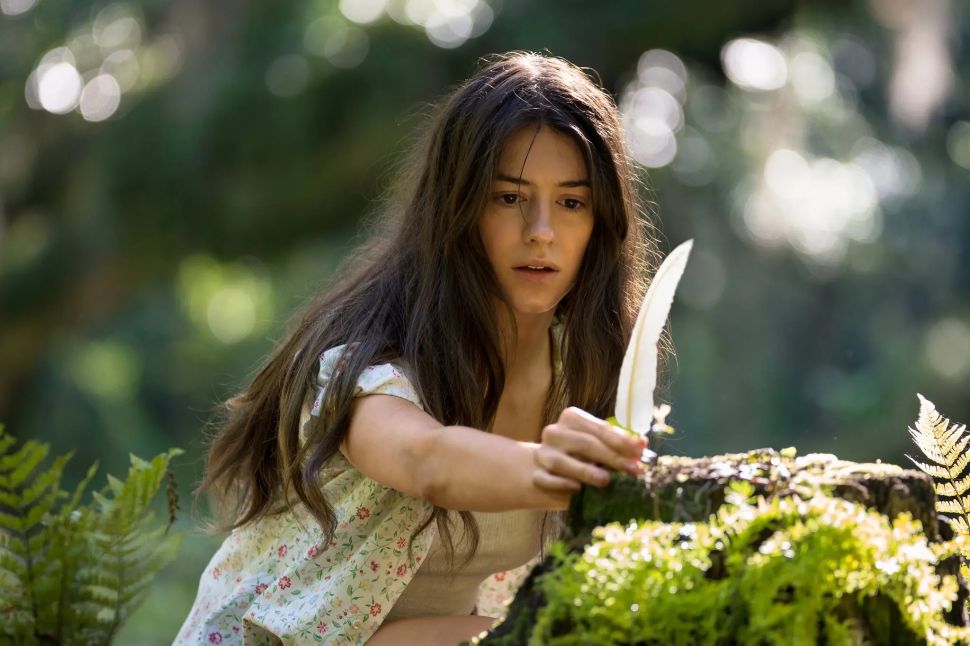