Remote work may be giving workers more time at home but it is costing them pay increases.

Working from home reduced wage growth by an average of 2 percentage points, according to a new study published in the National Bureau of Economic Research, which hasn’t yet been peer-reviewed. Researchers used data from a survey of 485 firms conducted by the Federal Reserve Bank of Atlanta, Stanford University, and the University of Chicago Booth School of Business in April and May of this year.

As workers negotiate their salary, they are taking their newfound flexibility into account, said Steven J. Davis, an economist who co-authored the study, in an email.

“Many workers are willing to accept a smaller pay increase in exchange for the opportunity to work from home two or three days a week, because they save time and money by avoiding a commute on those days,” said Davis, who teaches at the University of Chicago Booth Business School.

In turn, the paper suggests employers are seeing slower wage growth, happier employees, and lower quit rates. The findings also align with other surveys that have found U.S. workers are willing to sacrifice better pay in order to work from home.

But employers eager to implement return-to-office plans haven’t been particularly vocal about such benefits in recent months. In May Apple walked back a plan to bring corporate workers back into the office three days a week after a group of employees spoke out against it and a top executive resigned over the policy. And while Goldman Sachs CEO David Solomon has been gung-ho on getting workers back to the office five days a week—he once called remote work an “aberration”—in-person attendance at the firm was still below pre-Covid levels, at 50-60 percent, in May.

The paper’s findings are also promising for policy makers seeking to tame inflation, which rose 8.6 percent in May from the previous year in part due to rising wages. Because remote work has a moderating effect on wage growth, it “eases the current challenge facing monetary policy makers,” Davis said.

The Federal Reserve will meet on July 27, and is expected to announce another interest rate hike. Nicholas Bloom, a Stanford economics professor who worked on the NBER paper, tweeted Fed chair Jerome Powell would be wise to promote work-from-home policies given the findings. 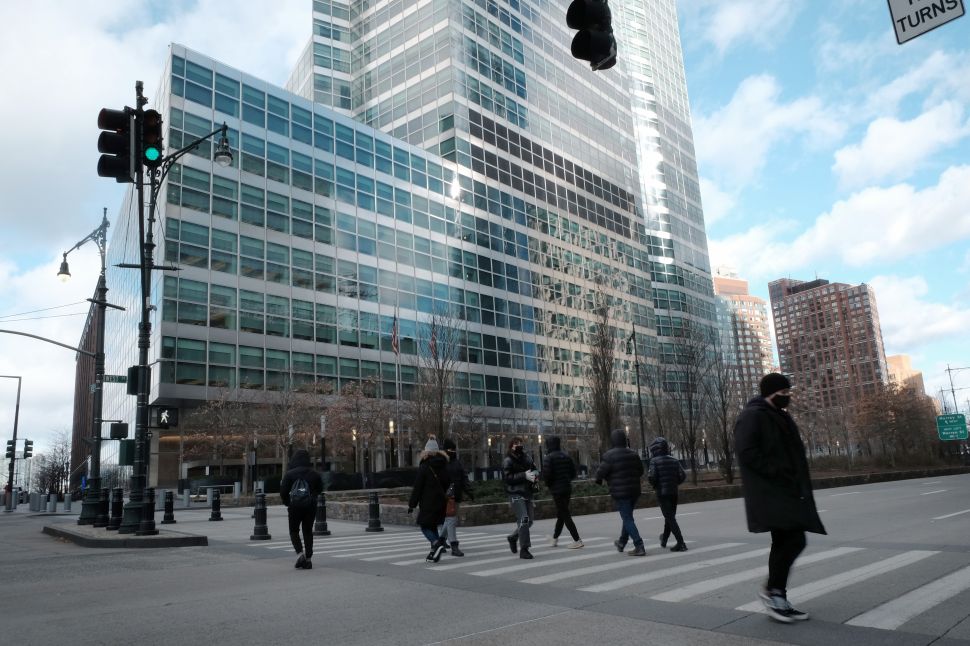