A 14th century antiquity was returned to Nepal in a repatriation ceremony, according to an Aug. 24 press release from the Manhattan District Attorney’s Office.

The Durga Stele was looted from the Kathmandu Valley in the 1960s along with numerous other Nepali statues smuggled by dealer Doris Wiener, according to the DA. Later sold to a private collector, the piece appeared on the New York art market this year where it was seized by the District Attorney’s Antiquities Trafficking Unit.

Valued at $18,000 and depicting the goddess Durga, the Durga Stele was used in Hindu ceremonial rituals and still contained a ceremonial ritual pigment of sandalwood and numeric when sold to a private collector. The piece surfaced after the conviction of Weiner’s daughter Nancy Weiner, who was charged in September 2021 for trafficking millions of dollars worth of looted antiquities.

“A single piece stolen from any country is one too many,” said District Attorney Alvin Bragg in a statement. “The historical, artistic and cultural values attached to the Durga Stele are immeasurable.” 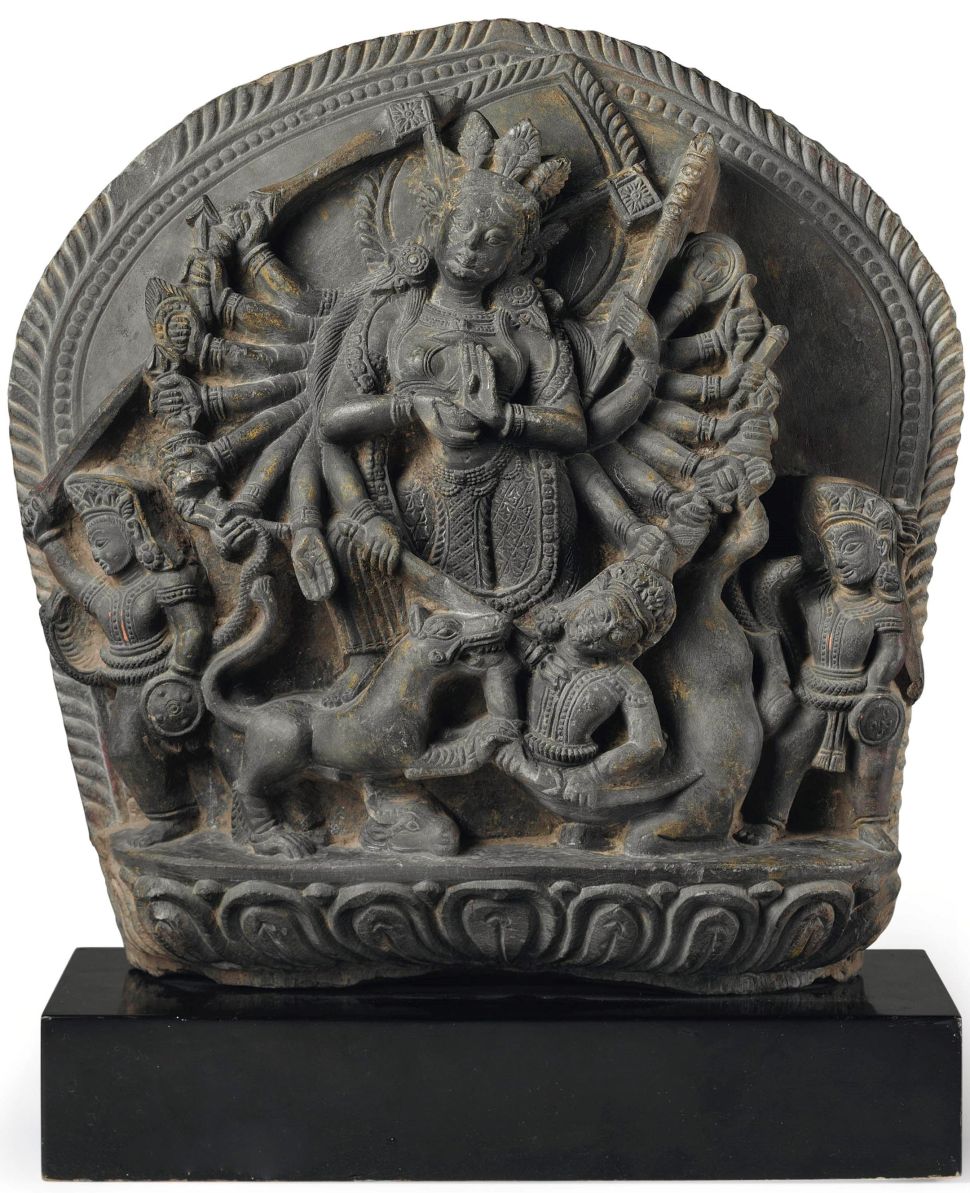