A Mickey Mantle baseball card has become the most world’s most expensive piece of sports memorabilia after fetching $12.6 million at auction.

The value of sports memorabilia has skyrocketed in recent years, alongside other forms of collectibles like comics and autographs. The market, worth $26 billion in 2021, is estimated to reach $227 billion by 2032.

“An eight-figure auction result in the sports market was the stuff of fantasy just a decade ago,” said Chris Ivy, director of sports auctions at Heritage Auctions, in a statement.

The 1952 Mickey Mantle rookie card was sold by Dallas-based auction house Heritage Auctions on Aug. 28 and surpassed previous records for baseball cards and sports collectibles—a Honus Wagner baseball card sold for $6.6 million in 2021, while the jersey worn by Diego Maradona during his ‘Hand of God’ 1986 World Cup goal was purchased for $9.3 million in May.

Heritage Auctions broke another record on Aug. 28, selling the most expensive game-used baseball bat when a signed Babe Ruth bat went for $1.68 million. 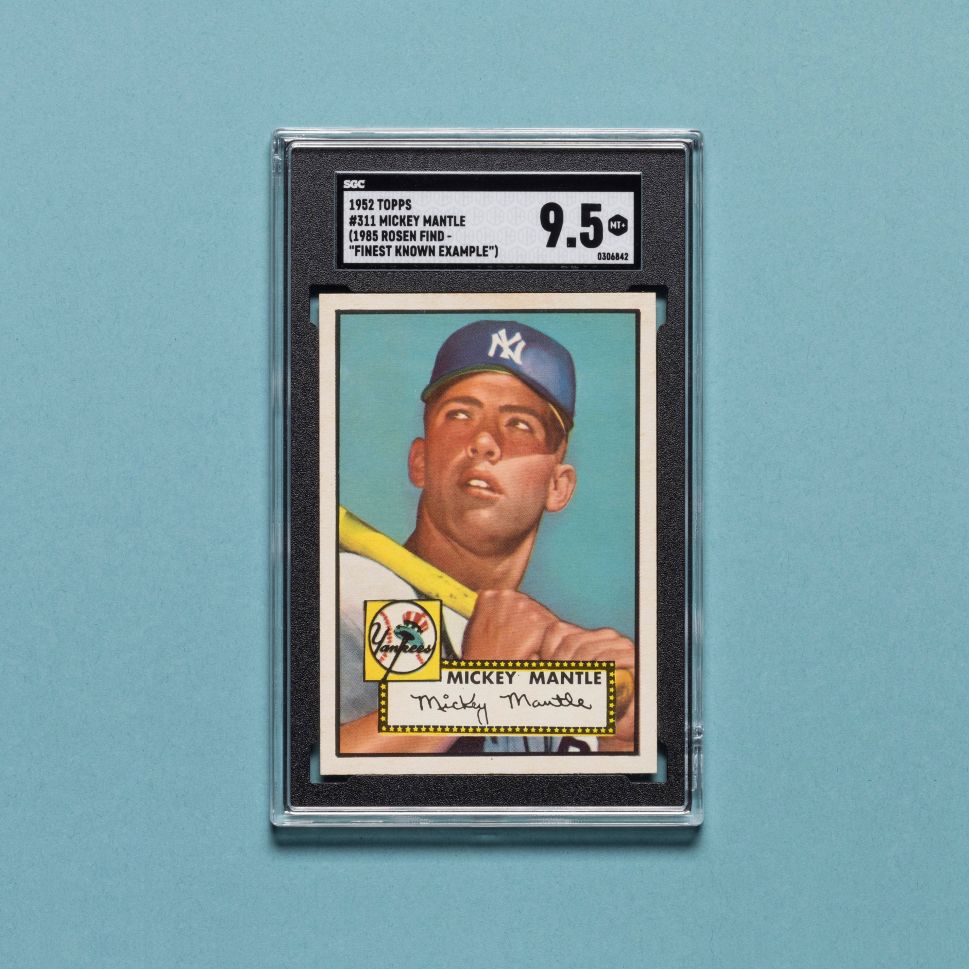