The mix-up stems from a bill sponsored by New York Senator Joseph Addabbo, which focused on banning the sale of whipped cream canisters to those under the age of 21. Filled with nitrous oxide, canisters can be used as an over-the-counter inhalant popularly referred to as ‘whippets’ or ‘laughing gas’.

“Used whippets piling up in our communities are not only an eye sore, but also indicative of a significant nitrous oxide abuse problem. This law will help to protect our youth from the dangers of this lethal chemical, while helping to clean up our neighborhoods,” said Addabbo in a press release.

Despite the law being enacted in November, New York stores only recently became aware of it and quickly enforced age restrictions for whipped cream dispensers. Grocery chain Price Chopper announced they would start asking for IDs by Sept. 1, while Stewart’s Shops convenience stores began actively carding customers, as reported by the Times Union.

“Requiring age verification when purchasing whipped cream is another classic compliance placed on convenience stores in New York state,” wrote Kent Sopris, president of the New York Association of Convenience Stores, in a statement to the Observer. However, Sopris admitted there was confusion about whether the law applied to whipped cream cans or the cartridges inside them.

And as it turns out, the latter is true—the law never intended for whipped cream canisters to be banned. Amidst the confusion, Addabbo, a Democrat representing Queens, posted a tweet today (Aug. 29) clarifying the purpose of his bill.

“There has been a misinterpretation of the language and intent of the bill. My bill is not intended to prevent people under the age of 21 from buying whipped cream dispensers, but the small, individual charger or cartridge inside the whipped cream canisters that is the target of his law,” he wrote.

Clarification for the misinterpretation of the state law regarding the sale of whipped cream canisters, which should be allowed. pic.twitter.com/XpCwrIQyF9

Two inches long and made of steel, the chargers are what contain nitrous oxide and can be sold either individually or in refill packs. “It is the individual charger or cartridge that is the sole target of the bill,” Addabbo wrote. 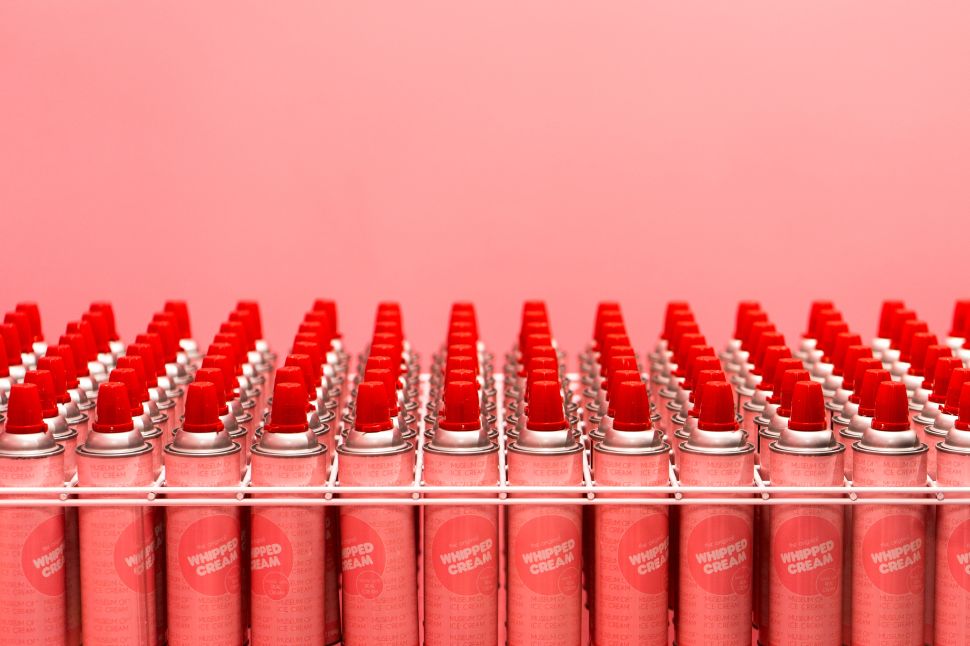