Author Salman Rushdie was attacked on a stage where he was set to deliver a lecture at the Chautauqua Institution in western New York.

CHAUTAUQUA, N.Y. (AP) — Author Salman Rushdie, whose writing led to death threats, has been attacked on stage at an event in western New York. https://t.co/C3vMNBl3Hl

A man ran up to the stage and attacked Rushdie, 75, while he was being introduced, according to the Associated Press. A group of people attended to Rushdie by holding up his legs, while the attacker was restrained. Agence France-Presse said police confirmed a stabbing occurred.

On Friday evening Rushdie’s agent Andrew Wylie said he was on a ventilator and couldn’t speak. “Salman will likely lose one eye; the nerves in his arm were severed; and his liver was stabbed and damaged,” Wylie told the New York Times.

Rushdie has spent the last 34 years under the threat of death. Soon after Rushdie’s book The Satanic Verses was published in 1988, Iran’s Ayatollah Ruhollah Khomeini issued a fatwa, or religious edict, calling for his death. There is currently a $3 million bounty offered by a Iranian foundation for anyone who kills the author.

The attack occurred in Chautauqua’s outdoor amphitheater, which seats around 4,000 people. Audience members were reportedly evacuated following the attack. The institution, which is located 55 miles southwest of Buffalo, holds lecture series every summer, and Rushdie has spoken there previously. 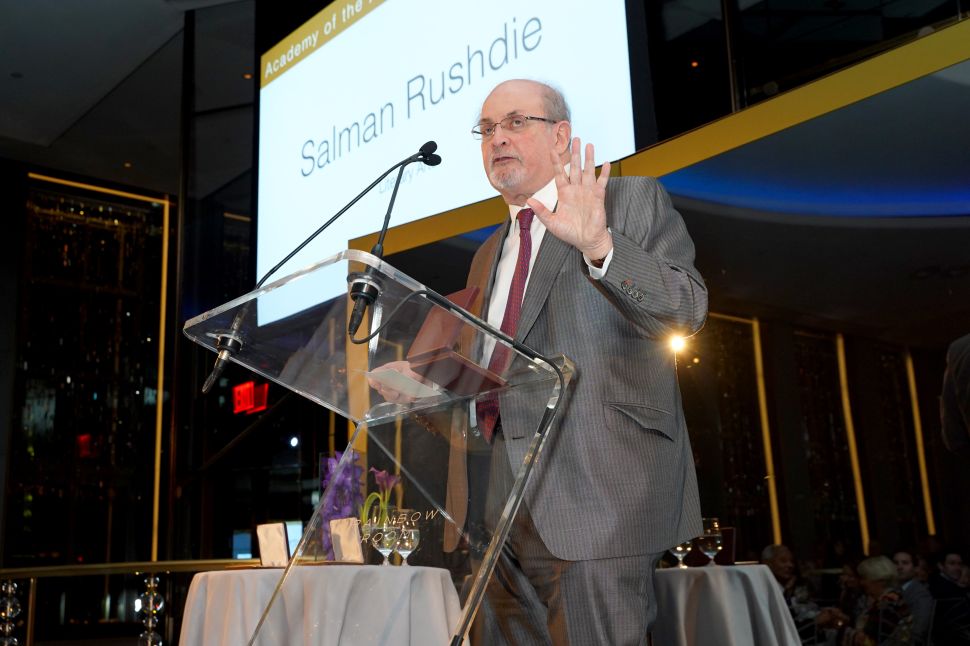