An acute but unspoken sense of postcolonial dislocation and ill ease infuses and elevates Beast, a creature feature from Icelandic director Baltasar Kormákur. You feel it mainly in the way Kormákur (who directed 2015’s  Everest) and his cinematographer, the great Phillippe Rousselot (an Oscar winner for 1992’s A River Runs Through It and lenser for the Fantastic Beasts movies), shoot the South African game reserve where most of the action takes place. The camera never stays still, constantly roving as if it has been unmoored from any fixed point of view. It’s as if we in the audience are there in the savannah, antsy and unsure where to stand or even what to take in.

Profound displacement informs the story too. Beast follows Nate Samuels (a stalwart Idris Elba, summoning his inner Gregory Peck), a recently estranged and widowed American doctor introducing Africa and his late wife’s homestead to his two teen daughters, Meredith and Norah. (The sisters, played respectively by Iyana Halley and Leah Jeffries, are the perfect antidote for those who feel that child characters scream too much in horror films.)

Nate is also there to discuss his great loss with Martin (a terrific turn from District 9’s Sharlto Copley), a wild-eyed wildlife biologist and reserve manager who recently broke up with his girlfriend.

Absence hangs over Beast almost as heavily as the rampaging Barbary lion with paws the size of catcher’s mitts that is killing most everything in its path. Having lost his entire pride to illegal poachers, he is dispossessed even within his own kingdom. All that remains within his hulking, all-but-unkillable body is rage and the unshakable notion that humans are the cause of his misery.

So, when Beast has its Snakes on a Plane moment— it comes when Copley’s Martin, badly wounded and trapped inside a truck announces, “The lion’s gone rogue!”— it doesn’t simply feel like another meme-in-the-making in a cheesy late August monster movie. Beast reflects a whole world gone rogue, where the aftereffects of exploitation, environmental degradation, and overall loss come hurtling at us with all the impact of, well, a VW-sized lion smashing full speed into a crashed truck.

Which is all to say, Beast does forcefully deliver what we all came for—namely, Idris Elba trading jabs with a lion the size of your college apartment—and it lands with the increased impact that comes with storytellers who carry a strong sense of purpose and perspective. Equally impressive is the measure and control with which the Obsessed actor interacts with his young charges; this is the rare action hero more adept at picking up the pieces than tearing things apart.

While the film was shot on location in South Africa, no actual lions were used on screen in Beast, and Kormákur makes the wise choice to not focus too much on his CGI creation when it is not in fast-moving attack mode. (When still, it appears only slightly less dead-eyed than the creatures in Jon Favreau’s unfortunate update of The Lion King.) Instead, the lion’s lurking adds to the film’s overall tone of discombobulated dread.

Like any horror movie worth its salted popcorn, you’ll spend much of the film cataloging the things the protagonists did right and the ones they did idiotically wrong. (Tip: when a lion is hell bent on slaughtering you and your children, it is a wise idea to close all doors and windows.) But when a wiser-than-average thriller can more than adequately supply the dumb thrills we require from our large-screen, air-conditioned entertainments, you know you’ve found the right place to survive these last few dog days of summer. 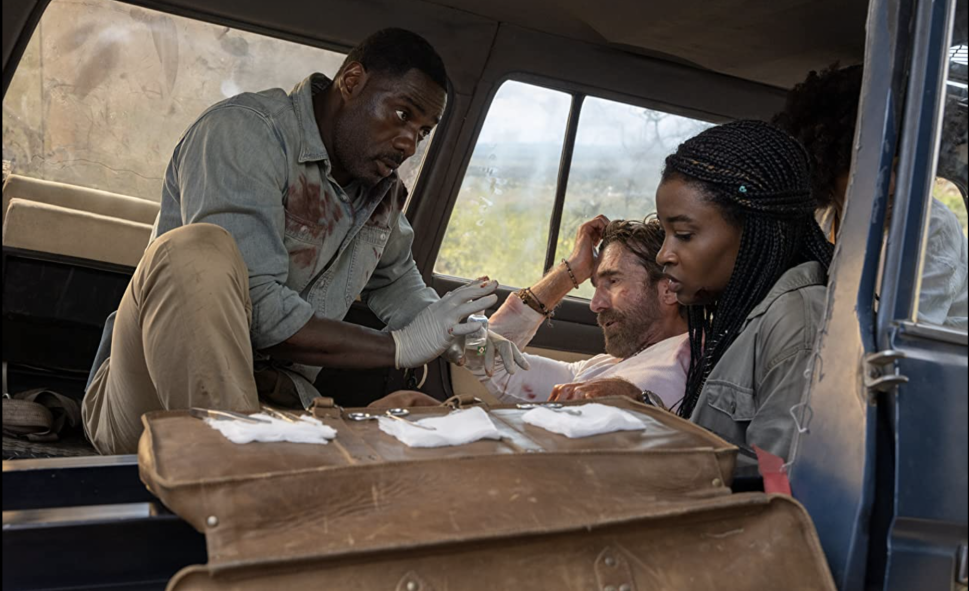