It’s been nearly a decade since the acclaimed crime thriller Breaking Bad came to its explosive conclusion. Brilliant as that series is, its ending is a little too perfect, offering its despicable protagonist a Darth Vader-style redemption and wrapping everything up with an incredibly on-the-nose Badfinger song. It’s an example of the thrills and limitations of a storyteller giving the audience exactly what they want: satisfying, but not as exciting or memorable as getting something you didn’t know you wanted. (The ur-example here is the smash cut to black that finished off The Sopranos, which both incensed the viewership and holds up as one of the greatest TV finales of all time.) Breaking Bad’s spin-off, Better Call Saul, has proven to be more than a match for its mother series in every respect, debuting with a level of confidence and stylistic refinement that Breaking Bad took years to achieve. Co-creators Vince Gilligan and Peter Gould have accomplished something rare in the annals of fiction: a superior prequel. Still, Better Call Saul suffers from the same forgivable flaw as Breaking Bad, tying up a little too neatly with an ending that viewers might just as well have written for themselves.

In a sense, Better Call Saul came to an end three episodes before the finale, in the masterful “Fun and Games.” It’s here that we see the completion of Jimmy McGill’s (Bob Odenkirk) transformation into Saul Goodman, the moment when he gives up on being a human being and lets the cartoon devil on his shoulder take the wheel. Gus Fring (Giancarlo Esposito) gets away with the assassination of Lalo Salamanca (Tony Dalton), though his revenge against the cartel won’t be complete until Season 5 of Breaking Bad. Mike Ehrmantraut (Jonathan Banks) gets a dressing down from fellow grieving father Manuel Varga (Juan Carlos Cantu), who denies him the validation of being a “good guy” amongst criminals. Kim Wexler (Rhea Seehorn), having seen the human cost of her perfect long con, chooses to exile herself from her home and the man she loves rather than risk hurting anyone else. If not for the black and white epilogue segments scattered throughout the series, a viewer could be convinced that “Fun and Games” is the last episode, and would probably not be disappointed.

Said viewer would, of course, miss out on a few hours of excellent television, as Better Call Saul pivots fully into the tragedy of Gene Takovic, Jimmy McGill’s new cover identity in Omaha, Nebraska in the aftermath of Breaking Bad. Saul commits to being a different show from this point forward: a new cast of characters, a unique opening title card, a more deliberate pace, and a subdued musical score. This new variant of the series is distinct but no less intriguing than the last, as Gene slips back into the world of heists and cons in order to add some flavor back into his lonely, monotonous life as the manager of a Cinnabon stand. The episode “Breaking Bad” folds Better Call Saul and its ancestor together with remarkable poetry and economy, juxtaposing Gene’s ill-fated last con against flashbacks to Saul Goodman’s first encounters with Walter White and Jesse Pinkman. The penultimate episode, “Waterworks,” ranks among the best of the series, as Gene’s new life falls apart around him and Kim Wexler chooses to face justice for her sins. It’s a heart-wrenching, nail-biting character drama, every bit as artful as the series proper while being comparably (and intentionally) cold and joyless. For both Jimmy/Gene and Kim, this is the world after the end of the world.

Perhaps this is why bringing the story to a neat conclusion doesn’t feel entirely satisfying. The series finale, “Saul Gone,” offers our lead character the closest thing to a happy ending that he could ever deserve: He’ll spend the rest of his life in prison, but he’s made some measure of amends to his victims and restored the soul of Jimmy McGill. After his capture in Omaha, “Gene” once again becomes Saul (or at least seems to), performing a canned, sob story version of his working relationship with Walter White and negotiating a generous plea deal for himself. When he learns that Kim has confessed to covering up Howard Hamlin’s death, Saul appears to be ready to throw her under the bus to reduce his sentence further, but this turns out to be a ploy to convince Kim to witness his testimony. With victory (in the form of a scant seven years jail time) in his grasp, Jimmy McGill reasserts himself in court and gives a genuine, remorseful confession. He takes responsibility not only for his role in building Walter’s empire, but in the deaths of Howard Hamlin and his brother, Charles McGill. He gets to look Kim in the eyes again and have her see him — the real him, the him who loves her — rather than the ghoul who sat across from her during their divorce proceedings.

He does everything we’d want him to do, for exactly the reason we’d want him to, and it all appears to happen very fast. It may be that Jimmy has had this plan in mind since his arrest, but it doesn’t really read that way. It appears that Jimmy makes the decision to sacrifice himself in the time that it takes his attorney (Peter Diseth) to visit the airplane bathroom. It’s not that this is totally out of character; Jimmy’s devotion to Kim drives many of his choices throughout the series. He can’t save her, and she doesn’t want to be saved, he simply refuses to accept a slap on the wrist for their actions while she faces financial ruin in a civil suit. But, considering that he has spent not only the last four episodes but the entire run of Breaking Bad as a different person, his reversion to Jimmy feels a little easy. Not wrong, just easy. Maybe that’s the idea. It’s a romantic notion that all that Saul Goodman needs to change back into Jimmy McGill is for Kim’s future to be in jeopardy, but that’s more idealistic than we’re accustomed to in Vince Gilligan’s Albuquerque.

Gilligan and Peter Gould (the latter of whom wrote and directed this episode) don’t overplay their hand here. There’s no kiss, no apologies, no plausible happily ever after for either protagonist. Jimmy and Kim’s final scenes together are understated but deeply affecting, as Kim comes to visit Jimmy in prison, posing as his attorney. Kim seems like her confident old self, and her subterfuge honors their past — one last little con. The two share a cigarette, its embers the only pop of color in their black and white world. This could easily be the parting shot of the series (and perhaps should have been), but Kim’s departure from the prison removes any ambiguity that this will be the couple’s final meeting. Jimmy will live out his days in prison, protected by his legacy as Saul Goodman but separated from the love of his life. Kim will likely be sued into oblivion by Howard’s widow, but that’s the only way she can live with herself. Both Jimmy and Kim have chosen to accept judgment, and have been sentenced proportionately. They lose each other, but they keep their souls.

Punctuating the themes of the episode are a trio of full-color flashbacks, in which Jimmy/Saul encounters departed characters Mike, Walter (Bryan Cranston), and Chuck (Michael McKean). The flashbacks frame the finale (and the series as a whole) as a story about regret, and the value of regret. Jimmy McGill has attempted to live his life regretting nothing, shrugging off his mistakes with the assurance that one day, he’ll simply stop thinking about them. It’s only once he becomes willing to live with regret, rather than dismiss it, that he is capable of changing for the better. In this final episode, Jimmy breaks the cycle he has been trapped in all of his life. It’s unquestionably the right ending, cementing Better Call Saul as one of the great dramas of its time and Jimmy McGill as one of the best television characters of all time. But, as with Breaking Bad, the finale itself is just the slightest bit cheap, not enough to cheapen the entire show, but enough for the series to fall short of perfection. 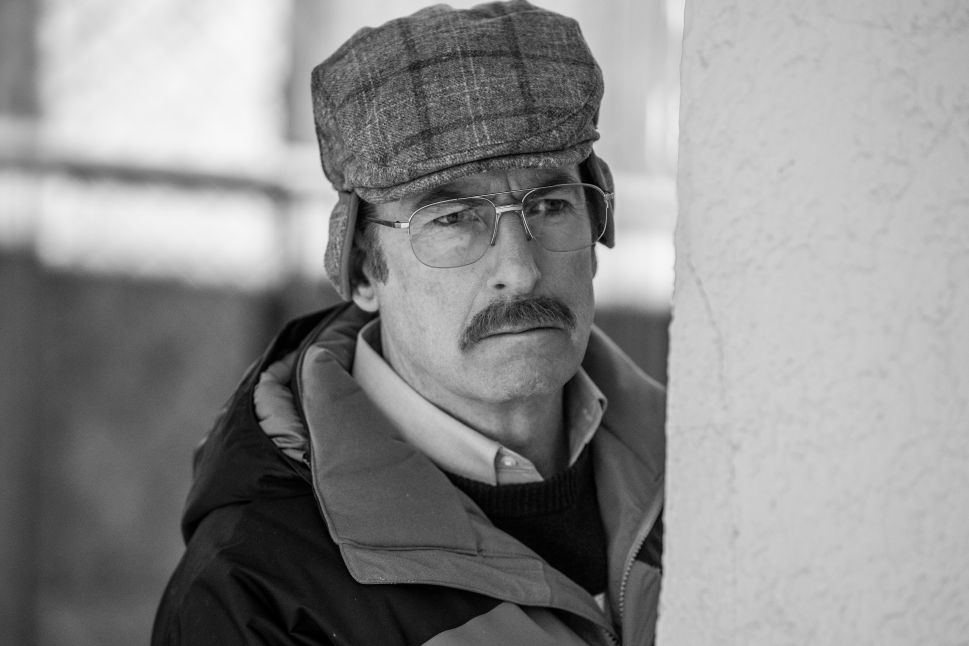