The Chinese government has suspended the trade of some consumer goods with Taiwan, in apparent retaliation for a visit to the self-governing island on August 2 by U.S. House Speaker Nancy Pelosi. China’s Taiwan Affairs Office said today (August 3) it would block the imports of certain citrus fruits and fish products from Taiwan. But Beijing has yet to touch the single most important trade item between the island and mainland China: semiconductors.

Taiwan is the world’s largest exporter of computer chips, supplying about half of the global demand for assembling cars, home appliances, smartphones and other electronics. China, its largest trade partner, purchases tens of billions of dollars worth of chips each year from Taiwan, including some super advanced processors that China can’t find elsewhere.

Last year, Taiwan shipped $104 billion worth of chips to factories in mainland China, accounting for nearly 90 percent of its total export to China, according to Taiwan government data.

Also today, China’s commerce ministry suspended exports of natural sand to Taiwan. Natural sand is a key component for semiconductor production. Although Taiwan sources most of its sand imports from China, the impact of the trade ban will be “limited,” because sand imports account for less than 1 percent of domestic demand, said Taiwan’s Ministry of Economic Affairs today.

“If you take a military force or invasion, you will render TSMC factory not operable,” Liu said in an interview with CNN on July 31, before Pelosi’s visit was confirmed.

Taiwan, officially the Republic of China (POC), split with mainland China in 1949 after a civil war resulted in the Chinese Communist Party establishing the People’s Republic of China (PRC) and the defeated Chinese Nationalist Party moving its base to Taiwan. Since then, the PRC has asserted under its “one-China principle” that Taiwan is part of China, while Taiwan has maintained de facto independence with its own democratic government.

Since 1979, the U.S. has recognized the People’s Republic of China (PRC) as the sole legal government of China but only acknowledged the Chinese position that Taiwan is part of China. That stance is known as the ambiguous American version of the “one-China policy.”

Washington has no formal diplomatic relations with Taiwan, but maintains unofficial ties and is obligated by the Taiwan Relations Act of 1979, a federal law, to ensure that the island has the means to defend itself.

Pelosi wasn’t the first senior U.S. government official to visit Taiwan. But amid heightened geopolitical tensions, Beijing saw her trip as an endorsement of Taiwan as an independent state and a provocation to the PRC’s political standing.

In a statement on August 2, Pelosi said her visit “in no way contradicts the long-standing one-China policy” and “the United States continues to oppose unilateral efforts to change the status quo.” 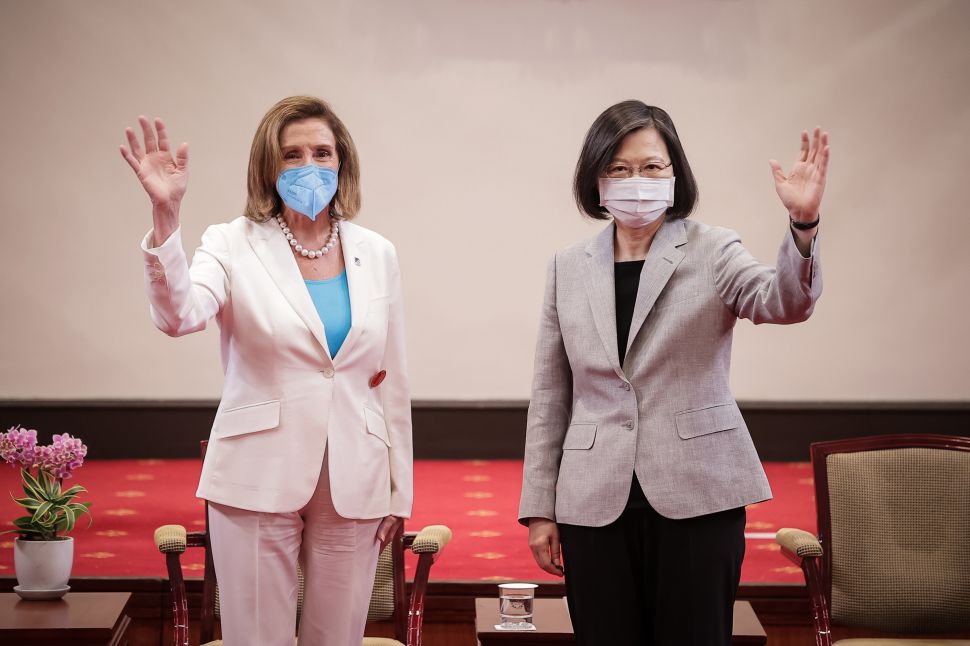