In retaliation for a visit to Taiwan by U.S. House Speaker Nancy Pelosi Aug. 2, Beijing has imposed a series of sanctions on the U.S. That includes the suspension of an anti-drug trafficking cooperation with Washington aimed to stem the smuggling of illicit narcotics, among them fentanyl, into the U.S. The countermeasure marks a temporary end to an agreement struck in 2018 between the Trump administration and Chinese President Xi Jinping and could make the already serious opioid epidemic in the U.S. a bigger crisis.

The spread of fentanyl, a type of synthetic opioid, in the U.S. over the past decade has resulted in record numbers of overdose deaths. In 2021, more than 100,000 Americans died of drug overdose, nearly 80 percent of which related to opioids, according to the Centers for Disease Control and Prevention (CDC). The U.S. government has blamed this crisis in part on China, the primary source of fentanyl and fentanyl-related substances trafficked into the U.S.

For years, a myriad of Chinese chemical companies and brokers smuggled fentanyl and its analogs into the U.S. through international mail and express consignment services, according to the U.S. Drug Enforcement Agency.

A 2018 agreement on drug trafficking between Presidents Xi and Trump

In 2019, China moved to ban the production and distribution of all fentanyl variants and two fentanyl precursors as part of President Xi’s promise to then U.S. President Donald Trump at 2018’s G-20 Summit to combat cross-border drug trafficking.

The measure “has created some deterrence effects,” wrote Vanda Felbab-Brown, a senior fellow at Brookings Institute studying crime and nontraditional security threats, in a blog post for Brookings Institute in March, but it “has not been sufficient to stem the flow of fentanyl to the U.S. It has mostly led to shipments being rerouted through Mexico.”

She added that as geopolitical tensions grow between the U.S. and China, Beijing’s willingness to cooperate with Washington on counternarcotics is shrinking.

When China announced the agreement in 2019, the DEA said the effort would “eliminate Chinese drug traffickers’ ability to alter fentanyl compounds to get around the law.” The agency declined to comment on China’s suspension of this program following Pelosi’s Taiwan visit.

The White House condemned China’s backtracking from the cooperation. “At a time when illicit fentanyl continues to claim a life every five minutes, it’s unacceptable that the PRC (People’s Republic of China) is withholding cooperation that would help to bring to justice individuals who traffic these illicit drugs and who engage in this global criminal enterprise,” Rahul Gupta, director of the White House Office of National Drug Control Policy (ONDCP), said in a statement Aug. 8.

Gupta added the impact of China suspending the cooperation could be global. “China has played and must play a key role in helping disrupt the illicit flow of drugs like fentanyl and their precursor chemicals.” 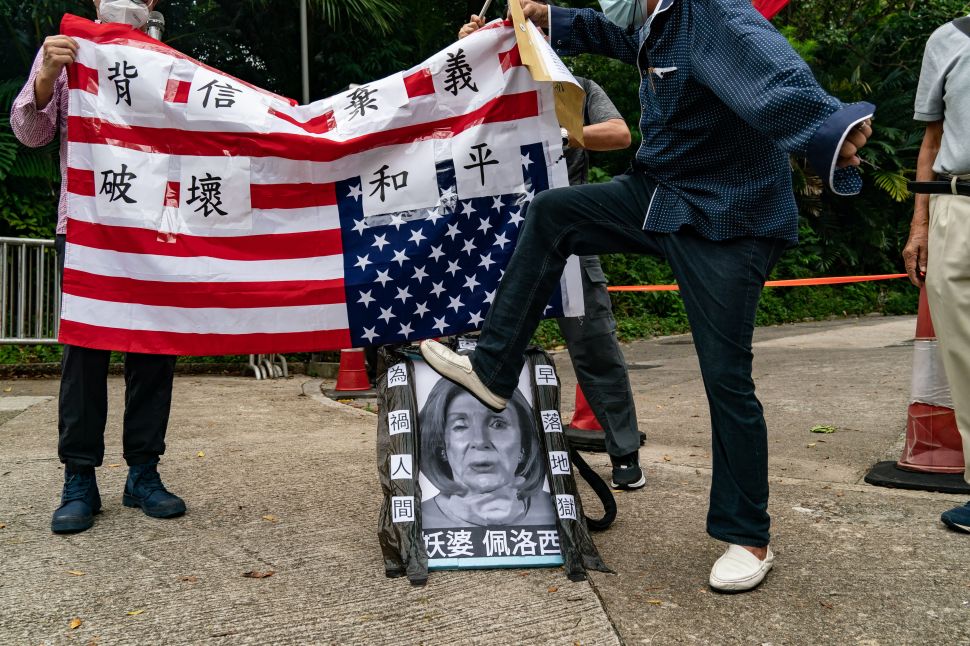