The wave of climate activists using museums and glue as a form of protest has continued, this time at the Vatican.

Demonstrators from Italian environmental group Ultima Generazione glued themselves to the base of Roman sculpture Laocoon and His Sons at the Vatican Museums on Aug. 18, unfurling a banner reading “no gas and no carbon.” The statue reportedly wasn’t damaged, and protestors were removed and processed at an Italian police station.

“Scientists and activists are not being listened to, or worse, they are repeatedly silenced by governments,” the group wrote in a statement.

In July, Ultima Generazione conducted similar protests at Milan’s Museo del Novecento and Florence’s Uffizi Gallery. Meanwhile, demonstrators from climate coalition Just Stop Oil have glued themselves to artwork held in museums and galleries across the U.K. over the past few months.

Both groups are primarily funded by the Climate Emergency Fund, a California organization founded by a trio of millionaire philanthropists. 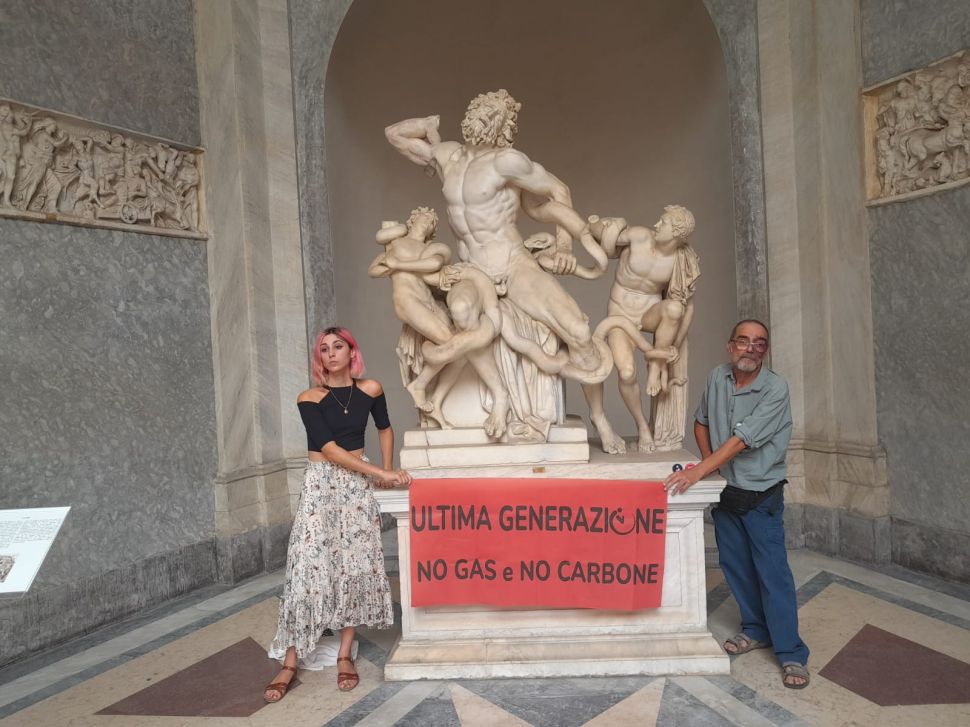