A new report from New York City’s Office of the Comptroller exposes just how unprepared the city is for rising heat levels — despite the fact that heat deaths are the leading cause of weather related fatalities across the US.

Out of 542 cooling centers (facilities designated as emergency air-conditioned spaces) across the boroughs, half were closed on Saturdays during July’s week-long heat wave. And 83 percent were closed on Sundays, even though the heat wave stretched across an entire weekend.

In addition, nearly 50 percent of the cooling facilities were senior centers excluding residents under the age of 60. Of these senior centers, over half didn’t include extended hours and 22 percent didn’t provide wheelchair access.

New York City, which saw four fatalities in last month’s heat wave, typically experiences 370 annual heat-related deaths, a number that will likely increase to over 3,000 in the next 60 years as temperatures rise due to climate change, according to the August 4 report.

Other types of cooling centers listed by the report include community centers, libraries and a category of 17 facilities labeled ‘other,’ 16 of which are Petco stores.

There are also significant discrepancies in cooling center availability across boroughs and neighborhoods, with Queens containing the lowest number of centers per person while Manhattan has the highest. Underserved communities include Brooklyn’s East Flatbush, which only has two available centers for its over 162,000 residents, in addition to Queens’s Elmhurst and Corona and the Bronx’s Kingsbridge Heights and Bedford.

Heat-rate mortality was found to be more common in neighborhoods with higher poverty levels, where air conditioning ownership and use is less common. A New York program providing financial assistance for air conditioning saw a 200% increase in requests this year and eventually had to stop taking applications.

The 25-page report also found heat mortality rates doubled for Black New Yorkers compared to white residents, “as a result of decades of racist housing and economic policies,” that include the combined effects of redlining by lenders and less tree cover and green space in neighborhoods that are not historically white.

Representatives from the mayor’s office did not respond to immediate requests for comment. 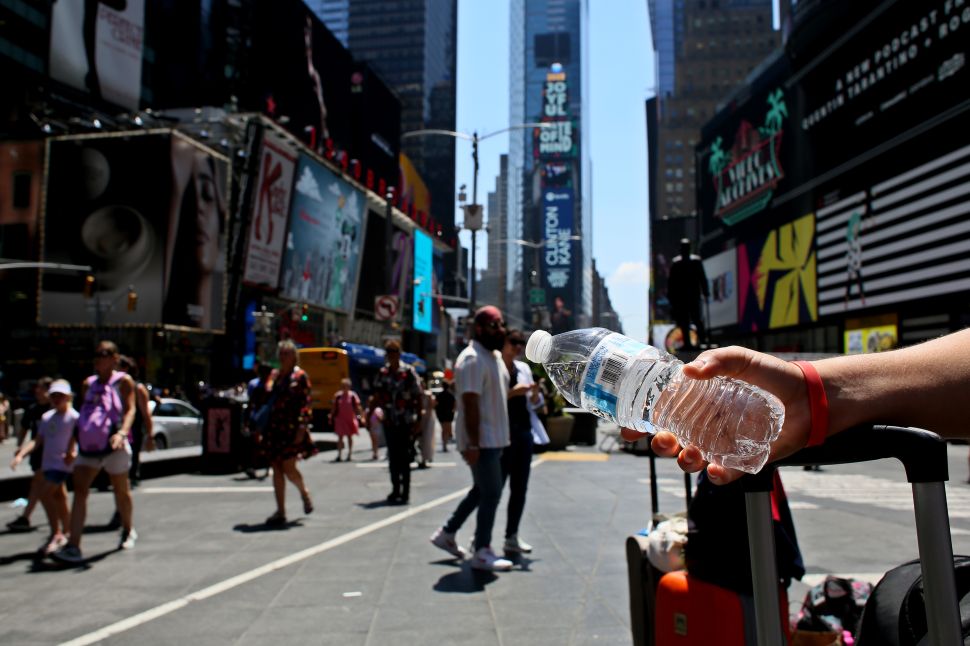