This review is spoiler-free.

Game of Thrones may go down as the last genuine example of appointment television. Debuting in 2011, two years before Netflix began releasing its own, direct-to-streaming series, Thrones was like nothing else on the air, a grimy and adult spin on medieval fantasy that gradually amassed a huge audience, spanning age groups and other demographics which were, for the most part, watching at the same time as the rest of their time zone. It was the show no one dared to miss on Sunday night, lest they be left out of the water cooler conversation (or its modern equivalent, the dedicated Slack channel) on Monday morning.

Today, audiences are not only more fragmented in what they watch, but when they watch it. Most streaming services post new episodes (or entire seasons) of hit shows at 12 a.m. Pacific Time and fans log in to watch in the morning before work, that evening, or the following weekend. As convenient as this is, what’s lost is the one silver lining of living in a corporately-owned monoculture: the shared experience of enjoying a work of fiction together with your entire community, all at once.

HBO, which still releases most of their prime time programming simultaneously on HBO Max, is one of the only brands in position to recapture this pop culture fervor, and their quest to find the next Game of Thrones has led them, inevitably, to Game of Thrones. This past Sunday, cable and streaming audiences alike tuned in at 9 p.m. to watch the premiere of House of the Dragon, the prequel series set in George R. R. Martin’s world of Westeros. The opening episode is startlingly familiar and, of course, that’s the idea. House of the Dragon is HBO’s play at reclaiming the fanbase who were sorely disappointed in GoT’s final seasons, which were rushed through so that bored producers David Benioff and D.B. Weiss could move on to other, soon-to-be-canceled projects.

Westeros is now in new hands, those of Ryan J. Condal, co-creator of the USA sci-fi drama Colony. (No, I haven’t seen it, either.) To me, a viewer who drifted in and out of watching Game of Thrones, House of the Dragon at first feels like more or less the same show, for better or worse. However, having previewed the next five weeks of episodes, I have to admit that it’s started to get its hooks into me, in part due to what makes it different from its predecessor. While I have little doubt that it will eventually take the shape of a sprawling war epic, for now, House of the Dragon is more of a family drama, albeit about a very incestuous family who rides mythical beasts and controls the fate of an entire civilization.

Part of the appeal of Game of Thrones is the massive scale of its world, which is explored in such a way that it takes years for many of the main characters to even meet each other. By comparison, House of the Dragon is a much smaller, and consequently much easier to follow narrative. As its title implies, the new series focuses tightly on the affairs of House Targaryen, the dynasty of white-haired dragon riders that ruled over the quasi-medieval land of Westeros about two centuries before the events of Game of Thrones. When the series opens, the Targaryens are led by King Viserys (Paddy Considine), whose unremarkable reign has yielded no wars, no major disasters, and no male heirs. His only living child is Princess Rhaenyra (Milly Alcock), a sharp and adventurous dragon-rider who tradition demands be passed over for the throne in favor of her creepy uncle, Prince Daemon (Matt Smith). That is, unless Queen Aemma (Siam Brooke)‘s pending newborn is a boy, in which case the baby outranks them both. The drama of the season surrounds this matter of succession, and the question as to whether it’s better to enrage the public by empowering a highly-competent and even-tempered woman, or let them have the bloodthirsty rake who might have his dragon burn down the entire kingdom, but at least has a penis. It’s more nuanced than that, of course, but the message mostly boils down to “the patriarchy is evil and stupid” and, well, no shit.

Just as it argues that civilization is built on the suffering of women, House of the Dragon is built on that same foundation. “Our battlefield is the womb,” Queen Aemma tells her daughter, regarding the responsibility of noble women to marry whoever is most politically prudent for their families and pump out as many potential heirs as possible. The show’s female protagonists are all prisoners of tradition, their only choices being to suffer quietly or suffer loudly. The season includes multiple explicit scenes of agonizing, perilous childbirth, which successfully provoked my rage that anyone in the show’s world or our own country should be forced to do this against their will. It also includes very little hope of things getting better, which can make it exhausting to watch. Fans of Game of Thrones will likely not mind House of the Dragon’s cruelty (this was part of the original’s appeal) but I found it hard to sit through. The violence is bloody and nasty, the sex is almost always uncomfortable or transgressive, and characters are only likable so that we pity their terrible circumstances.

The fact of it is that absolutely no one is having a good time on House of the Dragon, and that makes it harder for me as a viewer to enjoy myself. King Viserys is surrounded by advisors and “friends” who are all pushing their agendas, to the extent that even he, the most powerful person in his world, feels dehumanized. Princess Rhaenyra is justifiably bitter over society’s unwillingness to acknowledge her potential as a warrior and leader. Prince Daegon is too depressed to enjoy his orgy because nobody appreciates what a devilishly evil bastard he is except for his niece, who he’s not allowed to fuck. (Unless they get married, in which case cousin-fucking is called “statecraft.”) The show’s most interesting character is Alicent Hightower (Emily Carey), the teenage daughter of the king’s closest advisor who is forced to become a cunning political operator as a matter of survival. Carey’s performance is a standout amongst a strong cast, but even she doesn’t pop quite in the way that Peter Dinklage did as brilliant ne’er do well Tyrion Lannister on Game of Thrones. By consequence of the bleak subject matter, the joy simply isn’t there.

Thus House of the Dragon’s most interesting trait is the one that makes it most different from its predecessor: Where GoT told a slow-burning story spread out across the map, HotD is spread across time, with months or even years taking place between episodes. The show’s pace is dictated by the needs of the story, avoiding one of the biggest issues with GoT’s lesser seasons, where the desire to hasten the finale cost the show its sense of scale. Each episode feels like a complete chapter in the family’s story, and the long-term effects of every choice are just one episode away. This might make the show more fun to watch week-to-week than binge, though it’s pretty unlikely any series can restore the magic of appointment television. The culture has moved on. However, if you’re looking to recapture that habit, to sign on for another season of football, there are some talented new players, the coaches who broke your heart have been sacked, and the game is basically how you remember it. 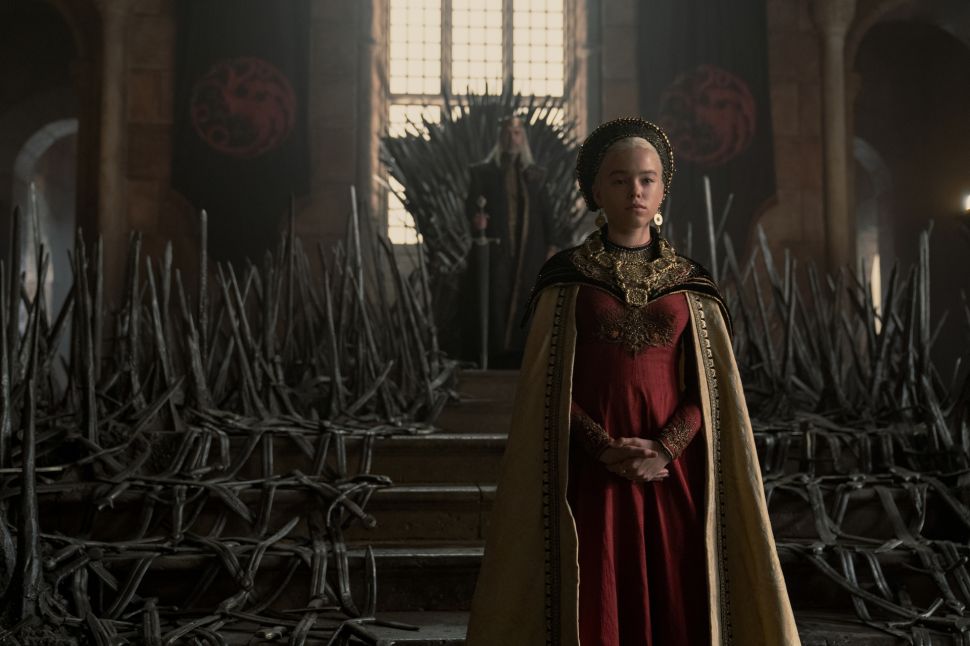