A newly built superyacht reportedly owned by Amazon founder Jeff Bezos was quietly removed from a shipyard in the Netherlands this week after an attempt failed to have a local historic bridge dismantled to make room for its passage.

The 417-foot-long vessel, called Y721, was towed from a shipyard in Alblasserdam, Netherlands to Rotterdam, located about 13 miles away, in the early morning of August 2, according to the German magazine Der Spiegel.

Dutch Yachting, a yacht fan club, posted a video on YouTube of Bezos’ yacht leaving the shipyard in the dead of night. The video has garnered more than 240,000 views.

Y721 has been under construction by Oceanco, a Dutch shipbuilding company, commissioned by Bezos, since 2018. The giant vessel is about half the length of the RMS Titanic and estimated to cost $500 million. Upon completion, it will be the world’s largest sailing yacht, according to Boat International.

Y721 became the center of controversy in February after Oceanco requested that the city of Rotterdam dismantle part of a historic bridge to allow Bezos’s yacht to pass through. The bridge was in the way of the ship’s only route to the sea and had a clearance too low for it to sail through.

The news caused a stir in the local community, because the bridge, officially called Koningshaven Bridge and locally known as De Hef, is a cherished landmark. Some local residents organized protests on social media, despite the Rotterdam government promising to rebuild the bridge back to its original form and Oceanco agreeing to pay for the operation.

Pressured by the pushback, Oceanco in late June decided not to apply for the relevant permit to dismantle the bridge, Bloomberg reported.

Hanco Bol, a Dutch Yachting member who shot the viral YouTube video, speculated that Oceanco chose to move the yacht in early morning hours to avoid public attention, he wrote in the YouTube video’s description section. He said the relocation started at about 1 a.m. on August 2 and the yacht departed at 3 a.m.

The vessel was towed without its masts, so it could have fit under the Koningshaven Bridge. But the ship took a route that was longer than necessary and avoided passing through the bridge and the Rotterdam city center. 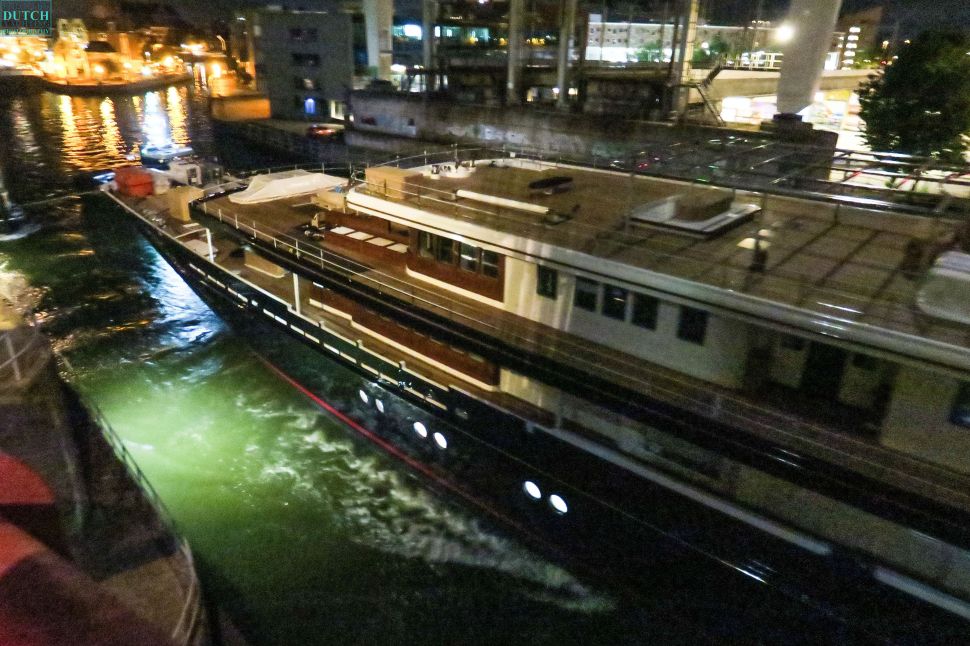