Twelve journalists at the New York Daily News have resigned in the last three months, according to the newsroom’s union, representing about 20 percent of the paper’s newsroom. In a thread published on Twitter yesterday (Aug. 18) the union, which is represented by the NewsGuild of New York, said “New York City should care” that staffers are quitting in droves.

Twelve journalists have resigned from the Daily News over the last three months. That’s about 20% if our newsroom.

Staffers are quitting in droves.

About eight or nine News employees took buyouts before Alden took over last year, according to Clayton Guse, a transit reporter for the paper who is the union’s unit chair. There are now just two staff reporters tasked with covering crime and general assignment stories throughout the city, he said, and both the metro and deputy national editors have departed. The sports department has also shrunk.

Andrew Julien, the executive editor of the Daily News, pushed back on the union’s concerns in an interview with the New York Post, saying the paper has “already filled a number of those openings and are actively recruiting for the others.” But “even if you backfilled all the open roles, we’re still left with a newsroom that struggles to cover the city,” in a way that honors the paper’s 103-year legacy, Guse argues.

Daily News reporters voted to unionize in the spring of last year and are still negotiating with management for a contract. Guse says Julien hasn’t shown up to the bargaining sessions. Julien didn’t respond to a request for comment. 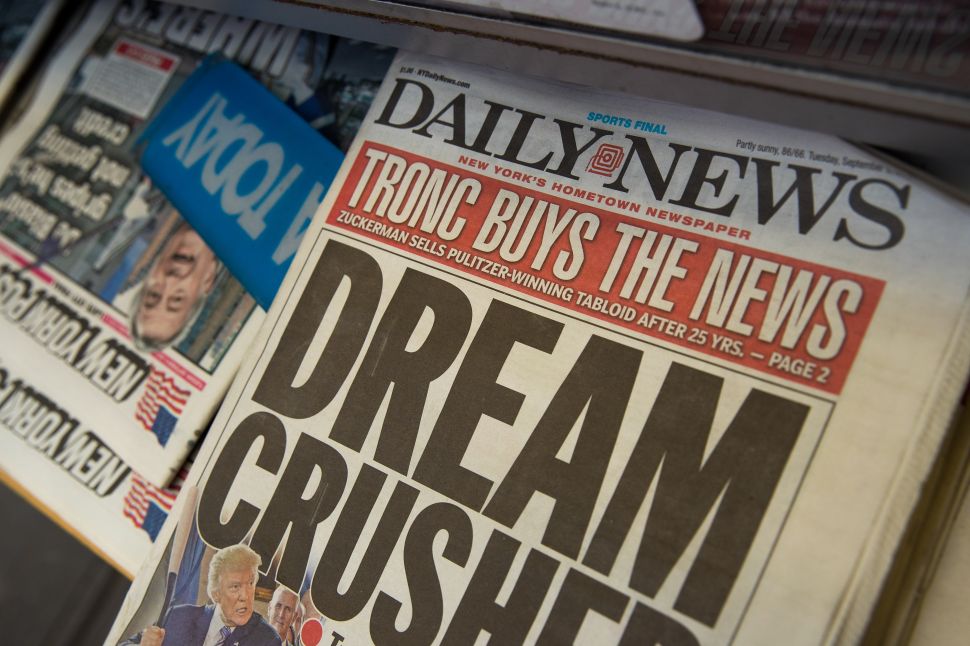