A members-only coworking space is coming to Manhattan next year. Described as a “WeWork for the .01 percent” by Bloomberg, which first reported the opening, Colette Club will be located on the 37th floor of the General Motors building on Fifth Avenue.

Restaurateur Juan Santa Cruz, who is working on the project with developer Edmond Safra, told Bloomberg he envisioned the co-working space for elite New Yorkers who need to do business in the city from time to time but no longer have a physical office space. “The world has been evolving for quite some time, and the pandemic has made it more evident that people do not use their offices as much as they think they do, or wish they did,” Cruz said.

For a $125,000 starting fee and annual dues of $36,000, Colette members will have access to 23 private offices with amenities including a seating area, videoconferencing tools, and individual temperature controls. The new club, which is expected to open in March 2023, comes as New Yorkers are rethinking their relationship to the office amid a shift to hybrid work.

Elite clubs are capitalizing on shift away from offices

Though Colette bills itself as a “first-of-its-kind” members-only club, similar Manhattan spaces are seeking to fill the void created by remote work. At least nine membership clubs have opened in Manhattan over the past three years, the Wall Street Journal reported last month, with annual fees ranging from $5,000 to $15,000 and at least one new club charging an initiation fee of $100,0000. At some of these clubs, members can socialize and network as well as meet their deadlines when they need to. The NeueHouse Madison Square for example, has a “creative workspace” featuring podcasting facilities, conference rooms, and private phone booths. At the newly opened Ned NoMad members can access a private library and workspace that transforms into a bar in the evening.

New York City’s office occupancy rate was 41 percent as of July 27, compared to a pre-pandemic average of around 95 percent, according to workplace security firm Kastle. Major tech companies including Meta and Amazon recently said they would scale back their Manhattan office expansion plans in light of the fact many corporate employees are continuing to work from home at least some of the time.

Colette, which looks to be a far cry from the coolers of yore, will offer yet another space for the region’s wealthiest residents to decamp when they get tired of the home office. 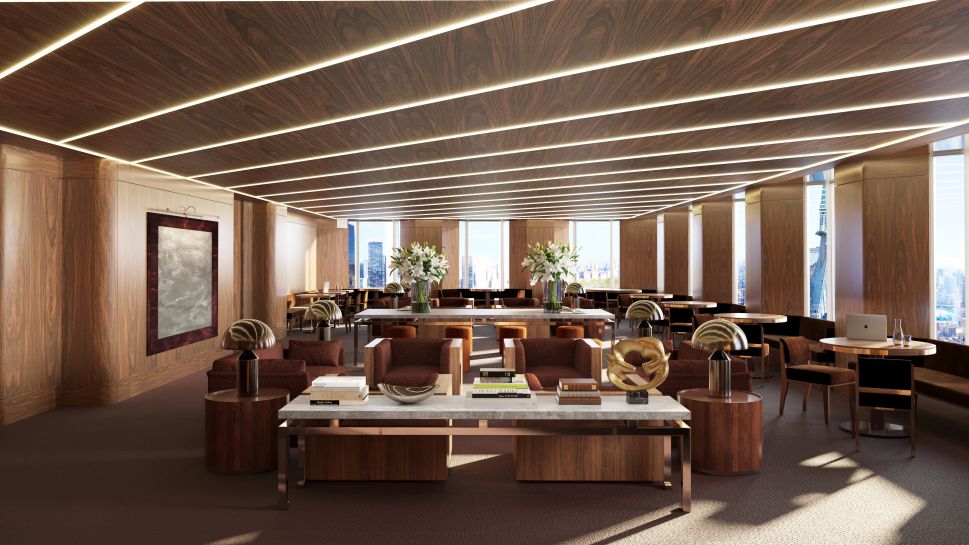