“When your father writes Oklahoma! you can pay for dinner.” That was Mary Rodgers’ stock response whenever a dining companion reached for the tab. It speaks volumes for her wit and her generosity—qualities that come over loud and clear in her posthumous memoir published recently by Farrar, Straus and Giroux, SHY: The Alarmingly Outspoken Memoirs of Mary Rodgers.

Loud and clear because, basically, the book (all 458 pages of it) is a version of the conversation that she had with Jesse Green, chief theater critic at The New York Times, off and on, for a decade—till her death in 2014 at the age of 83. “I spent hundreds of hours with her, laughing, and I wanted to duplicate that,” Green says. “I wanted to preserve her voice as much as possible because she was such a delightful talker, so honest and funny.”

Rodgers was a songwriter herself, a novelist, and a screenwriter. Once Upon a Mattress was her Broadway hit, but children of the ‘70s may remember her songs for Free to Be . . . You And Me, or her children’s book Freaky Friday which she adapted into the 1976 Jodi Foster movie. Green’s goal, he says, was for the reader “to feel as if they were sitting in that living room with me, listening to Mary.” This is easier said than done, but a successful Rodgers-Green amalgam was reached—so successful you may think it is the only way a modern-day memoir should be written: Rodgers takes the upper berth of the page, telling her life story in her unflinching, unfiltered fashion, and Green takes the lower berth, footnoting his research of her stories.

“It’s not a history, but it needed to be checked, and that took a long time,” Green explains. “As it happens, her memory was extraordinarily good, and I confirmed all of it much as she said it. The book is extremely honest. One reason she kept not being able to write it and finally asked me to help her was because she did want to maintain a tiny bit of privacy. Really, for a memoir, it’s very little. I would say it amounts to one percent of the total of her life.”

When he first crossed paths with Rodgers, in 2003, Green was a working on a profile of Mary’s son, Adam Guettel, who was then making his first indelible mark in “the family business” musicalizing Elizabeth Spencer’s 1960 novella The Light in the Piazza (which subsequently took the Tony for 2005’s Best Score). “I don’t know what I expected,” Green admits, “but it wasn’t what I got. What I got was Mary and her husband, Henry Guettel, oversharing about Adam and themselves. It was not in their nature—particularly not in Mary’s, having grown up in a repressed household.”

Richard Rodgers and his wife, Dorothy, left their marks on America in radically different ways—he through a wellspring of memorable melodies, starting with a forest of evergreens he wrote with Larry Hart and ending with landmark book musicals authored by Oscar Hammerstein II; she with a series of domestic inventions, including the Johnny Mop for toilet swabbing. The marks they left on Mary were more like psychic scars, slow to heal, if ever. Mary sums her father up in four words: “composer, womanizer, alcoholic, genius.” Her mother can be summed up by these eight words, delivered to Mary: “We love you, but we don’t like you.”

“Ultimately,” says Green, “Mary came to forgive her father—less so, her mother. When you grow up in that kind of environment and spend your childhood, adolescence and a lot of your early adulthood just trying to break out of the icy perfection of that mother and the sour criticism of that father, you tend to find outrageous ways to save yourself.” Humor as defense mechanism took hold of Mary somewhere along the way, and it proved to be her salvation.

When she was first feeling her way into “the family business,” she went to her father with a melody-in-progress, and he said, ‘No, I’d do it this way.’ It was the last time she went to him for musical advice. She didn’t want to compose music exactly like Richard Rodgers’ daughter.

Green believes she felt under the thumb of his achievements for a very long time. “Some people felt she was too self-depreciating about her own talent. She told me, No, she wasn’t too self-depreciating. She had a healthy understanding of what her father’s once-in-a-generation gift was about, and that it would be ridiculous for someone who knew music as well as she did and had grown up around it to not put herself in a different category. She did not think she was nothing, but, when you have a genius father, you have to be realistic about things or you’re going to have a dreadful time trying to work in the same field as he did.”

Thanks to George Abbott’s direction and Marshall Barer’s lyrics, she Broadway-debuted in 1959 with a resounding hit, Once Upon a Mattress, a musical retelling of Hans Christian Andersen’s The Princess and the Pea. It racked up 460 performances, bouncing to four different theaters, and made a star of Carol Burnett, who gave a full-lunged rendition of the show’s big number, “Shy.” At each change of address, Burnett and Rodgers were seen carting a mattress through a new stage door. “The most moving show on Broadway” was the caption.

Green’s second encounter with Mary Rodgers was to get a quote from her about playwright and director Arthur Laurents for a piece he was doing in New York magazine. (He’d spoken to Laurents for the Adam Guettel profile — Laurents was Adam’s godfather.) She gave him a beaut: “Call me back when he’s dead.” They had known each other for years, most of which she regretted. “As she got older,” Green says, “she had been complicit in what she always understood to be his meanness—complicit because she was afraid of being the object of that meanness, so she stood by and watched him, one at a time, destroy people around him with nastiness. It took a long time for her to realize she was strong enough to stop it, to escape from the Stockholm syndrome she’d lived with, tolerating him.”

Of course, Laurents’ tentacles reached out in his final book, The Rest of the Story, and slapped Green for using Mary’s quote. “But it’s fine, whatever,” Green shrugs. “That’s who he was. It doesn’t negate the fact he wrote the books for two incredible musicals—West Side Story and Gyspy.”

“There’s no lack of corroboration for Arthur’s awfulness,” Green points out. “Pretty much everyone who knew him and worked with him eventually had to disown him, including their great mutual friend, Stephen Sondheim.” Rodgers’ relationship with Sondheim went into a seventh decade and ran a whole gamut of conflicting, if not colliding, emotions.

“I knew they were friends, but I did not know how deep it went,” Green admits. “I was quite shocked when she told me of what was essentially their experimental one-year trial marriage. When I heard that, I asked her—and she confirmed—Sondheim, in many ways, was the love of her life, love understood to mean not necessarily sexual love but also not unromantic. She wanted to marry him, and it was mostly out of adoration of his genius. If you are obsessed with talent and you meet Stephen Sondheim when you’re 13, it’ll set the course of your life.”

Sondheim was not the only gay man Mary loved—her first husband, for handy example. “Her parents found out this might be the case and warned her about him,” Green says. “But she was not bound by traditional ways of thinking. And, besides, she did get three wonderful kids out of that marriage. In the end, she stood behind her love for gay men and, in no way, was she ashamed of it or backed away from it.  In between her two marriages, she had affairs with several gay men. She said, quite frankly, ‘Everybody should marry a gay man at least once.’” 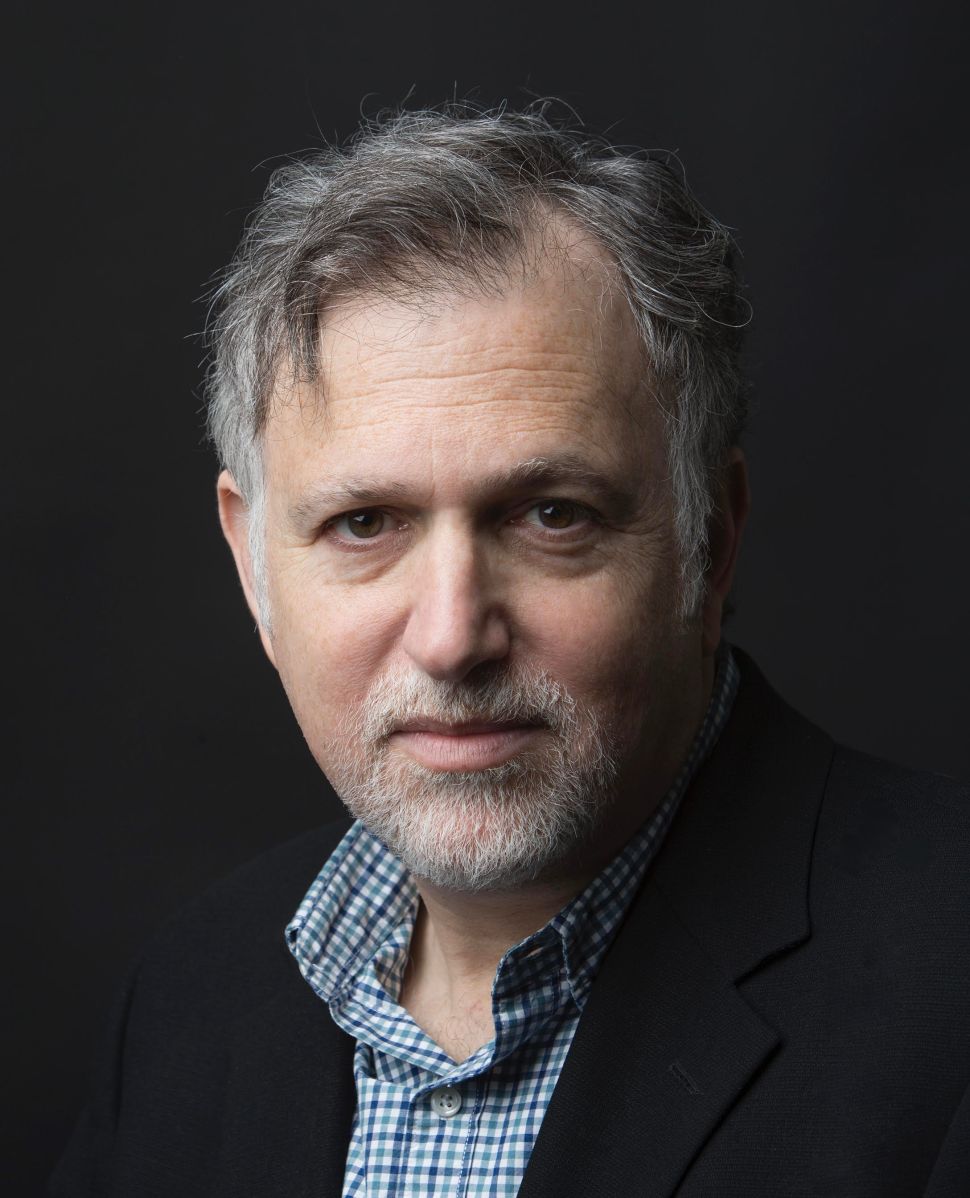