The 2021 fad of putting Bitcoin on a corporate balance sheet has truly ended. On Tuesday (August 2), MicroStrategy announced that its founder and CEO Michael Saylor is stepping down, although he will take a new position as executive chairman.

MicroStrategy is a Virginia-based provider of business software that was founded in 1989, long before the Internet revolutionized the delivery of software. But it became best known in 2020 for acting essentially as a Bitcoin holding company, a strategy that Saylor deemed vital for the company.

Saylor was not alone; in early 2021, Tesla also announced that it had acquired $1.5 billion worth of Bitcoin. Toward the end of 2021, MicroStrategy was acquiring approximately 3000 Bitcoin every month, often selling its own shares to make the purchases.

As such, many investors began to look at MicroStrategy stock as a kind of Bitcoin proxy. In February 2021, MicroStrategy shares traded at over $1000. But when the price of Bitcoin began to fall toward the end of 2021, the company suffered for its purchases. In its quarterly earnings announced Tuesday (August 2), the company said it had lost $918.1 million, with nearly all of that loss attributable to its Bitcoin holdings.

Phong Le, currently MicroStrategy’s president, will take over the CEO role. “As Executive Chairman I will be able to focus more on our bitcoin acquisition strategy and related bitcoin advocacy initiatives, while Phong will be empowered as CEO to manage overall corporate operations,” Saylor said in a statement.

MicroStrategy currently holds 129,699 Bitcoins. In a research note issued on Wednesday (August 3), Mark Palmer and Andrew Harte of BTIG said that the executive transition “will have no meaningful impact on [MicroStrategy’s] overall strategy or the manner in which it is executed.” They continue to put a price target of $950 on MicroStrategy stock; it currently trades at about $322 a share. However, they note that their valuation depends on the value of Bitcoin going to $90,000 by the end of next year—four times its current value. 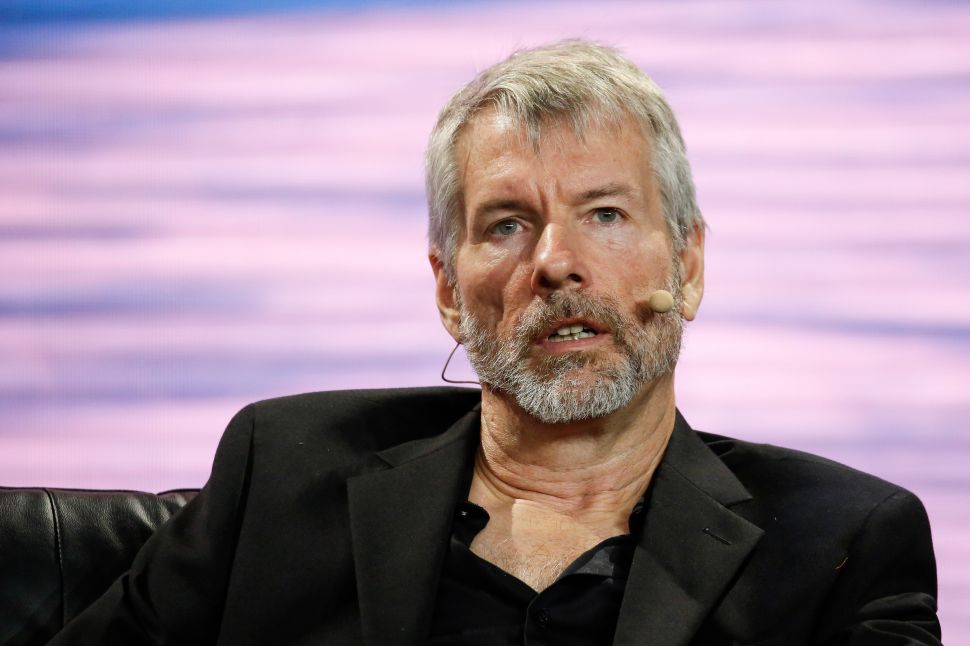