A valuable source for prosecutors who pursue art traffickers in New York has suddenly turned suspect.

For the past few years, Lebanese art collector Georges Lotfi provided information regarding looted artwork to the Antiquities Trafficking Unit (ATU) of New York’s District Attorney Office. However, Lotfi has now been brought to the forefront of an ATU investigation himself, with an arrest warrant charging him for criminal possession of stolen property.

“Over the years, [Lotfi] has provided me with detailed information about looting practices globally,” wrote Robert Mancene, a Homeland Security agent involved with the investigation, in an affidavit filed to secure the arrest warrant. He claims Lotfi even provided him with a hand-drawn diagram explaining how international traffickers smuggle antiquities.

Lotfi has also known ATU head Matthew Bogdanos for the better part of a decade, often serving “as a valuable source of information on numerous antiquities investigations,” according to the affidavit. He notably provided the ATU with important information in 2018 regarding the illicit origins of an antique Egyptian coffin displayed in the Metropolitan Museum of Art, which has since been repatriated to Egypt.

According to the affidavit, Lotfi, 81, sold antiquities to major museums for decades and keeps hundreds of antiquities in residences and storage units across Manhattan, New Jersey, Paris, Lebanon and Dubai.

In 2017, Lotfi began asking for Mancene, Bogdanos and other ATU members to investigate his works, requesting the unit clear the antiquities for future museum sales or donations. He signed a consent search form and handed over the key to his New Jersey storage locker.

“In his mind, any investigation by the ATU that did not result in the seizure of the antiquities would permit him to sell or donate (for tax benefits) these otherwise unsalable items,” wrote Mancene.

The ATU inspected two of Lotfi’s storage units in 2021 and instead of giving his works a clean bill of health, they seized 24 antiquities. Valued at over $6 million, they include a limestone sculpture from the ancient city of Palmyra and Roman-era mosaics from Syria and Lebanon.

According to the affidavit, none of the seized antiquities had verifiable provenance. Some of the pieces were covered in dirt or broken into pieces when Lotfi initially acquired them, another sign of having been trafficked.

“Based on my conversations with [Lotfi] over the last several years, I believe [Lotfi] thought he had laundered the antiquities so well and had created such good (albeit false) provenance that he did not think the ATU would be able to determine their true origin,” wrote Mancene. “Furthermore, I believe the Defendant thought he could use his relationship with me and with ADA Bogdanos to try and convince us that his false provenance was accurate and truthful.”

The Observer was unable to reach Lotfi for comment. However, the art dealer denied the allegations to The Art Newspaper, stating the affidavit “altered or misinterpreted some situations and statements” and that he’d “made the mistake of developing a friendship with Bogdanos.”

According to the affidavit, one of the pieces Lotfi sold to museums was an ancient Egyptian statue purchased by the Met in 2006, which an informant identified as looted. The ATU was granted a search warrant for the piece in February and plans to repatriate the statue to Egypt.

Lotfi is involved with another piece currently on display at the Met, an ancient mosaic referred to as the Ktisis Mosaic, which he purchased in Lebanon in the 1960s. While the Met’s website doesn’t list Lotfi under the work’s provenance, the affidavit revealed a 1997 Met curatorial memo indicating Lotfi was the mosaic’s original owner before selling the piece to antiquity collector George Ortiz.

The interdepartmental memo also discusses how Lotfi appeared to have broken the mosaic into separate pieces and knew where the mosaic was originally found. “Such detailed knowledge about an antiquity’s find spot can only be possessed by excavators operating as part of a scientific excavation—which Lotfi, Ortiz, and the looters certainly were not—or by the looters themselves,” wrote Mancene in the affidavit.

The Met did not respond to requests for comment. 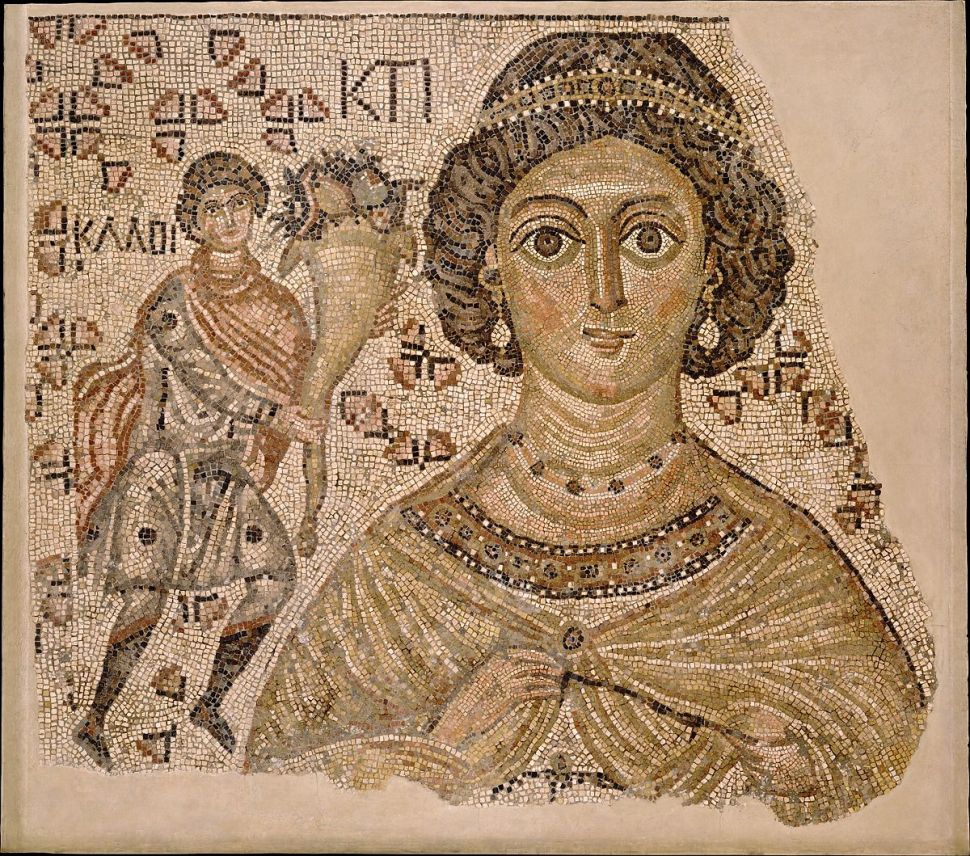