Despite being labeled one of New York’s non-fungible token (NFT) experts, Noah Davis is still navigating the market’s unpredictability. “I can barely tell you what’s going to be hot in the next three weeks, let alone three months,” he told the Observer.

Davis helped kickstart the NFT boom in the art world, working as Christie’s NFT expert and spearheading the March 2021 sale of Beeple’s Everydays: The First 5000 Days, which sold for $69 million.

In June, he left his position at the auction house to work with Yuga Labs, the company which recently acquired NFT collection CryptoPunks. The 10,000 unique digital characters, which Davis described as “the cave paintings of the Web3 era,” were created in 2017 and are recognized as one of the first projects to help usher in the NFT craze.

Starting Aug. 15, CryptoPunks NFT holders will be given the commercial rights to their NFTs to use them in personal and commercial projects. The first instance of this was seen in early August, when a CryptoPunk holder collaborated with Tiffany’s to create ‘NFTiffs,’ allowing CryptoPunks holders to purchase a Tiffany pendant based off their NFT.

Davis, 33, was born and raised in Los Angeles. Before joining Christie’s, he earned an English degree with a focus on absurdist post-war French theater at New York University and worked in the publications department at New York’s Gagosian Gallery.

The success of the Beeple sale was a complete accident, said Davis. He vividly remembers when the idea for the auction first came about, because of the memorable date: January 6, the day of the U.S. Capitol insurrection.

“My brilliant colleague Megan Doyle shouted across the aisle ‘Hey, would you put an NFT in your sale?'” said Davis. “I said yes, but I barely knew what an NFT was. The way that I got buy-in from Christie’s was to frame this as our opportunity to play around with cryptocurrency for the first time. Nobody expected that it was going to be a $69 million sale.”

“I was totally shocked and a bit terrified,” he said. “I knew that my career had just taken a sharp, sharp turn. Immediately the pressure was on. There’s an old adage in the auction world, ‘you’re only as good as your last sale.'”

After a year of helping the auction house embrace the NFT market, Davis decided to leave his position as head of digital sales at Christie’s to work on the CryptoPunks collection.

“I think that we did a lot to drive the narrative forward and keep NFTs at the forefront of pop culture. But there’s only so much you can do from within a legacy organization like Christie’s, and I felt I had kind of reached my limit,” he said.

While Davis believes Christie’s must incorporate NFT sales on blockchains in order to move forward, he has high hopes for the auction house.

“I think that Christie’s is definitely building something durable, and they’re adapting to this new paradigm about as impressively as a 300-year old organization can. Sotheby’s rolled out what they branded a metaverse—it’s not a metaverse. At Christie’s, they were taking a much more methodical and deliberate approach to everything.”

The future of CryptoPunks

When leaving Christie’s, Davis put out a tweet reassuring CryptoPunks holders of his plans for the collection, which included “no Punks on lunchboxes or cringe TV shows/shitty movies.”

Some might question if the plan to give commercial rights to Punk holders will in fact lead to a Punk on a lunchbox. However, Davis said his sentiment stands despite the new offering.

“Yuga Labs isn’t going to do any of those things, is what I meant to say,” he said of the tweet. “Maybe a Punk will make a shitty movie, but it’s not going to be Yuga Labs. If a Punk wants to make a lunchbox with their punk on it, by all means. Anything goes.”

On the sustainability of the NFT market

Despite a tumultuous downturn in the NFT world, Davis remains optimistic. “This is not going to surprise you at all, but I’m super bullish on the future of NFTs. And the reason for that is because I think we are still early, as cringe as that is to say.”

He believes the market is still waiting for the rest of the world to catch up, especially those who don’t comprehend the value of NFTs as something that can be utilized for ticketing, voting and even passports.

“If we’re going to be living more fully in a virtual world, providing ownership of virtual goods is going to be that much more important and integral to your daily life. I see no trajectory here where NFTs become less important.”

At the end of the day, however, Davis is no more confident on his role in the NFT world than he was on January 6, living by the mantra “all I know is nothing.”

“That’s a meditative, comforting truism for me,” Davis said. “I think all people should embrace that a bit more. To approach this space with the humility that you don’t know anything, and accept and embrace that, can be a superpower.” 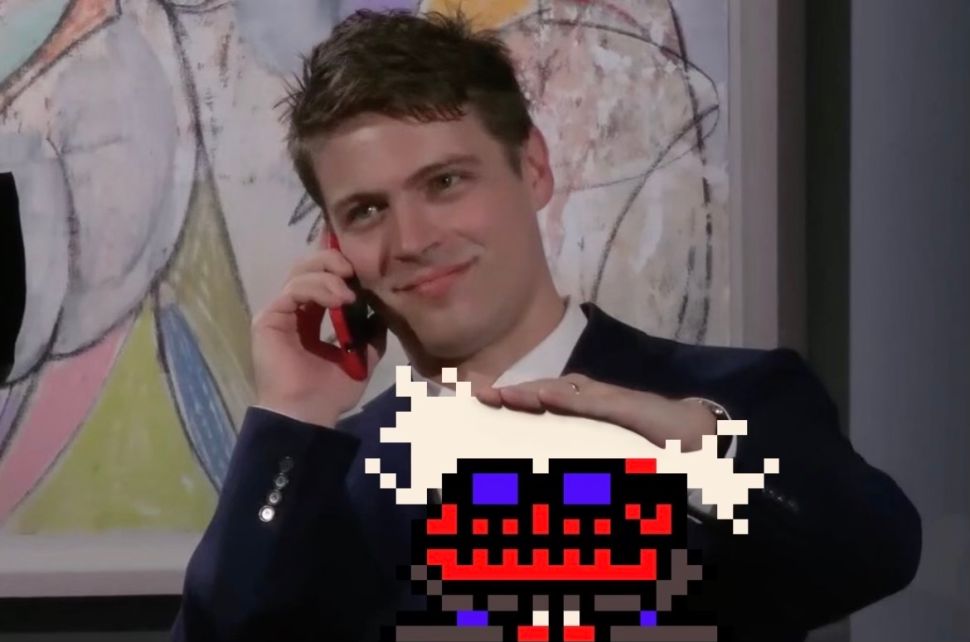