In “Safe Harbor”, the seventh story in Morgan Talty’s Night of the Living Rez, David, the main narrator of the short story collection, watches in a mixture of quiet horror and concern as his mother has a seizure.

“My mom suffered from depression her whole life, and would go to crisis stabilization units to get better,” Talty, a 31-year-old writer based in Maine, shared to the Observer, describing the real-world event that inspired the story. “I would go and visit her, and she was always asking for cigarettes, so I’d bring her cigarettes. And when I was there this one time, she had a seizure and it was the most terrifying thing I’ve ever seen. And when I went home that day, I wrote everything from the beginning to when she had the seizure. It wasn’t until later that I was like, okay, how do I make this into a piece of fiction?”

Night of the Living Rez is Talty’s debut of fiction, following the lives of people in the Penobscot nation, a federally-recognized tribe of more than 2000 members in Maine, and whose traditional land stretches to Quebec and eastern Canada. The short stories in the collection are filtered through David’s perspective, from when he is a boy playing with action-figures to a young man living in the nearby city off the rez with his white girlfriend in an apartment. David is a patient, mellow character, saying a lot by subtly saying very little at all in the first-person stories, and who adopts a fly-on-the-wall utility as he bears witness to the trauma, tragedy, laughter and everyday happenstances in his community.

Talty initially started writing what would become Night of the Living Rez when he was 25, working on standalone nonfiction stories channeling his own life and experiences, particularly his relationships with his friends and family. “Eventually, I got to this point where I was like, ‘Oh, it would be cool if this could happen’,” Talty said. “And then I started to move into fiction and fell in love with it.”

Talty’s stories push the boundaries of what’s real and not real, relenting to the spontaneity and imagination inherent to fiction, while still drawing on the realism of families, identity, and the constant, abiding presence and commitment to the community to which his Penobscot characters belong, a lifelong community that spans childhood to adulthood for its members, and which encompasses different generations, capturing the essence and permanence of what it means to belong to a collective, but not necessarily at the expense of the individual self. The community is not perfect, but they are united because, as Talty says: “All they have is each other.”

“I don’t think I would be where I am today without people being selfless,” Talty said, crediting his own community for paving the way to his growth as a person, and success as a writer. “I also don’t think others in my life would be [where they are] without my never abandoning them. I just feel like we can’t give up on each other, because the moment we do that is the moment we stop being human. This book talks about how to love people better, how to care for them better, and how to deal with difficult people and not give up on them.”

Talty’s characters hurt and help each other in equal measure, sometimes both, whether it is David’s mother’s boyfriend Frick curing the house they inhabit from restless, ghostly spirits but making David and his older sister uncomfortable after he moves in, or David cutting his friend Fellis’ long hair out of frozen ice after failing to buy a gram of weed.

Perhaps the most contentious relationship in the book is between Mom and Paige, David’s mother whom he loves and his older sister whom he also loves, who David likens to his “mother’s sister” rather than her child, and who periodically erupt into violent arguments, Paige tearfully telling Mom, “He’s going to grow up to hate you too,” or Mom harshly blaming Paige for anything her daughter does which she perceives as slightly wrong.

“They have a super complicated relationship,” Talty said. “You read a book about a family and you get the typical dynamics of the mother, the father, the children, and how those relationships work. And I was like, what if one of the children’s relationship is completely different than the other’s?”

The honesty in the ways relationships are drawn in Night of the Living Rez—not just among family, but friends and love interests as well—is what animates the book with the movement and feelings of its characters, reflecting the complexity, irony and humor of what it means to love and be loved, and how love itself is often an imperfect thing, even in its purest forms.

In the fifth story in the collection, “In a Field of Stray Caterpillars,” David is dating Tabitha, a girl who is not Native, enjoying the prototypical millennial relationship with someone he really likes: “[W]e would stay up late and watch Netflix, eat junk, lie in bed and share cigarettes and read AskReddit threads on her laptop.” But after he takes her to an event on the reservation, where one of his mother’s friends audibly says he should find a “nice Native girl,” David and Tabitha split, “[n]ot physically, but mentally.” Towards the end of the story, the phone keeps ringing off the hook, David pretends he’s in the bathroom, and Fellis, David’s best friend, writes a pointed note and leaves it on the kitchen table for his bro: Call Tabittha.

The scene is funny, heartwarming and sad all at the same time. “For me, it was just so important to not rely solely on the tragedy that happens to these characters, but try to find the joy and the humor that comes after it,” Talty said. “It forces the characters to come together in ways that are compassionate and healing for the reader.”

Humor and laughing at the absurd moments that pop up in life form a thread in the stories, tying them together vis-à-vis the characters. In the first story, “Burn,” Fellis asks for a cigarette as his hair remains frozen in ice. David laughs in response, and then jokes, “I never thought I’d scalp a fellow tribal member,” after cutting his friend’s hair with a pocket-knife. In the title story, David is on an interstate bus when he realizes the brown-haired girl sitting beside him has a gun; it is a gun, with an “orange frame and blue handle and a barrel with six holes of .”

“Humor is everything. I feel like I’ve heard it said before that if you can make somebody laugh, you can bring them from the darkest depths of wherever,” Talty said. “And I think that’s true. I think that if people are laughing, it’s easier for them to follow you into those places that can be painful. Because laughter is that medicine against pain, and [a part of] just growing up.”

Humor is indeed a salve against the tragedy and pain David and the other characters confront in their lives. Talty utilizes a deadpan, self-deprecating irony that pokes fun at the issues that appear in the book, ranging from addiction, abuse, and the racism and isolation faced by indigenous people, who are living in the generational aftermath of genocide.

For Talty, humor was a way he personally dealt with the crises he witnessed in his community, growing up. “It was always humor that at the end of the day brought us back together. It was laughing at the bad stuff, and [being like], ‘Yeah, this happened.’ How do we find humor in it? How do we find humor to combat it?” he said. “And it just seems like a very necessary thing. If we can’t laugh then everything is just like pure pain and it’s like the story, and the emotions, rely solely on the terrible stuff, instead of also the good things and funny things.”

Representing one’s community is always a tricky task, and Talty rejects the idea altogether: “This is just a sliver, a sliver of a sliver of this culture,” he said. “I did not want to make a definitive book, because if a writer monopolizes on that, then there’s no room for any other perspectives. It silences, it’s dehumanizing, it’s happened before in indigenous fiction, and we need as many diverse voices as possible in these same communities.”

The mainstream publishing world tends to pick a spokesperson from a marginalized community, who then shoulders the burden of representation, often performing in front of a white-majority audience, which fails to listen to other voices from the same demographic and/or community. Sherman Alexie, the novelist and short-story master from the Spokane nation, was the darling of the publishing world for decades, his books accessible on the shelves of any Barnes and Noble bookstore, before his mantle was shattered by sexual harassment allegations in the wake of the #MeToo movement.

Talty makes it clear he doesn’t want to be a spokesperson. “It’s damaging in a lot of ways,” he said. “There are over 570 federally-recognized tribes, there are more that are state-recognized, and there are even more that are unrecognized. I want other Penobscot artists to come out with a story collection or a book that is unique to their experiences, but also representative of the culture. [For them] to create a broader, deeper understanding of what it actually means to be Penobscot, if we can figure out what that is.” 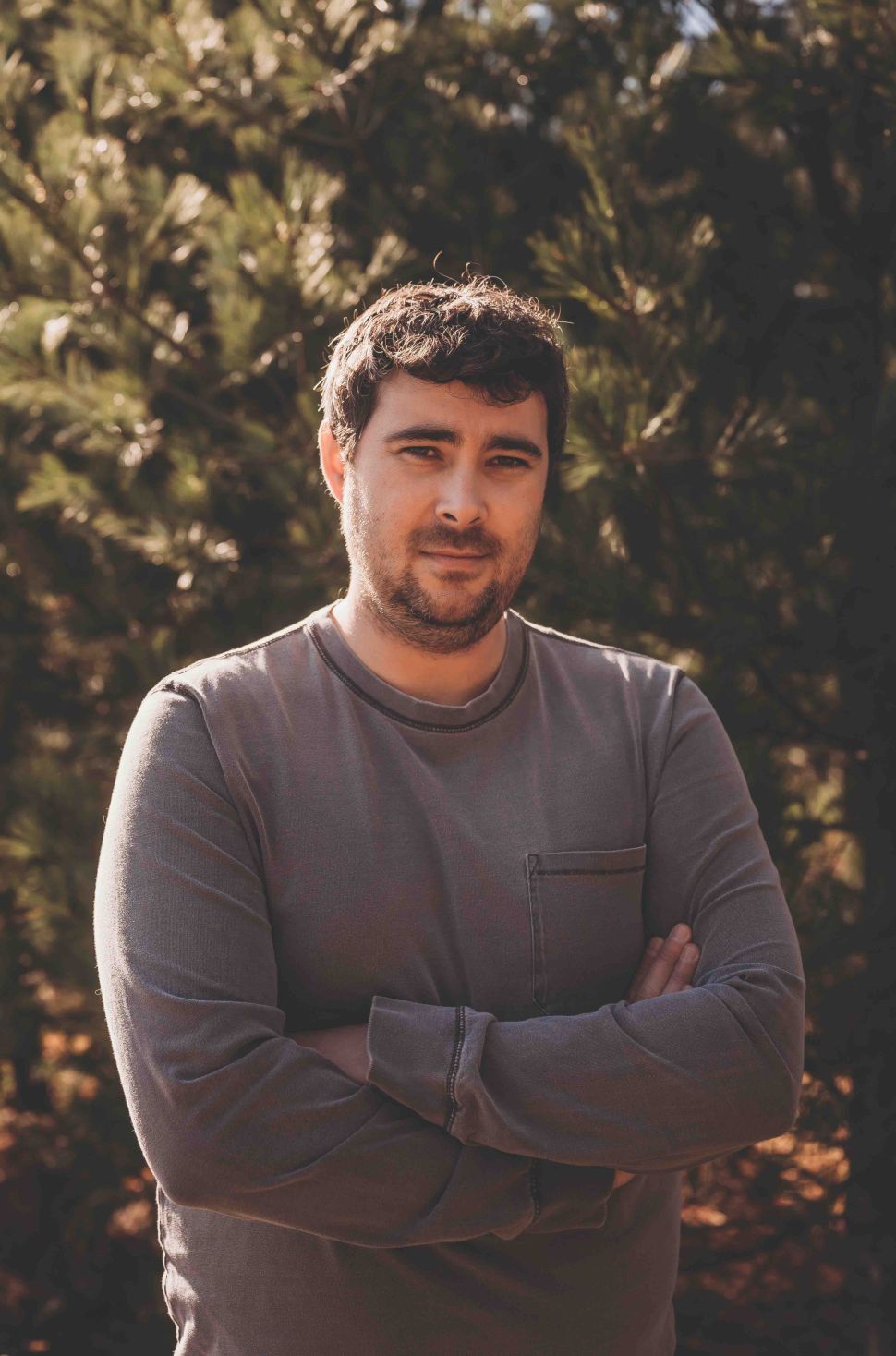