Nikola, an electric truck startup, said Aug. 10 its CEO Mark Russell will retire next year and be replaced by Michael Lohscheller, currently head of Nikola’s commercial truck business. The C-suite shakeup marks the third time Nikola has named a new CEO in two years as the company works to move past a scandalous founder and ramp up production of its electric commercial truck.

Lohscheller joined Nikola only in February from Opel, a German automaker owned by Stellantis, where he served as CEO for nine years. Before that, he had held senior executive roles at Mitsubishi’s Europe division and Volkswagen of America. In a statement, Nikola chairman Steven Girsky said in his six months since joining the company Lohscheller has brought “an increased sense of urgency” and “accelerated decision-making.” His promotion to CEO “represents the completion of a thoughtful succession planning process by the board of directors,” Girsky said.

The market for electric trucks is crowded with players such as Rivian, Lordstown, Ford, and Tesla. All these companies are in an arms race to be the first to deliver a mass-production electric truck and gain the first-mover advantage in this space. Nikola is one of the early market entrants promising to build electric trucks powered by hydrogen fuel cells, a clean alternative to lithium-ion batteries. But development setbacks have led the company to focus on building a battery-powered truck first.

Lohscheller will be the first chief executive to lead Nikola with extensive experience in the automobile industry. His predecessor, Russell, joined the company in February 2019 from a metal manufacturing background. He was appointed as CEO in September 2020, just three months after Nikola went public, to replace the company’s founder Trevor Milton, who resigned amid allegations of defrauding investors and sexual harassment.

Russell was credited with leading Nikola through its early, rocky months as a public company and kickstarting the series production of Tre, the company’s first battery-powered electric semi-truck. However, progress to ramp up production is slow and investors are skeptical about its future.

“Nikola has had its fair share of challenges and its outgoing CEO has done a terrific job of dragging the company clear of previous scandal and to the precipice of real volume,” said Danni Hewson, an analyst with A.J. Bell, a U.K.-based investment management firm. “But with volume comes new challenges, the kind of challenges a veteran of the auto sector like Michael Lohscheller will be more than equipped to deal with.”

Nikola, named after Serbian inventor Nikola Tesla, was founded in 2014 by Milton, a then 32-year-old entrepreneur from Utah, with a goal to commercialize hydrogen fuel cell vehicles. However, shortly after the company went public in June 2020, Milton was found to have overstated the progress of Nikola’s fuel cell technology to investors, which resulted in his departure. Allegations that he sexually assaulted two women in the 1990s followed in September 2020. Milton denied the accusations.

Under the leadership of Milton’s replacement, Russell, Nikola shifted focus to build a battery-powered truck, the Tre.

In the three months ended June 30, Nikola built 50 Tre trucks and delivered 48 to dealers, slightly missing its own delivery target of 50 to 60 trucks. The company said it plans to increase production in the second half of the year and is on track to meet its 2022 goal to deliver between 300 and 500 Tre trucks. Nikola also plans to complete testing of its next-generation electric truck powered by hydrogen fuel cells.

Analyst reactions to Nikola leadership change are mixed. Nikola stock jumped more than 5 percent on the morning of August 10 following the announcement but fell in afternoon trading hours.

“This is a game of musical chairs with Nikola and was a disappointment to see Russell leave at this critical juncture,” said Dan Ives, an analyst with Wedbush Securities. “The new CEO has significant opportunity but a change in leadership is not what the Street wanted to see with the company finally turning the corner.”

Russell, 59, will remain as a board member after retirement. Nikola didn’t immediately respond to an inquiry about his exit package. 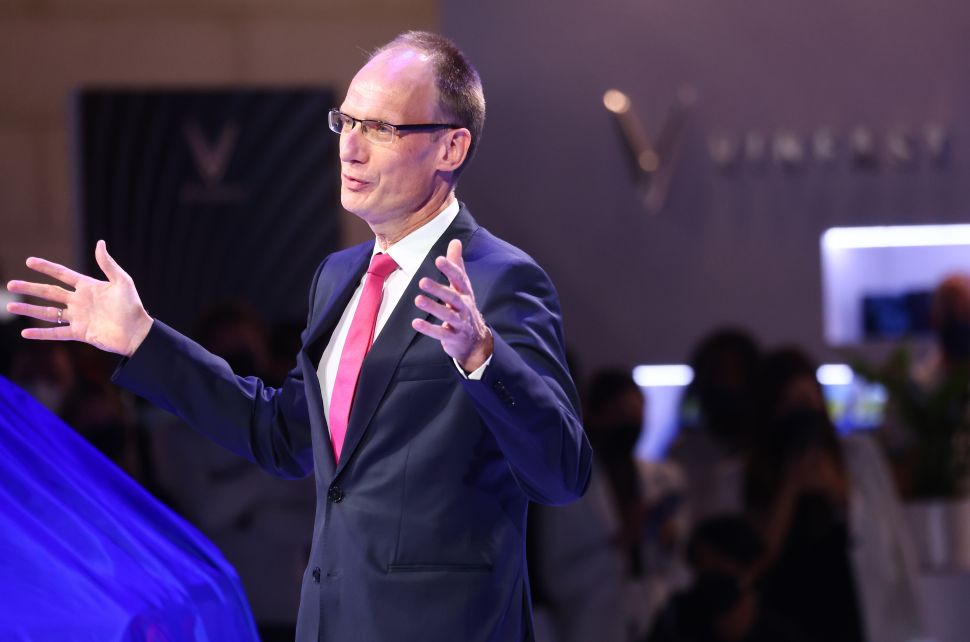