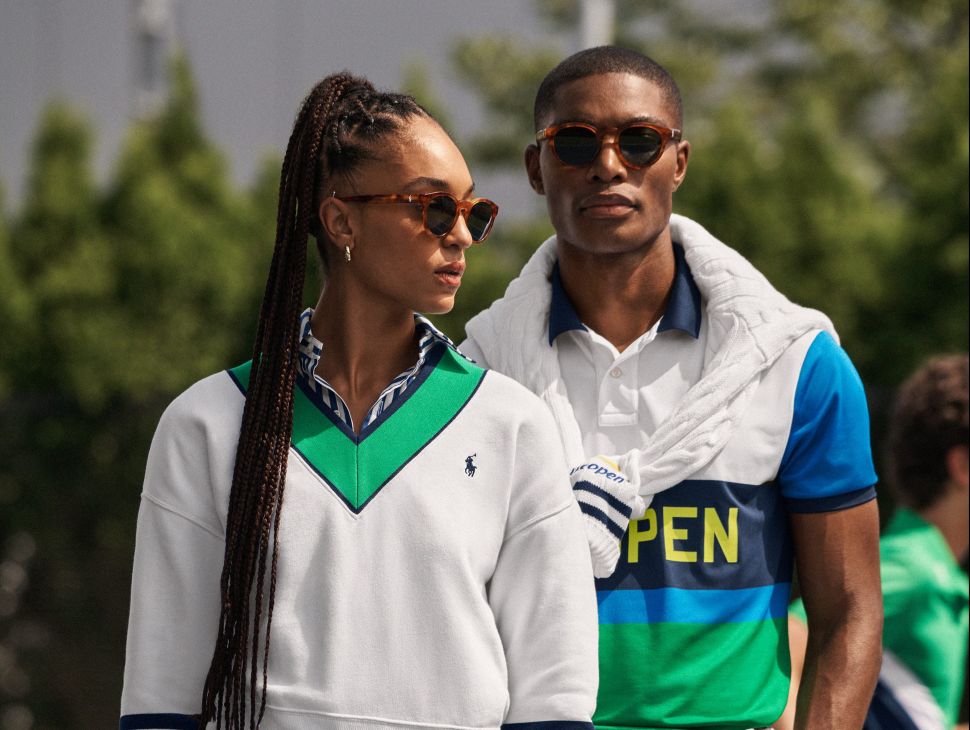 The 2022 U.S. Open is set to begin August 29, but Ralph Lauren already has you covered when it comes to dressing the part. The brand, which has been the official outfitter of the U.S. Open since 2005, just unveiled its 2022 U.S. Open campaign, including a peek at this year’s ball crew and courtside official uniforms and the limited edition tennis-inspired collection. The campaign was photographed at the USTA Billie Jean King National Tennis Center, and features five of the official U.S. Open Ball Crew members alongside Ralph Lauren models.

Ralph Lauren, which is known for its preppy, all-American style, supplies all the uniforms for on-court officials as well as the ballpersons, and for its 17th year as the official outfitter, went for a fun, bold and colorful twist on the classic Ralph Lauren aesthetic. The 2022 U.S. Open ball crew member polo is inspired by the abstract lines of the tennis court, and features a geometric design in bright green, yellow and navy, with the iconic RL horse logo intact, of course, as well as a tennis skirt and shorts in navy, with white accents. The umpire uniform is a touch more subdued; it’s comprised of a navy polo, a white cableknit v-neck sweater, a navy visor and cap, as well as ankle socks, all with jaunty navy and orange stripes.

This year’s uniforms also follow in the sustainable strategy that Ralph Lauren launched in 2019, as the shirt is once again made out of a yarn that’s created using recycled plastic bottles. In addition, Ralph Lauren and Wilson are continuing their recycling program; they’ll be collecting all the plastic tennis ball cans that are used during the tournament and using them for future fashion production.

Aside from the official uniforms, there’s also the limited edition capsule collection, comprised of over 90 pieces of men’s, women’s and children’s tennis-inspired apparel and accessories to embrace your inner Grand Slam champion. Tennis fashion is more popular than ever, and along with t-shirts and jackets emblazoned with the U.S. Open logos and graphics, there are also more subdued pieces, including an adorable striped sweater, a varsity jacket, tennis dress and white tennis skirt. To finish off your ensemble, there are accessories ranging from a bucket hat and backpack to a tote bag and visor, and to mark Ralph Lauren’s first year as the official sunglass sponsor of the U.S. Open, they created two new frames. 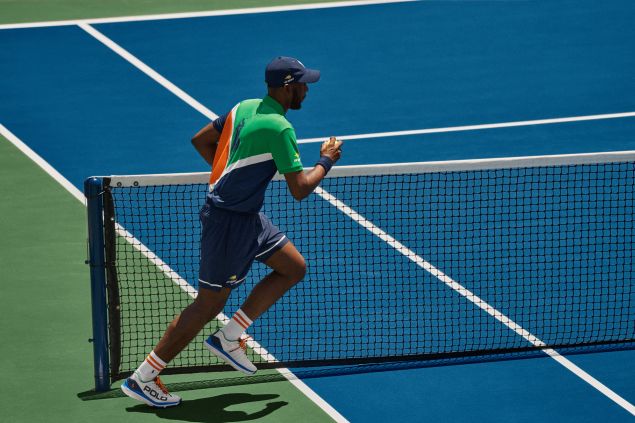 The entire collection, which ranges in price from $16 to $248, is now available to shop at Polo Ralph Lauren and online, as well as at the U.S. Open throughout the sporting event, where they’ll be offering new customizable graphics for a personalized experience. Below, take a peek at a few of our favorite items from 2022 U.S. Open collection, so you can look the part on and off the court.