Serena Williams plans to move on from tennis, likely after the U.S. Open, she told Vogue in an interview published today (August 9). But don’t call it a retirement, she said.

“I have never liked the word retirement,” said Williams, who will turn 41 this month. “Maybe the best word to describe what I’m up to is evolution. I’m here to tell you that I’m evolving away from tennis, toward other things that are important to me.”

The tennis star, who has more Grand Slam titles than any other woman currently in the sport, has been open about the challenges of balancing motherhood with her career. Williams told Vogue she would not be quitting the sport if it weren’t for the demands of being a mother.

Williams nearly died after giving birth to her daughter, Olympia, in 2018. In an op-ed for CNN the tennis player recounted suffering from a pulmonary embolism that led to “a slew of health complications that I am lucky to have survived.” She noted that many Black women in the U.S. are not so lucky, as they’re nearly three times as likely as white women to die from childbirth.

In the years since having Olympia with her partner, Reddit co-founder Alexis Ohanian, Williams has experienced a number of tough public losses on the court. She had to withdraw from her first set at Wimbledon in 2021 due to an injury, and lost her first match in a year when she returned to the tournament this June.

Williams is well past the prime age for professional athletes, most of whom retire before 30. Last year the average age of players ranked in the top 10 by the Women’s Tennis Association was around 25, and many players—such as 25-year-old Ash Barty—retire well before they hit Williams’s age. But Williams maintains her situation would be different if she were a male athlete like football player Tom Brady, who won a Super Bowl title at age 43.

“Believe me, I never wanted to have to choose between tennis and a family,” Williams told Vogue. “I don’t think it’s fair. If I were a guy, I wouldn’t be writing this because I’d be out there playing and winning while my wife was doing the physical labor of expanding our family.”

Though Williams is one of the highest-paid female athletes in the world, her experience speaks to broader challenges women face in the labor market when they have a family. While women make up nearly half of the U.S. labor force in the U.S., their earnings and work opportunities take a hit when they have kids, whereas men’s grow, a well-documented phenomenon known as the “motherhood penalty.”

When Williams steps back from tennis, likely after the U.S. open later this month, she plans to devote more time to her venture capital fund, Serena Ventures, as well as growing her family.

She told Vogue she would love to stick around to try and beat retired Australian player Margaret Court’s all-time record of 24 Grand Slam titles. “The way I see it, I should have had 30-plus grand slams,” Williams said. “But these days, if I have to choose between building my tennis resume and building my family, I choose the latter.” 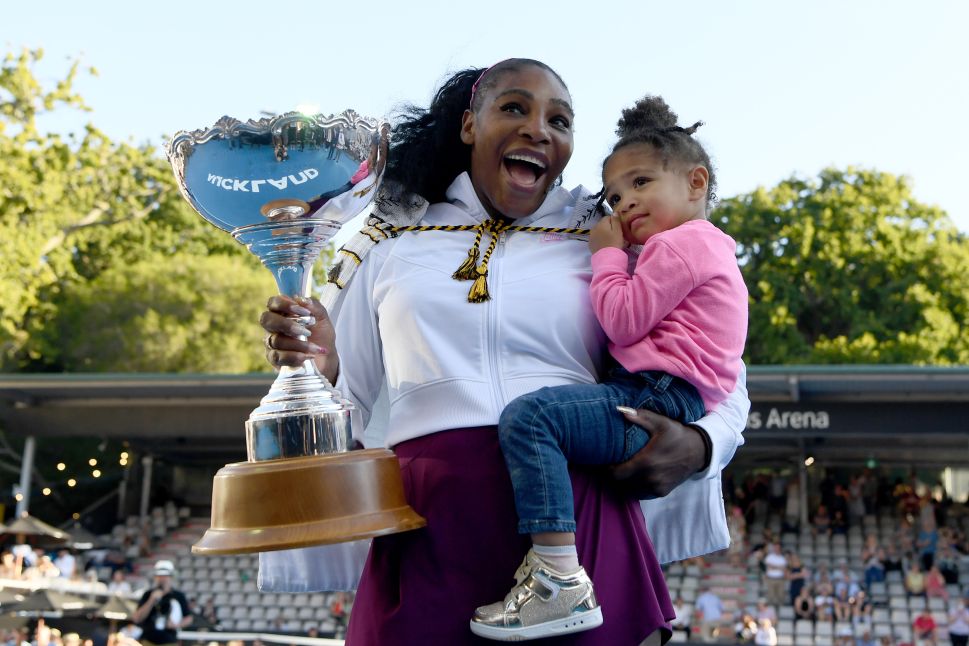