Shake Shack sales fell short of analysts’ expectations during the quarter that ended in June. In an earnings call today (August 4) the burger chain said its revenue was $230.75 million last quarter, down from an expected $238.54 million. Shake Shack shares were down six percent as of 4pm ET.

CEO Randy Garutti cited a customer pullback in June and a “muted return to office trend” as reasons the company underperformed. “While we remain aggressive in our push towards full urban recovery in the long term, we’re cautious as we navigate an uncertain macro environment ahead,” he said.

Whereas sales at urban Shake Shacks rose by 54 percent from the previous year during the same quarter in 2021 thanks in part to Covid recovery, they were only up by 19 percent year-over-year this quarter. Urban stores make up the bulk of Shake Shack’s sales.

“We believe our recovery would have been much stronger if not for mobility—namely return to office, urban transit and urban tourism—leveling out and in some instances reversing,” said chief financial officer Katherine Fogerty.

New Yorkers have been slow to return to the office, and as of July 27 the city’s office occupancy rate was only 41 percent, trailing behind Dallas, Chicago, and Washington D.C. Fogerty noted weekday, lunch, and dinner traffic in Midtown Manhattan is still more than 40 percent below 2019 levels, on average.

Still, New York City—where Shake Shack first started—continues to drive more growth than any other urban area. Sales at Manhattan stores rose by 37 percent last quarter from 2021. Garutti said the chain has no intentions of abandoning its urban centers, and plans to build more next year. 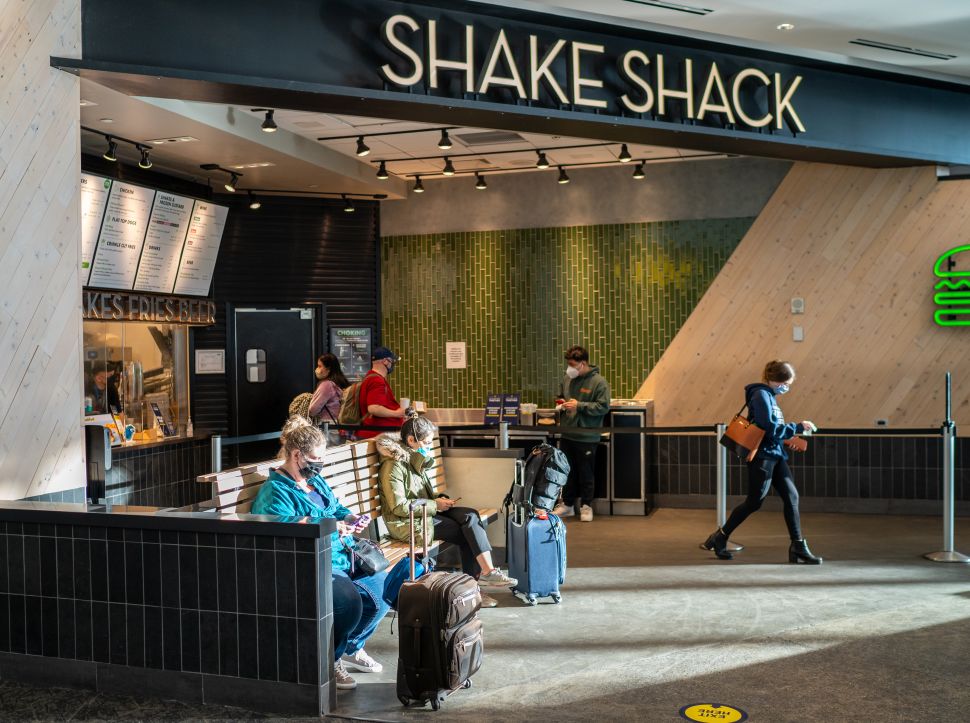