A Michael Jordan jersey worn by the basketball player during the 1998 NBA Finals and his last year with the Chicago Bulls will be auctioned off by Sotheby’s.

In May, Sotheby’s auctioned off soccer player Diego Maradona’s 1986 world cup shirt for $9.3 million, making it the most valuable jersey ever sold. The auction house estimates Jordan’s jersey will sell for $3 million to $5 million, the highest auction estimate for any Jordan memorabilia to date.

The red “away” shirt will be on public display in Monterey, California and New York before bidding opens on September 6.

The jersey was worn during Jordan’s 1997-1998 Chicago Bulls season, which was covered in a 2020 documentary called The Last Dance that aired on ESPN and Netflix. This will mark the first time the shirt has appeared on public view since Jordan wore the jersey and the second time a Finals jerseys from Jordan’s championships has appeared at auction, according to the press release.

“Final jerseys from Jordan are remarkably scant, and the 1997-1998 Finals are arguably the most coveted of them all,” wrote Brahm Wachter, Sotheby’s streetwear and modern collectables head, in a statement.

Most of Jordan’s finals jerseys remain in private collections, with one exhibited in the Smithsonian’s National Museum of African American History and Culture. 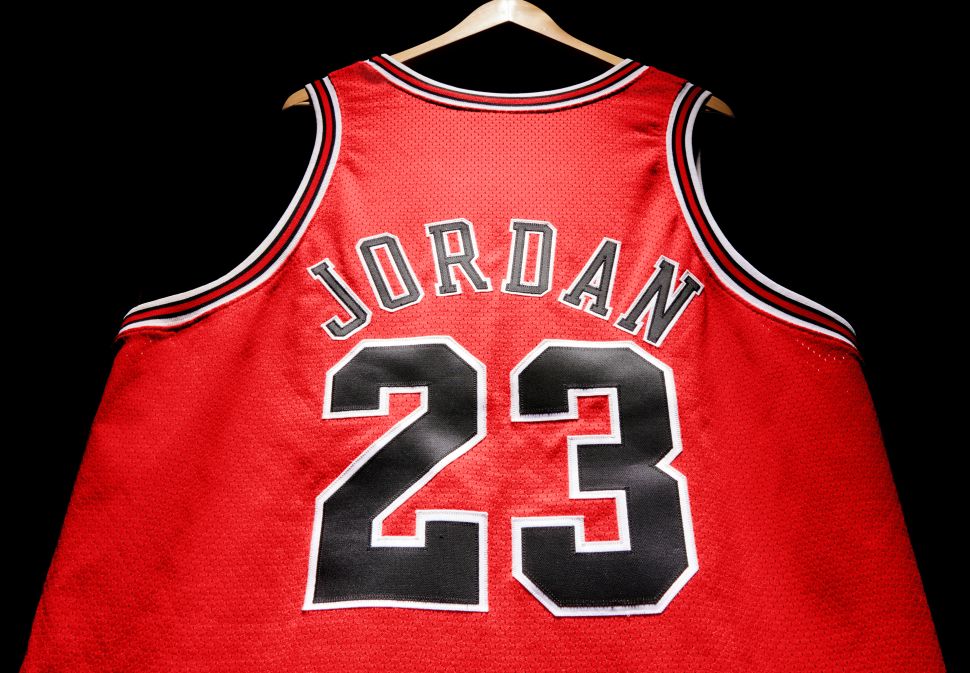