SpaceX will grant T-Mobile, the second-largest wireless carrier in the U.S., access to its next-generation Starlink satellites to provide text messaging service to customers in remote areas with no cell towers. The partnership could also be the beginning of a new lucrative business for SpaceX.

Despite powerful LTE and 5G wireless networks, T-Mobile says more than 500,000 square miles of the U.S. continent and vast stretches of ocean have no cell signals from any carrier. Satellite-based mobile service will be most useful to people who live in remote areas or those caught up in emergency situations without any means to call for help.

“We’ve all read about someone who was hiking, got lost or died of thirst or exposure,” SpaceX CEO Elon Musk said at a live event at SpaceX’s Starbase facility in Boca Chica, Texas Aug. 25. “You could conceivably be stuck on a desert island and be talking to a basketball and now you can call for help.”

T-Mobile will begin using Starlink V2 satellites, scheduled to launch next year, to test messaging services before the end of 2023 with plans to expand into voice and data services in the future. The messaging service will be included in T-Mobile’s most popular plans at no extra cost, T-Mobile CEO Mike Sievert said.

Satellite to compliment cell service, not replace it

The satellite service was meant to supplement existing networks, not replace them, Sievert said. Cell phones will automatically connect to satellites only when there is no local coverage available.

T-Mobile’s Starlink service will initially be available in the continental U.S., Hawaii, parts of Alaska, Puerto Rico and territorial waters. The terms of the collaboration were not disclosed. Musk said SpaceX is looking to make the service available outside the U.S. in the future and partner with more carriers.

If Musk can deliver on that promise, it could open up an important revenue stream for SpaceX. The Starlink program currently makes money by selling satellite-based internet service for a monthly fee starting at $110 and terminals starting at $599. SpaceX told the Federal Communications Commission (FCC) in May it had more than 400,000 individual and corporate customers in 39 countries.

Earlier this month, the FCC rejected SpaceX’s application for nearly $900 million in subsidies to provide satellite internet to rural customers. The agency said it worried SpaceX’s $599 terminal would be too expensive for some customers and that the company “failed to demonstrate that the providers could deliver the promised service.”

The T-Mobile collaboration may give SpaceX more data to support its FCC application if the partnership moves into mobile internet service using Starlink. The subsidies are part of a $20 billion federal fund to incentivize telecom companies to extend internet service to rural and underserved locations. 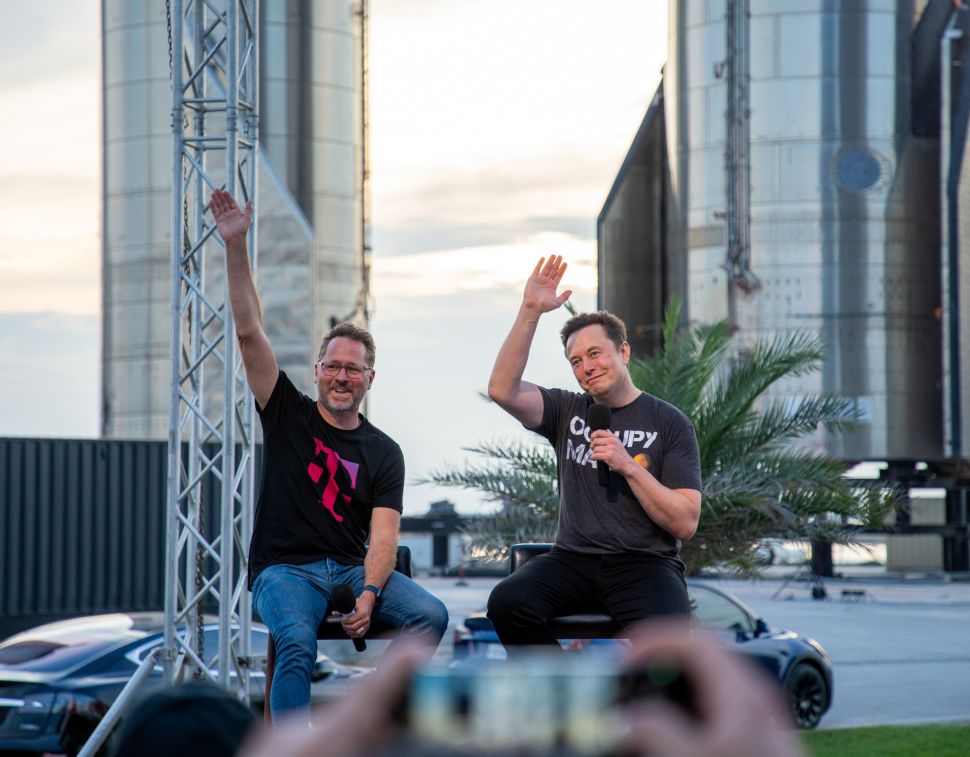