Lanternflies, a colorful but invasive flying bug, were first spotted in the city back in 2020. So why are New Yorkers suddenly up in arms over the insects?

Spotted lanternflies first arrived in the U.S. in 2014, when a landscaping stone imported from Korea inadvertently brought eggs to Pennsylvania. The insects made their way to Staten Island two years ago and have since spread across New York, with sightings additionally reported in states like Ohio and Indiana.

While New York’s Department of Agriculture received nearly 5,000 reports of lanternfly sightings last year, reports have risen to 9,500 so far in 2022. “If you see a spotted lanternfly, please squish and dispose of this invasive pest,” spokesperson Megan Moriarty told the Observer.

According to Eshenaur, lanternflies in the city primarily pose a nuisance to residents. The insects, which are native to a region in China, feed on plants and don’t sting or bite humans. After feeding, they exude a sticky substance called honeydew which can coats objects such as cars or picnic tables and attract yellow jackets. If left alone long enough, the honeydew can also develop fungus.

Lanternflies pose a serious threat to the grape and wine industry

While lanternflies don’t typically enter apartments, Eshenaur has received reports of the insects found on high floors of buildings. “Sometimes they think buildings are trees and will be found dead at the base of skyscrapers,” he said.

New York Senator Chuck Schumer on Aug. 14 announced the infestation of most of upstate New York, calling for $22 million from the U.S. Department of Agriculture to mitigate the insect’s spread among vineyards and crops in the area.

Eshenaur is grateful the insects don’t pose a significant harm to other types of crops. “We’re relieved to know the impact on other agricultural commodities is not as serious as it might be.”

His main concern is the spreading of the species, assisted by accidental transportation of adult insects or eggs. “We don’t think eradication is possible. We’re probably going to have to live with this insect,” Eshenaur said.

However, he believes the spotted lanternfly population will eventually drop off in size after it reaches a peak. “Are we at the peak this year in New York City? I’m not sure. It might be in the next year or two.” 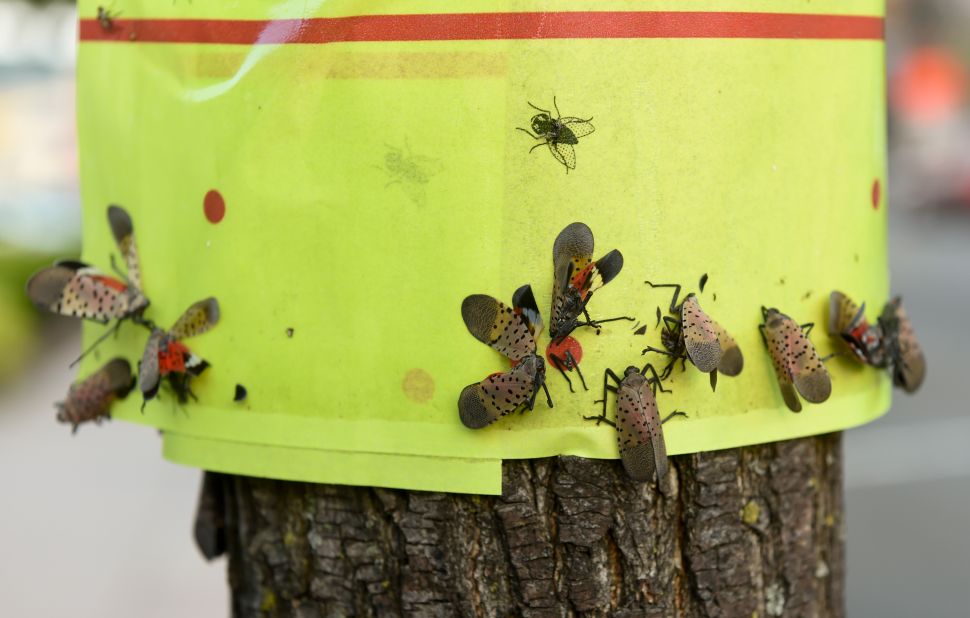