A U.S. federal district judge has ordered Starbucks to reinstate seven pro-union workers at a store in Memphis, Tennessee who were fired in February, a potential setback for the coffee chain as it seeks to tamp down on burgeoning labor movement. In an Aug. 18 order Judge Sheryl Lipman ruled the coffee chain appears to have violated federal labor law in light of evidence that Starbucks discriminated against pro-union workers, and said the company must offer reinstatement to the workers within the next five days.

The workers, known as the “Memphis 7,” were fired several weeks after being interviewed by a local media outlet about their decision to file for a union election. When a Starbucks district manager found out the employees had stayed in their store after hours to speak with the media, he made the decision to terminate the workers, citing safety and security violations. The National Labor Relations Board (NLRB) petitioned for injunctive relief for the workers in May, arguing they had been unlawfully fired for exercising their right to form a union.

Jennifer Abruzzo, the NLRB general counsel, said the decision “is a crucial step in ensuring that these workers, and all Starbucks workers, can freely exercise their right to join together to improve their working conditions and form a union.” Starbucks issued a statement saying the company strongly disagrees with Lipman’s ruling, and plans to appeal.

The NLRB has also asked for seven terminated pro-union workers in Buffalo, New York to be reinstated. In June a judge ruled against the NLRB and declined to reinstate three workers who were fired in Arizona while organizing. 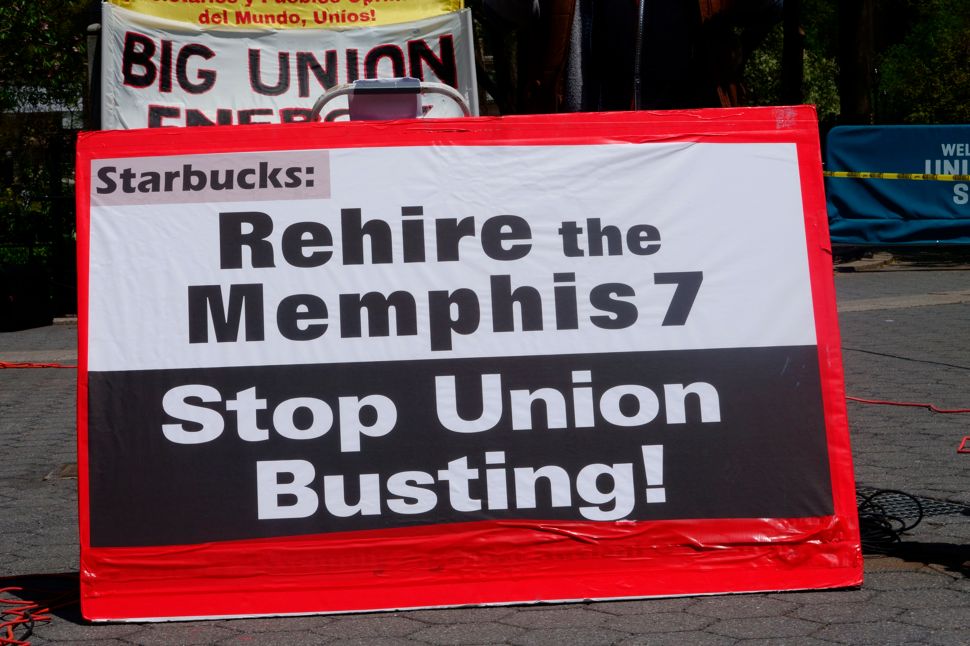