Every season of The Bachelorette promises to be “the most dramatic ever.” Previews tease jaw-dropping twists, beautiful international locations, multiple scenes of the lead crying over various men, and, yes, some romance. But over the years the show’s formula has become stale, and with the streaming boom ratings have dropped. In response, producers have tweaked the format, with the current season of ABC’s dating series employing a “new” gimmick to entice audiences: two bachelorettes.

Throughout the 19th season, the host, leads, and contestants comment on the novelty of two bachelorettes what feels like a million times. But despite the show’s insistence that this has “never been done before,” it has, twice, and with questionable results. The producers seem to be trying to rewrite that history, pitching Gabby Windey and Rachel Recchia as a dynamic, feminist duo who put each other first and take no shit from any of the men who aren’t there “for the right reasons.” Yet, only a few episodes in, the women have been pitted against each other more than once, with indications of plenty more conflict to come. This season is shaping up to be the same as the rest, except this time two women bear the burden of rehabilitating the image of the troubled franchise instead of one.

In a recent interview, People asked former bachelorette and Bachelor franchise co-host Kaitlin Bristowe what she thought about the current season. Referring to the show having two leads, she responded, “Why are we doing this again? . . . I thought we learned our lesson the first time.”

The two-part premiere was a mess, and not in a fun way. During part one, Britt remarked “I almost feel like I have to go and, in 30 seconds, prove myself as wife material so they put their rose in my box.” A contestant echoed that sentiment, “Once there’s one of them, it becomes harder for us. But right now, they’re in the hot seat.” Another contestant got wasted, called the women “hoes,” and grabbed Kaitlin’s ass. In part two it was revealed that the men voted for Kaitlin, and Britt was sent home in tears.

Needless to say, viewers and critics were outraged. Salon dubbed season 11 “the most sexist and degrading Bachelorette to date.” Refinery29 called it “mean.” In pitting Kaitlin and Britt against each other the franchise took away their power and encouraged the men to compare them. Speaking to The Hollywood Reporter in 2015, Kaitlin said that the twist made her uncomfortable.

During season 16, the producers once again opted for two bachelorettes, although not at the same time. Former Bachelor contestant Clare Crawley was initially selected to lead the season, but after hitting it off with contestant Dale Moss, the two got engaged and left the show. (Whether the pair chose to leave or were forced off by producers to spice up the season is still up for debate.) Another former Bachelor contestant Tayshia Adams swooped in to assume the role of bachelorette, with some speculating that the franchise had her waiting in the wings well before Clare left the season. While the season played out as usual after the switch, I have to emphasize that Tayshia dated the same men that had been getting to know Clare. The producers simply swapped one woman for another, expecting the contestants to not much care — and aside from one man who left in response, they didn’t.

The Bachelor franchise is a cultural touchstone. One of the longest-running reality shows of all time and one of the first dating series, the ABC juggernaut has spawned countless copycats as well as self-aware spoofs such as Joe Millionaire, FBoy Island, and Flavor of Love. Former Bachelor producer Sarah Gertrude Shapiro created an entire series, UnReal, based on her experience working behind-the-scenes on the show, which she hated. People have written about the series ad nauseum (guilty), recapping episodes, spoiling seasons’ outcomes, and dissecting the drama to determine what’s real and what’s fake. The franchise has become so ingrained in the U.S. pop culture lexicon that it’s impossible to count just how many times SNL has parodied the show. I even helmed the Bachelor bracket at my workplace for a few years.

But most of the commentary doesn’t take the show at face value, and much of the interest is morbid curiosity, rather than genuine enjoyment. Similar to wrestling, The Bachelor and Bachelorette don’t try that hard to hide that their drama is manufactured. Over the years many former bachelors and bachelorettes have said as much, including Kaitlin, admitting to accepting the gig for fame rather than to find love. We flock to our screens fully aware of the artifice. Even 20 years ago, the premise of a person choosing between dozens of goo-goo-eyed suitors was absurd. In 2002, The New York Times dubbed The Bachelor “one small step for man, 25 backward for women.” The show was so enticing in part because of the way it intentionally deviated from modern norms around sex, gender, dating, and love. The blatant sexism has always been the point of the show, which centers thin, rich, white people finding love — we watch it because we hate it.

However, in the two decades the franchise has been around, the world has changed, and hate-watching The Bachelor/ette isn’t as appealing as it once was. The streaming boom and the shift in TV-watching habits due to the COVID-19 pandemic are certainly partially to blame. But interest in the series has been waning for years. The previous season of The Bachelorette  averaged a 0.65 rating in the 18-49 demographic and 2.89 million viewers. In comparison, the show’s 10th season, which aired in 2014, averaged a 1.47 rating in the same demographic and 6.76 million viewers. In the past eight years, cultural consciousness has shifted, and our collective expectations for representation on screen have heightened. And as a result, the franchise has clumsily attempted to pivot to compete with newer and racier shows like Love Island and Love is Blind and enter the 21st century.

Over the past decade the series has become noticeably more diverse, with multiple leads of color and Black contestants who actually make it past the first few rose ceremonies. But as the producers have attempted to make incremental, profitable changes, there have been severe growing pains. The franchise has been mired by controversy in recent years, including allegations of racism against the show, contestants, and longtime host, Chris Harrison, who stepped down from his role in 2021. In 2019, Bachelor creator Mike Fleiss was accused of domestic assault by his then-pregnant wife Laura, but the blowback was minor, and he remains showrunner to this day.

Season 19 of The Bachelorette is the producers’ latest attempt to get with the times: recycle the old idea of having two leads, but make it “feminist.” (Just pretend like those previous two seasons never happened.) But a show whose entire hook is a backward-thinking social experiment isn’t built to reflect modern or progressive values. While Gabby and Rachel seem to have a genuine friendship, over the course of the first four episodes, viewers have seen them humiliated, compared, insulted by their suitors, and made to handle it all with grace. In the latest episode, Rachel asserts through tears that she feels more insecure and desperate as the bachelorette than she did as a contestant on a particularly messy season. The “girl power” themes the producers are trying to sell this season are just an elaborate facade — beneath is double the tears, double the anxiety, and double the suffering.

On July 25, the official Twitter account for The Bachelorette tweeted out, “Will Gabby and Rachel take the power back into their own hands? Find out TONIGHT.” The problem is there’s no power to take back, and there never was. 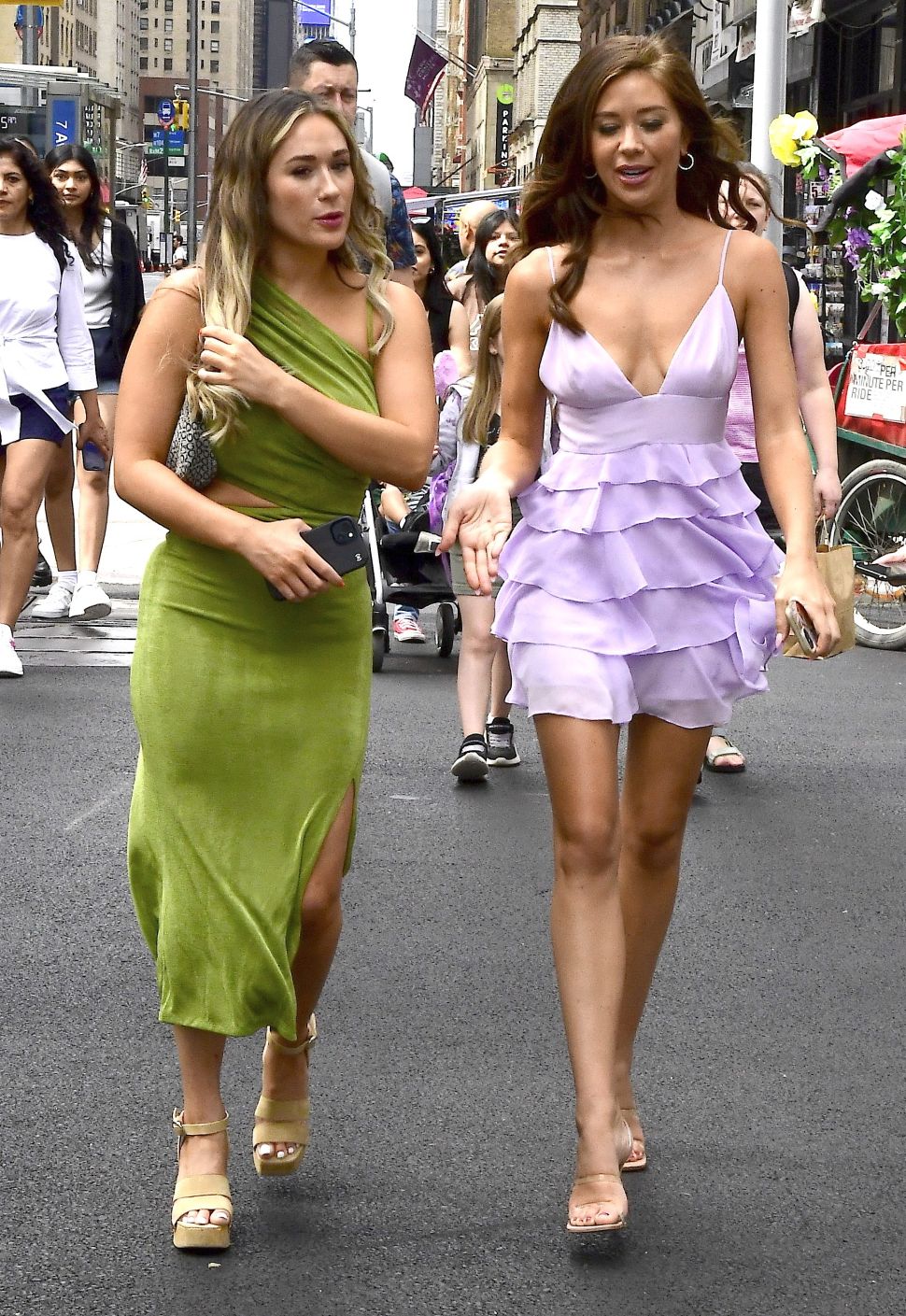