The Big Ten Conference has reached a seven-year agreement worth more than $1 billion annually that will split its games between multiple broadcast networks, including Fox, CBS and NBC, the New York Times reported today (Aug. 18). The deal, which will take effect in July 2023, covers all men’s and women’s sports in the conference, is the largest sum for any college sports league to date.

ESPN, which has broadcast Big Ten games since 1982, will not participate in the new deal due to fumbled negotiations with the network’s owner Disney, according to the Times. Instead, ESPN will host games from other leagues including the Southeastern , which has traditionally called CBS home. Sean McManus, CBS Sports chairman, said he felt the Big Ten would “pay more dividends for us than the SEC deal would have.”

The Big Ten, which now has 14 schools and will expand to 16 in 2024, and 14-team SEC have competed to be college football’s supreme conference for decades. 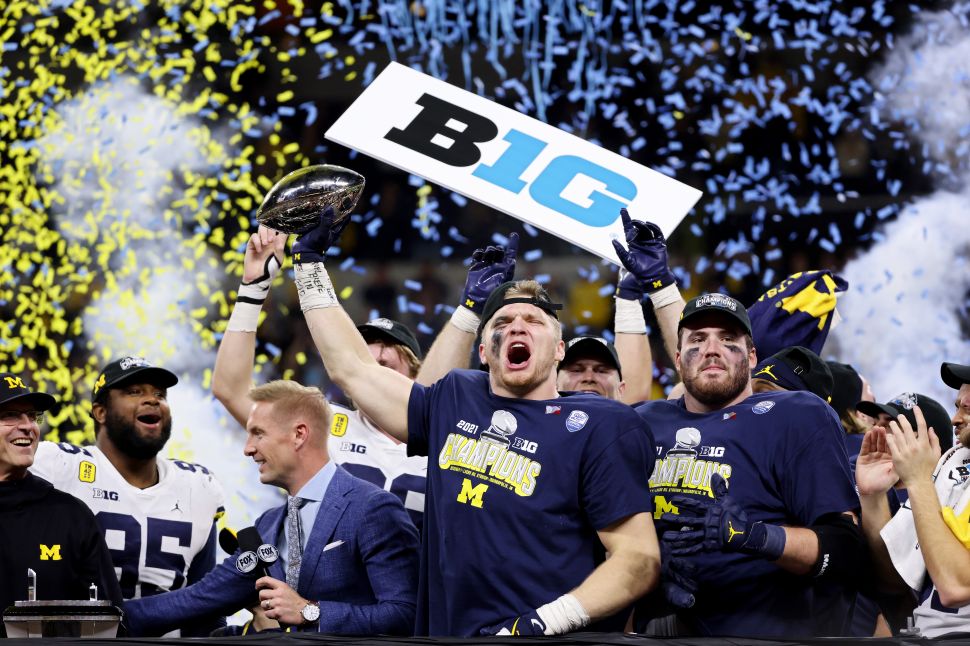